10 reasons why Google should buy the remains of Radio Shack

Everyone has known for years that RadioShack was dying. Heck, in 2007, the mainstream satirical Onion ran a story, Even CEO Can’t Figure Out How RadioShack Still In Business. That story hit between the time the iPhone was announced and when it was launched, to put it into perspective.

But modern smartphones actually helped keep RadioShack alive while, at the same time, undercutting its product business. RadioShack lived and died by smartphones.

Bloomberg reported yesterday that RadioShack was pursuing a bankruptcy plan, which would see it sell half its stores to Sprint, a few others possibly to Amazon and boarded windows for the rest. The WSJ previously reported that the price tag was in the $50M range.

I think Google needs to step in and take over RadioShack. Here’s why:

1. Google needs a retail presence. It has a growing line of hardware with its Nest acquisition and needs to be able to counter competitors like Apple with retail space. It floundered with its attempts at retail last year with its barges project, and its Holiday Winter wonderland shops aren’t nearly enough to keep public interest. Oh, and Google is planning to become a carrier itself so why not just plop down 5000 points of presence?

2. Competition: If Amazon truly is looking at some RadioShack stores, then Google shouldn’t cede that ground to the Kindle Fire. Apple’s huge advantage over Google lies in its retail presence. You just can’t rely on a Best Buy or AT&T employee to properly exhibit and sell your phones and tablets. Apple has had a lot of success with stores and that trend shows no signs of abating.

3. Google needs to get Nexus devices into more hands. Literally. It is hard to make a $650 purchase based on some pictures and video on the Internet. Actually holding a Nexus 6 in your hand and using one in person would go a long way in getting Google hardware to customers that would otherwise not purchase a phone or tablet they couldn’t demo in person beforehand. I know Best Buy and the carriers have demo devices but the are often barely in working order, not connected to the Internet, and so greasy/boogery that no one wants to touch them.

The same could be said for Google’s Chromebooks. To continue to compete with Apple and Microsoft in Education as well as expand its reach to the non-techie crowd, Google needs to have its own physical presence.

4. Nest is expanding. I’ve heard things like Security (Dropcam could be considered a first step here), circuit breaker boxes, and even lawn watering systems are all being worked on in the Nest Labs, so a retail presence would be an important addition here. Show people walking by in the mall how a Nest pays for itself in 2 years, don’t create a blog inforgraphic.

5. As Google Fiber expands, the company could definitely use a brick-and-mortar location for customer service. See how fast Fiber is first hand and how the service interacts with other Google products. Google might also benefit from retail locations as Fiber grows and it needs to service customers locally on a larger scale for things like returning hardware and new installations.

6. Project Ara is going to retail later this year in Puerto Rico, where Google will be selling the modular phone out of food trucks. With a retail presence, Google would have somewhere for people to go build and customize their Ara phone and test new modules.

7. Accessories. You can buy all matter of iPhone and iPad cases and nicknacks in mall kiosks, but Android offers are usually limited to a few Galaxy items. This is a high margin area that Google could actually make some money on. All of the companies alienated by the Beats purchase by Apple (Bose, Harman, Ultimate Ears/Logitech, etc.) would love to share some space with Google.

8. Repair. Something that Apple excels in is on-site repair. Instead of reading Reddit all day, those sales folks could be fixing your Chromebooks and servicing other Google hardware in their downtime.

9. Maker stuff. There are all kinds of Maker “Internet of Things” (ugh I hate that term) products being announced every day on Kickstarters. What better place to showcase these products. Google could literally rent out space in their stores for these Maker products to be showcased. People could even *gasp* purchase Maker stuff here. RadioShack has already made some strides here, but Google could take it so much further and also tout its Cloud offerings to connect these devices.

Just as Apple has meetups at its Apple Stores, Google could do the same at RadioShacks. Makers could meet other community members who are doing neat things.

10. Carrying the technology torch. Google spends a lot of money on Google X projects like project Loon, Lunar X Prize, Robots, Driverless Cars, and other research projects without a clear revenue end game. The short term purpose of these initiatives is to keep Google’s engineers interested in what’s out there and keep the public in awe at what Google technology can bring to the world. Perhaps Google could cut human resource costs and have Andy Rubin replace some of the employees with robots?

A public face in every mall in America would expand Google’s innovation initiative and even provide a fertile recruiting grounds for future employees in much the same way Apple Retail employees sometimes make the leap to corporate.

RadioShack is relatively cheap at $50M having lost most of its value and entering bankruptcy talks, but the long term turnaround would be a huge revenue and resource distraction for Google. Also, about a quarter of Radio Shack stores are franchised so there would either be a large buyout or contract termination built into the purchase. 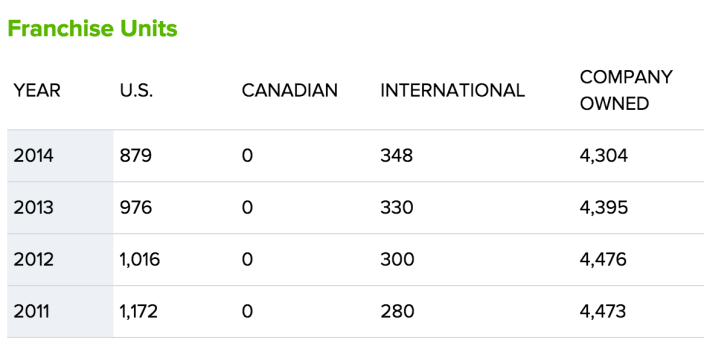 A RadioShack purchase would also instantly alienate carrier partners and Best Buy/Target/Walmart. To mitigate this, it would be important to distinguish that Google is trying to do what Apple does with its retail stores – though I’d argue that Apple tends toward upscale where RadioShack/Google are at best mid-market players that attract the same audience as Best Buy, Walmart, and Target.

Google also took a big loss on its last purchase of an iconic American Brand, Motorola – though at $50M, RadioShack would be more than 100 times smaller, initially. I’d argue that Google should have stuck with the purchase longer and the sale was short-sighted (and to appease Samsung). Lenovo reported that Motorola sold 10M smartphones in the holiday quarter, a record. Dennis Woodside had turned the company around but Google didn’t stick around to capitalize.  Google will need to take its ADD medication for a RadioShack purchase to become fruitful.

In one swift move, Google could immediately have a bigger retail presence than Apple with almost 5,000 US stores, a rejuvenated workforce (at least to start with) and a somewhat lucrative business model selling carrier Android devices and accessories.

Over the first year, Google could manage continuing losses while training up current and new staff on Google products, redesigning the stores to be more inviting, and switching product lines to become more valuable. Apple and Tesla have both proven that high tech companies can prosper in retail. Microsoft and Amazon are both making efforts to get into retail as well.

This is a perfect opportunity and fit for Google. I really hope they take it.