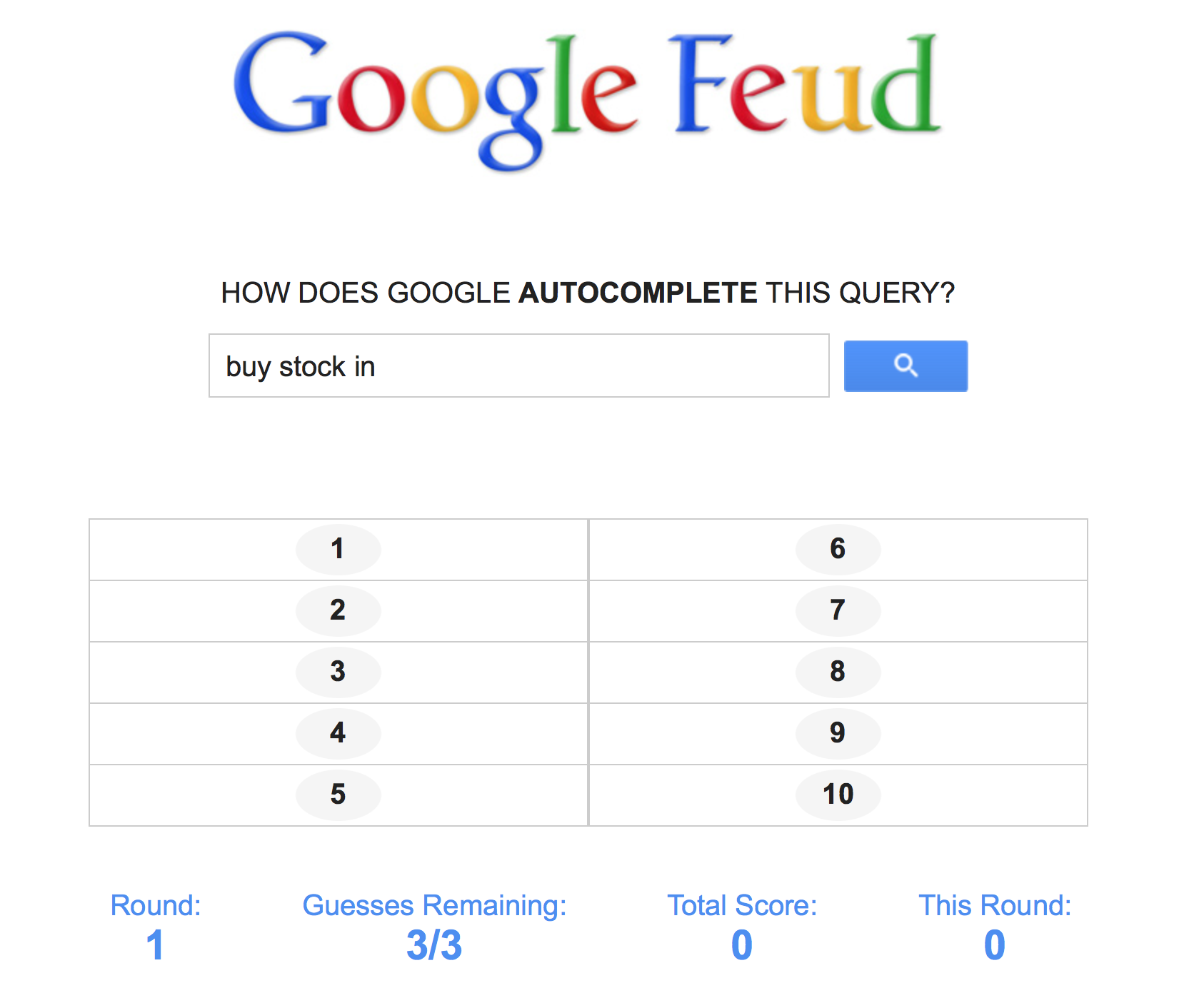 Surely by now you’ve seen various jokes about Google’s autocomplete feature, which suggests endings for your search terms based on what other people commonly search for, but now a new game will test your ability to predict those sometimes nonsensical queries.

The game is called Google Feud, and, as the title suggests, it works in basically the same way as the popular TV game show Family Feud. The game presents players with an incomplete search item and asks them to guess the top ten crowd-sourced recommendations Google makes to complete the phrase. The answers are pulled in via the Google API in real-time to ensure the most up-to-date information.

Unlike the game show, Google Feud actually lets players pick the category of the unfinished search term. There currently only appear to be four to choose from: culture, people, names, and questions. Players earn points for every successful guess, and the highest scores are recorded on a weekly scoreboard.

Unfortunately, it seems the site is being bogged down by heavy traffic at the time. As a result, Google’s API has apparently stopped returning answers, making it impossible to play right now.

Update: It looks like Google Feud has been shut down for the time being… 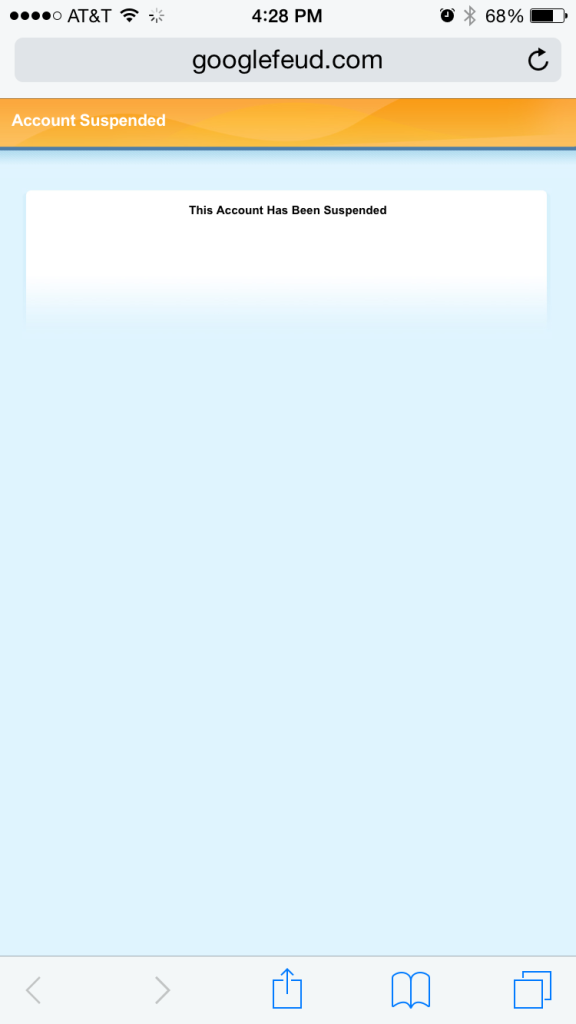