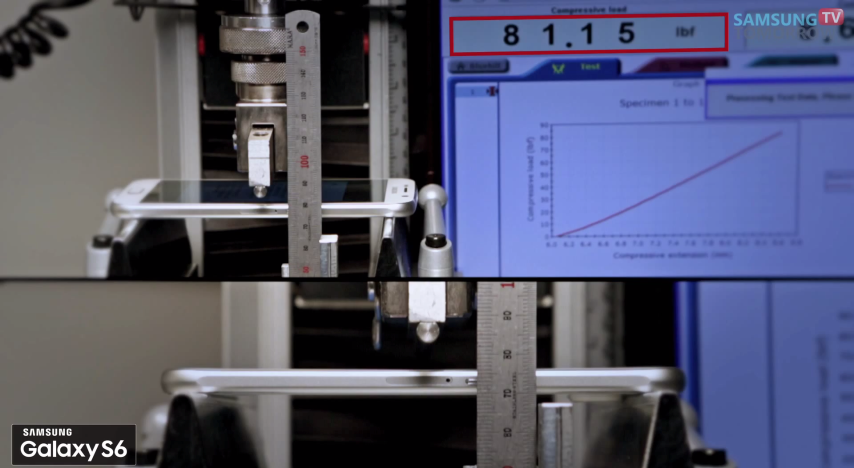 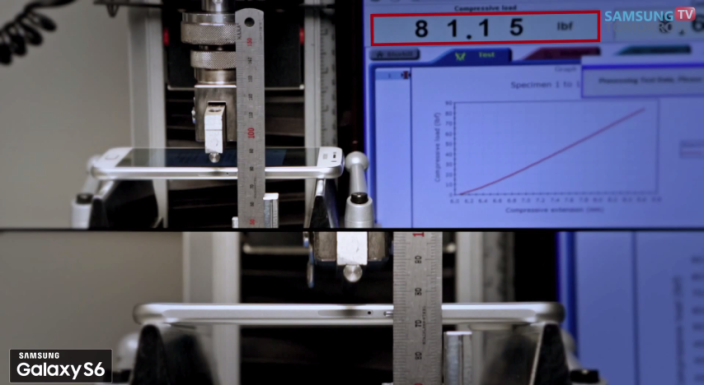 Following a bend test video released last week showing the Galaxy S6 as actually more fragile than the iPhone 6 Plus, Samsung has today released its own video that is definitely closer to being marketing material. While the other video pushed the iPhone 6 Plus, the HTC One M9, and the Galaxy S6 edge to the absolute limit, this video from Samsung tops the pressure off at 80 pounds to show off the phone’s durability…

The video starts off by giving some odd comparison between the strength of pencils and that of the company’s smartphone, and it appears that the Korean company is using the 80 pounds of pressure benchmark simply because it would take that much pressure to break 5 pencils. It doesn’t make much sense, but Samsung says arbitrarily that “this is considered an extreme condition.”

Unsurprisingly, the Galaxy S6 and S6 edge do fairly well under these conditions, and come out completely unharmed. But in the test we saw last week the Galaxy S6 edge reached bending point at around 110 pounds of pressure, but didn’t fare very well overall. The S6 screen cracked at this pressure, and saw its complete destruction at a lesser 149 pounds—less weight than the iPhone 6 Plus.