You can’t browse through George R.R. Martin’s fictional continent of Westeros from the hit series Game of Thrones on Google Maps just yet, but you can now at least see what that might look like thanks to Reddit user salvag. Below you’ll find the beautiful Westeros map recreated by salvag, which is very nicely designed in the flavor of Google Maps.

And no: he claims this map contains no spoilers. It’s even available as a poster for sale on Etsy, starting at $21 before shipping. 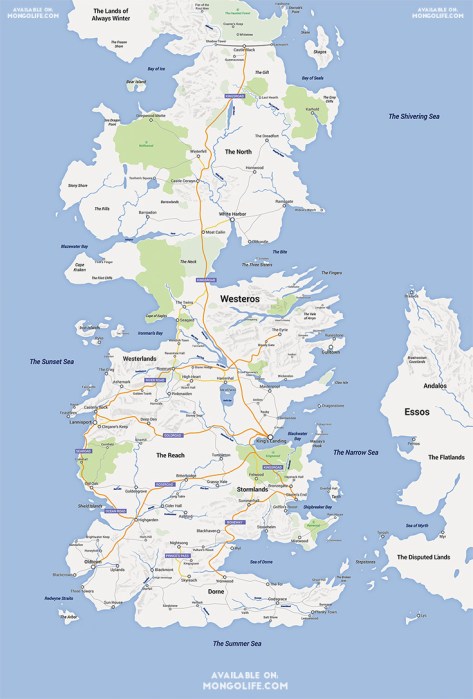 Maybe someday Google will grant our wishes and create something more interactive. Until then, however, Game of Thrones fans might want to try QuarterMaester.info, which includes all the continents from the series along with a “spoiler control.”

The idea of Google Maps being used for non-Earth or fictional locales is not a new one, with one of the more well-known examples being Google’s own recreation of Mars using the Maps software.