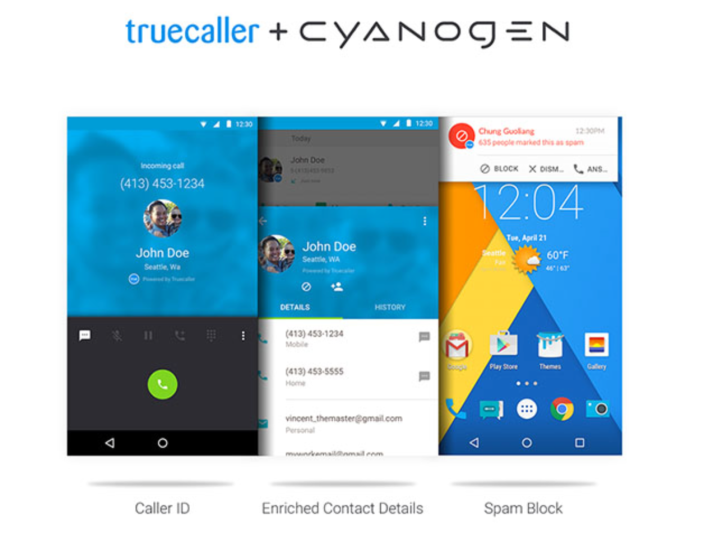 What’s special about Truecaller is that it can be thought of as a sort of crowdsourced telephone directory. If you use Truecaller, it will look up numbers in its database as they come in and tell you who’s calling even when if not in your contacts, and will also let you know when a number has been reported as spam and let you do the same. The company has previously partnered with a number of manufacturers to preload the app, but this is the first time Truecaller’s services will be directly integrated into a mobile operating system.

The partnership with Cyanogen will see Truecaller’s spam-blocking and caller ID features integrated into the Cyanogen OS dialer on all future devices that ship with the OS. Those who already have a Cyanogen OS-powered device will receive an OTA update in the coming months with Truecaller included. While it will be baked directly into the dialer and not just added as a pre-loaded app, you’ll have the option to opt in or out when you start using the device. Cyanogen diehards will be glad to know that this does not affect the main open source CyanogenMod version of the software.

For the uninitiated, Cyanogen is a mobile OS built on the Android Open Source Project (AOSP) meaning that it’s the Android you may be familiar with, but with Cyanogen’s own tweaks and improvements to the “vanilla” Android experience—and none of Google’s official apps. Cyanogen monetizes the development of its OS by creating a spin-off commercial version, called Cyanogen OS, where it partners with different companies for services like mapping applications, packages it all up, and then sells it to an increasing number of OEMs including OnePlus and Oppo who preinstall it on their devices as the main OS.