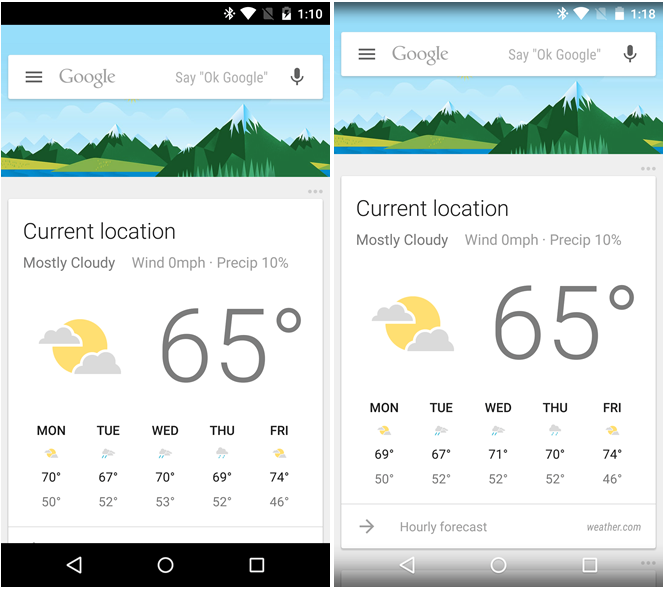 With Google I/O right around the corner, the company is prepping its apps with minor updates ahead of the expected larger changes to come later this month. This evening, the Google App on Android received a minor update with a few visual changes. For users of custom launchers, the update enables full screen mode for Google Now.

Google Now users that chose not to use the stock Android launcher have always been forced to view an interface with black navigation and status bars. With today’s update, however, status and navigation bars are now transparent for all users.

The update is rolling out now via the Play Store, but as usual it appears to be staged. This means that it could take a few days to hit your device, so be patient.