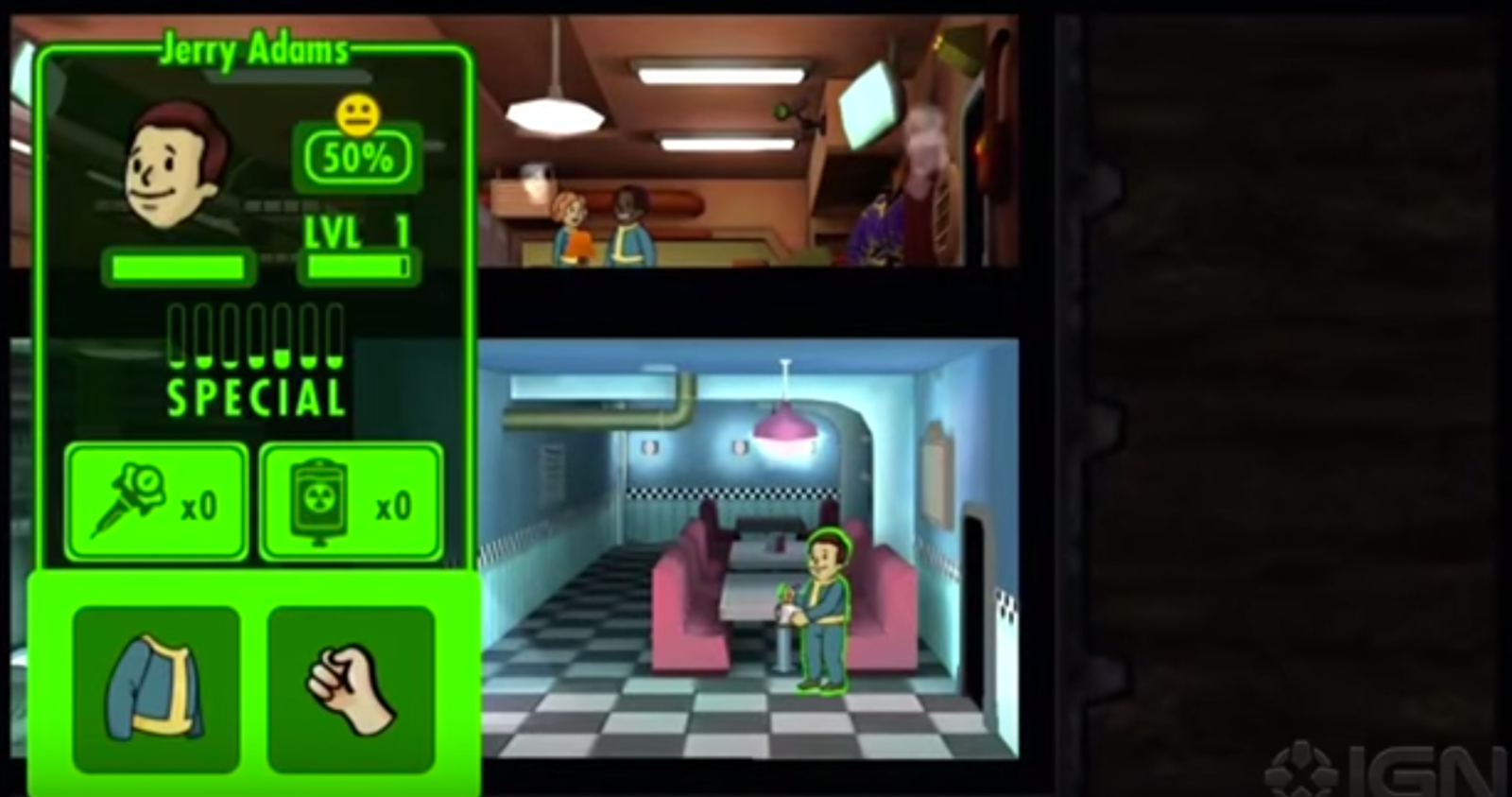 Update: Bethesda says it’s going to be a few months…

Bethesda, the developer behind the popular ‘Fallout’ franchise of post-apocalyptic games for consoles and desktop computers, announced yesterday at E3 a new free-to-play mobile game for Android (and iOS) called “Fallout Shelter”.

Unlike previous Fallout games, your objective won’t be to survive in the wastelands, but rather to control the people living in the vault — a wartime bunker housing survivors of nuclear disaster—and keep them productive and happy. Each person in the vault has full viewable statistics — job title, health status, etc — and you can do things like give them new outfits and weapons, and send them off into the wasteland on adventures to collect food and other necessities. Fortunately things won’t ever stay too slow for long, as accidents can happen like fires breaking out, and sometimes raiders will even break into the vault and you’ll find yourself having to get your dwellers to fight them off. Also since most dwellers won’t ever leave the vault in their lifetime, you’ll see them go through their whole lives from learning in school to dating, having children, and dying. Fun.

The game will be a timed exclusive on iOS, but Bethesda assures us that it will be available on Android shortly as well.

Yes, we're also working on Fallout Shelter for Android. Hopefully out in a few months.