ASUS ZenFone 2 Review: One of the best budget Android smartphones despite its build and bloat (Video) 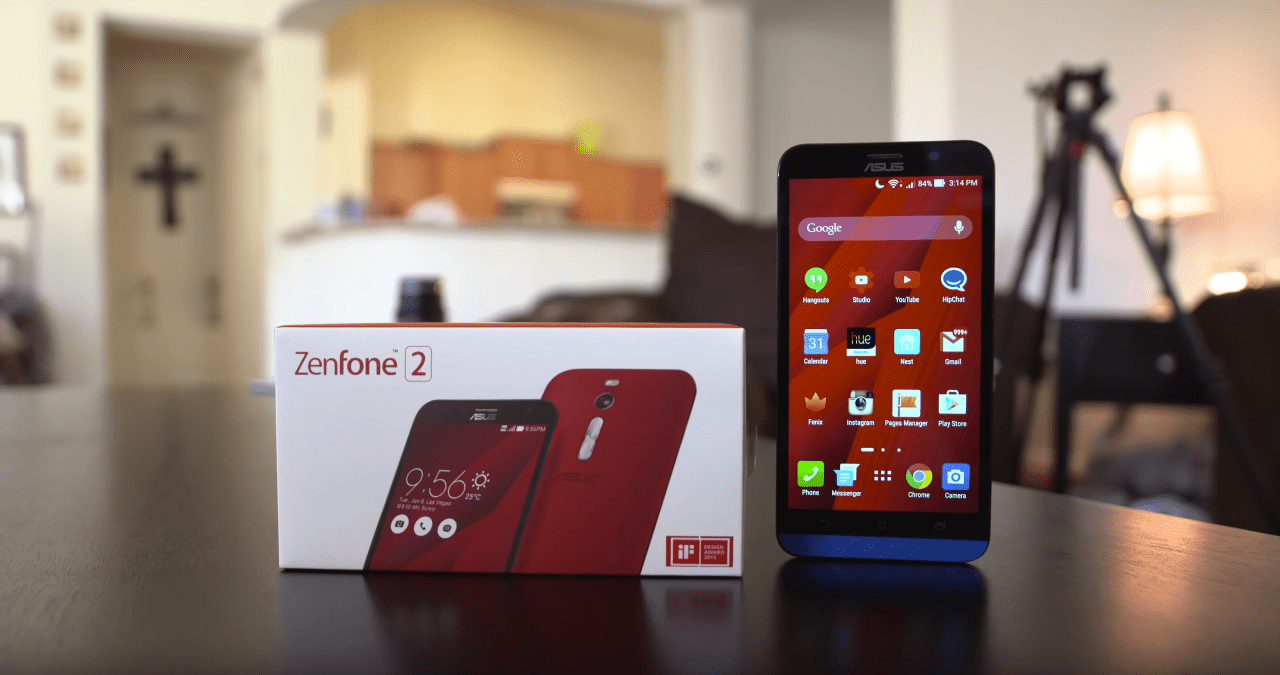 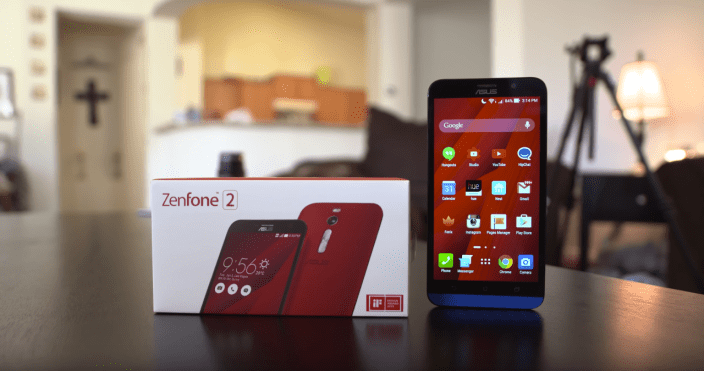 I first took a look at the ZenFone 2 when it was announced back at CES, and I remember standing at the ASUS press conference actually very impressed with what ASUS managed to do here. While many that I talked to immediately discounted the device — because, well, it is another ASUS ZenFone — I stood behind it as someone who had actually tried it out first-hand. The phone packs some great hardware, and while it was assumed that this was just going to be another underwhelming mid-range handset to clutter the 2015 lineup, I thought this one actually deserved a second look.

Four months after the phone’s announcement in January, it finally went up for sale for North American customers on Amazon. There are two variants here, the first being a lower-end model that costs just $200 and sports 16 GB of storage, and the second is the 64 GB model, coming in at $300. We’re going to be taking a look at the higher-end model in this review, and that’s worth noting because storage space isn’t the only differentiator between these two devices. The high-end $300 model also sports a better processor, as well as that record-breaking 4 GB of RAM…

The phone feels pretty good in the hand. It has a very familiar LG G-series like design with a volume rocker around back, along with the rear camera and flash positioned above that. The back is plastic — available in black, silver, gold, and red — and what sets this phone apart from most flagships is that this rear cover is actually removable. Within you’ll find access to the two SIM card slots, and the microSDXC slot. And while one downside here is that the battery isn’t removable, this overall physical layout allows both sides of the device to be completely free from buttons and slots — which, as I mentioned, feels pretty nice to hold.

Here’s our video review, from our own Dom Esposito:

The hardware here is clearly not premium, though. Unlike the Samsung flagship Galaxy S6 and S6 Edge, the iPhone 6 and 6 Plus, and even the HTC One M9, the ZenFone 2 is still plastic. It’s obvious when you’re holding it that you’re not getting fashion-friendly hardware with this phone — you’re getting a utilitarian design for the budget minded. Functionally, the phone has some drawbacks as well. As I mentioned, the battery can’t be replaced if it ever dies, and oddly, the lock button has been placed around top where it’s very difficult to reach for anyone that has average-sized hands. This is really notable coming from me, someone who has oddly long out-of-proportion fingers. Overall, though, the hardware is very impressive for what you’re paying — and might even be the best value on the market.

On the software side, the phone sports Android 5.0 Lollipop. This might be the big “yay!” of this review for those looking to get Lollipop’s Material goodness on the cheap, but I very regrettably have to inform you that the software — while not exactly bad — is another one of the very nit-picky reasons not to get the ZenFone 2. Judging the ZenFone 2 purely based on its ZenUI skin atop of Lollipop, I have plenty of complaints. As is the case with most Android skins, it’s pretty clear after booting up the phone that stock Android — a la Nexus — is better in almost every way. There are tons of little features that ASUS has baked in here to try and sell you the phone, and while many of these might actually be useful, I would have much preferred that ASUS go a little lighter on the bloat. There’s an ASUS Cover app for managing settings for the company’s flip case, ASUS Support for getting assistance with your phone, AudioWizard for choosing appropriate EQ settings, Auto-start Manager for choosing which apps can start in the background, a Backup app for backing up your files, Data Transfer for moving over files from an old phone via Bluetooth, and many, many more. This just cracks the surface; seriously, there are a couple dozen more apps pre-loaded on this phone. There’s even apps that are (inferior, in many cases) copies of those typically found on stock Android: Calculator, Calendar, Camera, Clock, Contacts, Gallery, Messaging, and “Browser”. Don’t forget the straight-up bloat, like an app for the Jawbone UP, Amazon Kindle, TripAdvisor, and more.

Most of these are not deactivate-able or removable by default, but thankfully, this can be remedied with enough determination. With the right know-how, you can pretty much remove whatever bloat you want — this is Android, after all — and you can replace the inferior apps with the many stock apps that Google has made available on the Play Store (and more seem to be coming slowly but surely). Starting with replacing the default launcher with the Google Now launcher, and the horrendous ASUS keyboard with the Google Keyboard, you can definitely make the experience a lot more enjoyable. Or, if you have the will-power to figure out how all of these pre-installed apps could be of use to you, be my guest. Like I said, the software on-board isn’t bad, it’s just annoying for those who know they would prefer a clean stock Nexus-like experience. 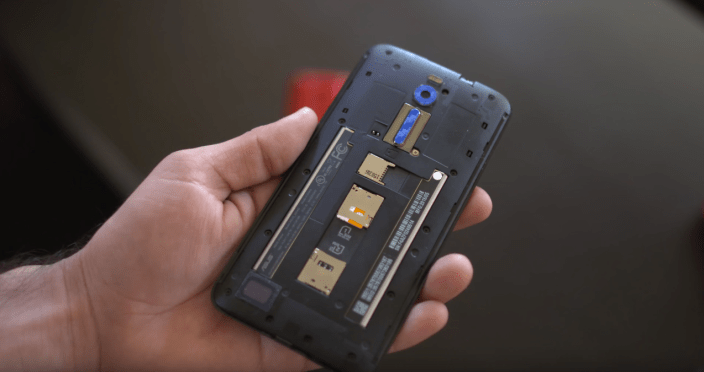 But even with all of these downsides (I know, this review has sounded almost miserable thus far), this phone is actually too good not to consider if you’re looking for a handset in the $200-$300 price range. I can’t help but compare it to the OnePlus One in many ways — at least philosophically. While the ZenFone 2 does pack an Intel processor rather than the sexier Snapdragon 800-series (and I would bet this partnership is part of how they got the price so low), I didn’t notice any performance issues after a few days of use. In many ways, this phone is a flagship phone at a budget price tag, and I think it should be reviewed as such. With 4 GB of RAM, Android Lollipop, and just an overall satisfactory hardware build, I would probably be in the market for this $300 handset if I didn’t have one already. And the lower-end model is a pretty decent option in its price range as well.

The ZenFone 2 was written off from the beginning because it’s an ASUS phone, but as I told many after its unveiling, this might actually be one of the best budget mid-range handsets of the year. It’s just a good device. And while it doesn’t really bring anything to the table — besides 4 GB of RAM, which in the real world isn’t really that much better than 3 GB — the ZenFone 2 does its job well. It has reliable capacitive keys on the front to help you navigate that Lollipop-based OS, and doing so (once you’ve removed the bloat to your liking) feels smooth and reliable. It’s nice that in 2015, we live in a world where you can get a powerful Android handset on the cheap and not have to sacrifice much in terms of performance along the way.