Google to remove Confederate items from its Shopping and Ads services 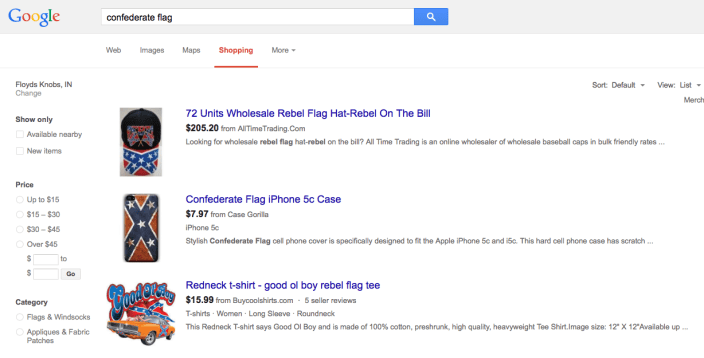 Following similar actions by Amazon and eBay, Google today announced that it is removing all goods with Confederate flag symbols from its Shopping service and Ad network. The move comes following a tragic shooting in South Carolina last week that took the li

In a statement to Re/code, Google stated that the Confederate flag violates its Ads policies, which prohibit content that could be perceived as expressing hate toward a group. A simple search on Google shopping reveals a plethora of products masked with the Confederate flag, ranging from actual flags to boots to clothing and to phone cases.

A search on the Google Play Store also reveals a variety of apps and music that promote the Confederate flag via wallpapers, games, and more.

Regarding its decision to remove Confederate flag content from Shopping and Ads, Google had the following to say:

While the offending content is still visible now, Google is expected to begin removing it soon. 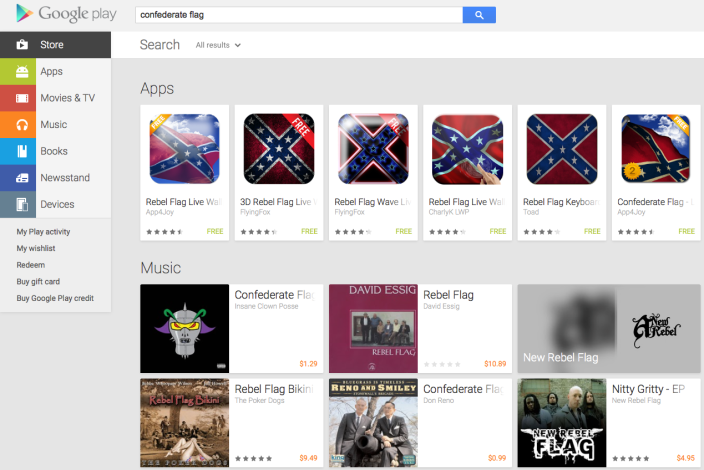