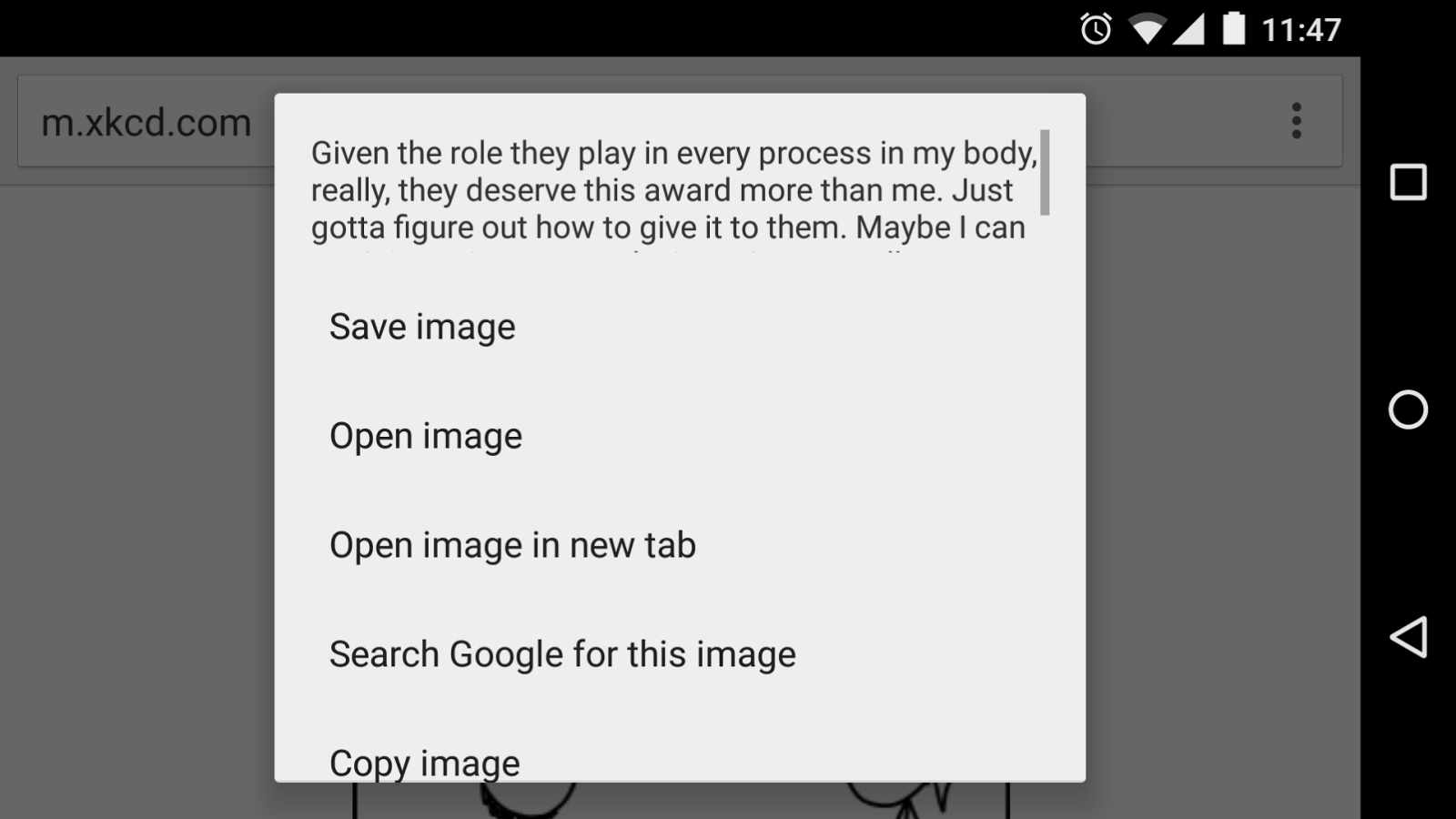 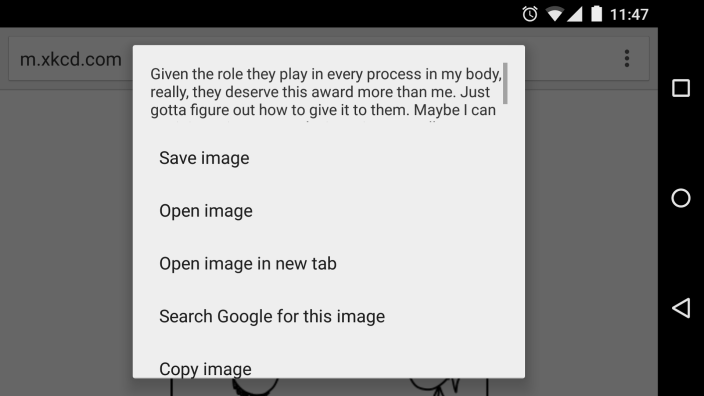 The Android version of Google’s Chrome browser has a neat new feature in it, if you’re willing to use a beta build of the mobile browser.

Now when you long-press on an image in the browser, a new menu will appear which includes the alt-text of the image in question. Alt-text, or alternative text, is a way to describe what an image is of in the HTML of the webpage. This is particularly helpful for those with vision impairments, as screen readers which can read webpages out loud are able to tell them what images on the pages they visit are depicting when alt-text is attached.

This new feature, shared on Google+ by none other than Chrome evangelist François Beaufort, could be useful, for example, when viewing any images with writing on them that have been scanned and posted online, where the text on them may be hard to read. Including what they say in the alt-text would make reading old texts easier. Chrome Beta for Android can be downloaded from Google Play.