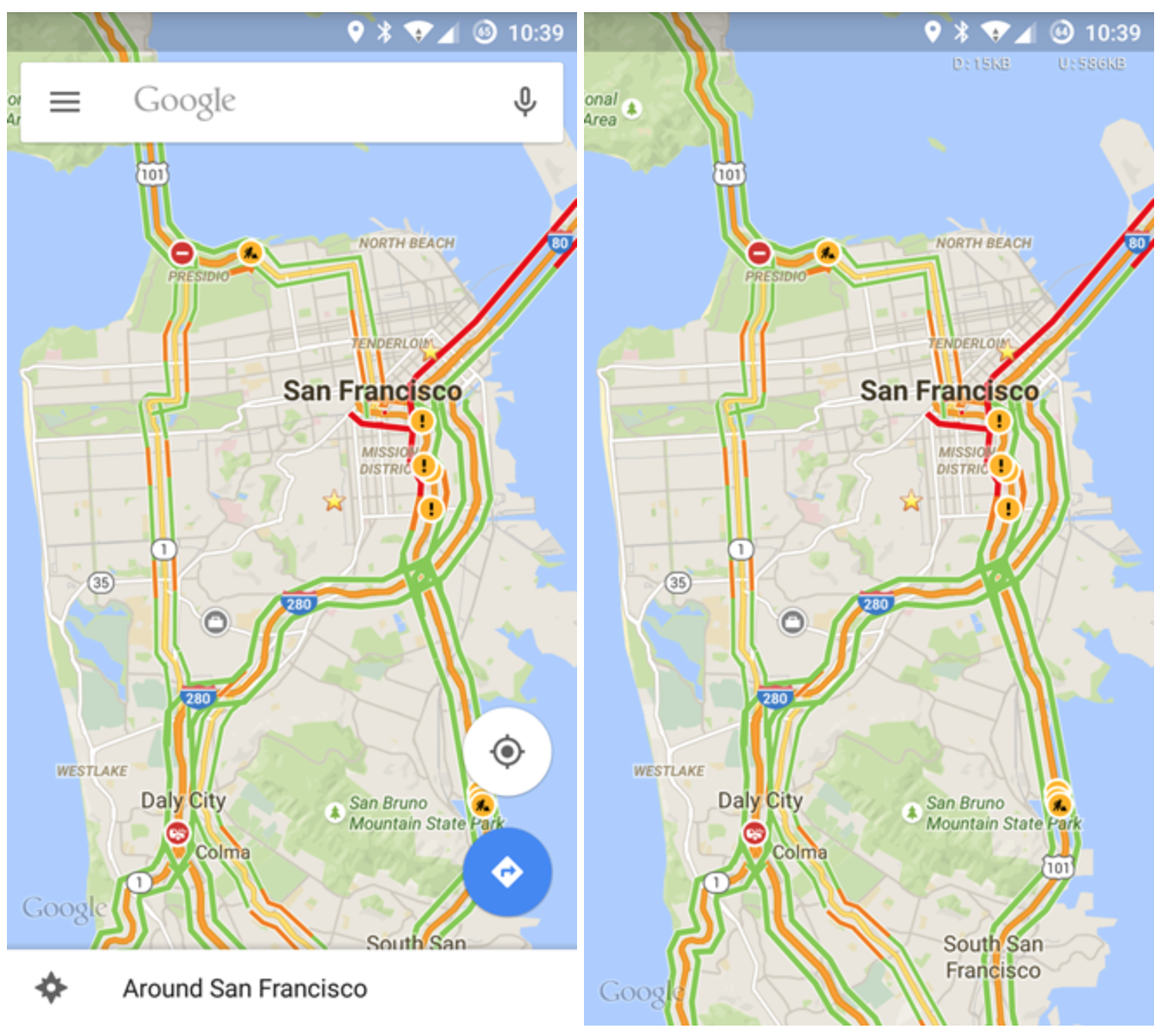 Google has published an update to its Android mapping app, as noted by Android Police, that allows users to hide certain UI elements and adds support for new sharing options. The first of these new features lets users hide the majority of the interface when browsing maps in all modes except for turn-by-turn directions.

The sharing options allow you to send maps to your friends through the standard Android social features, while an update to the Google Photos integration will allow you to edit the captions for geotagged photos directly from the Maps app.

The updated Maps app isn’t yet rolling out on the Google Play Store, but you can download it from APK Mirror now.