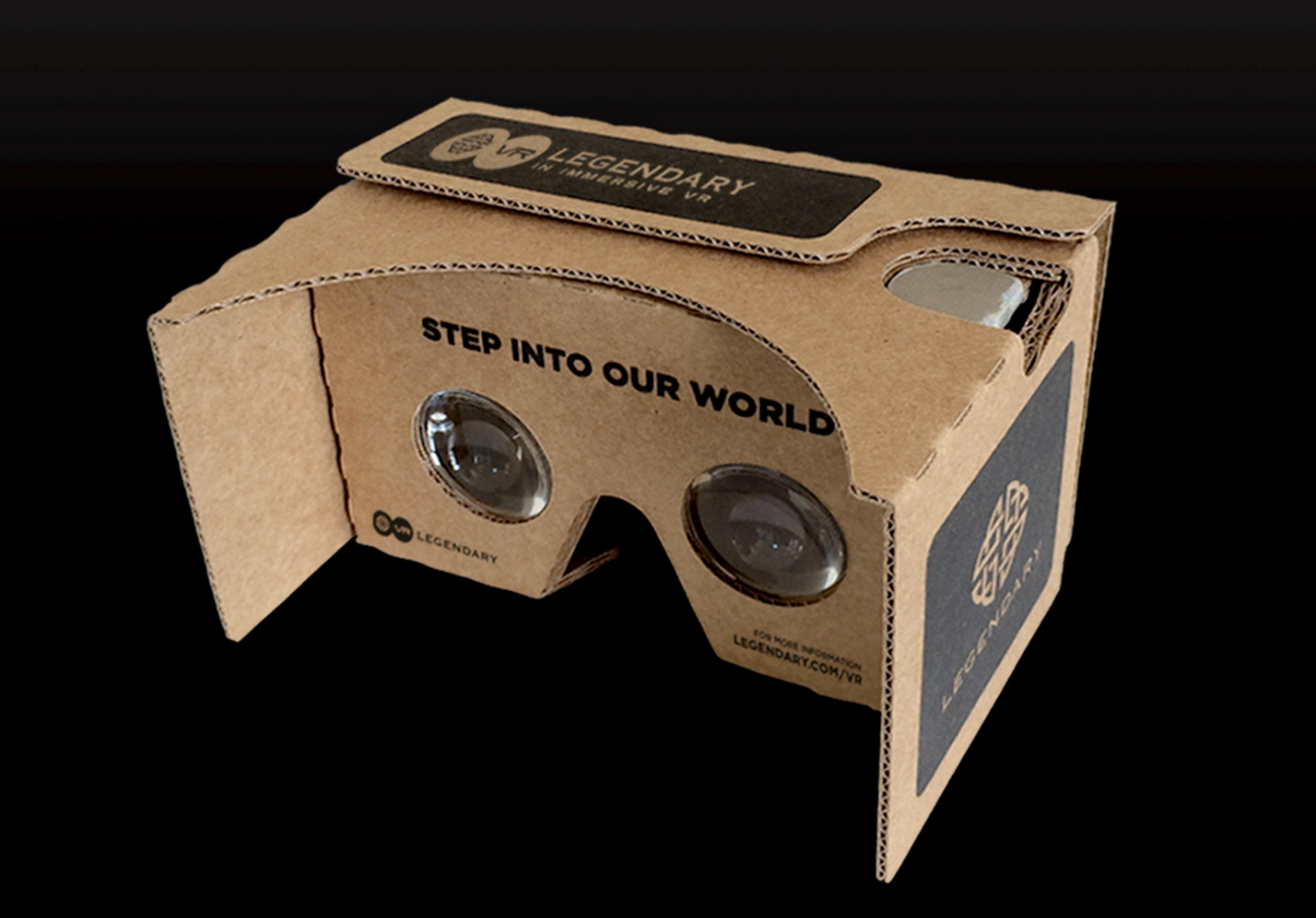 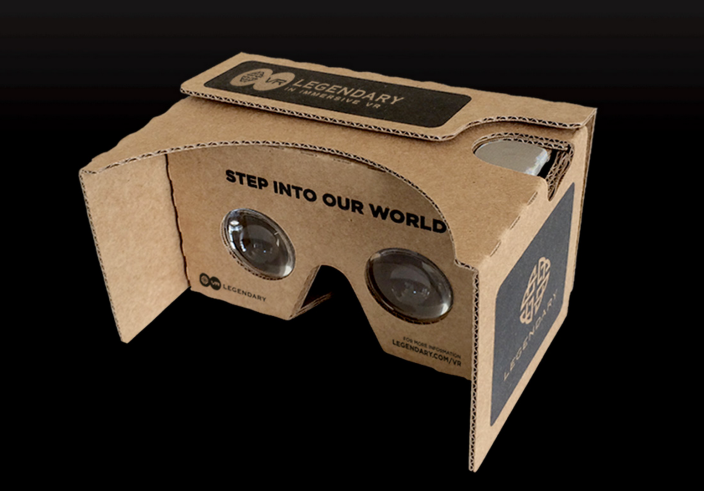 Legendary Pictures is debuting its new Warcraft movie today, slated for a June 2016 theatrical release at San Diego Comic-Con. The company has partnered with Google to create a new app with virtual reality experiences based on the upcoming film as well as Crimson Peak, in theaters in October, and 2013’s Pacific Rim. To make sure people give it a spin and get excited for the new films, Legendary will also be giving out 50,000 branded Google Cardboard units (pictured above) throughout the expo this week.

The app itself is called Legendary VR and includes one experience (emphasis on ‘experience’ – more on that below) from each of the three movies. In Warcraft: The Skies of Azeroth, players fly over the skies of Azeroth on the back of a Gryphon, getting a chance to see the cinematic experience they should expect when the film is released. Pacific Rim: Jaeger Pilot takes you into the cockpit of a Gipsy Danger robot where you can see first-hand what it’s like to take on an amphibious Kaiju monster. Finally in Beware Crimson Peak, players are taken inside Allerdale Hall, a gothic mansion from the movie which provides for an atmospheric viewing experience, less intense than the other two.

None provide the player much of any control other than looking around the 360-degree field, however, which isn’t surprising as in a press briefing for the new VR project, Legendary VP of theatrical strategy Barnaby Legg said in regards to VR that the company is “dipping our toe in and kind of seeing where it goes.”

During the press briefing at Legendary’s Comic-Con booth, Warcraft director Duncan Jones explained that the experiences which Legendary’s VR team built are just downright cool, things that anyone familiar with the films are not will be able to appreciate. “…So we have this Gryphon flight over Stormwind. And anyone that does know Stormwind — I talk about it like it’s a real place; for me it is — will be able to recognize things. And those who don’t, it’s just a cool, fantasy experience,” he said.

Most importantly, however, and as I alluded to above, right now these experiences are very much promotional items for the upcoming films. “Our view at the moment is that we feel we’re in the experience business,” said Legg. “As we learned last year VR is an amazing way of expanding the universe of our films and really immerse our audiences.”

You can get Legendary VR on the Google Play Store for free.