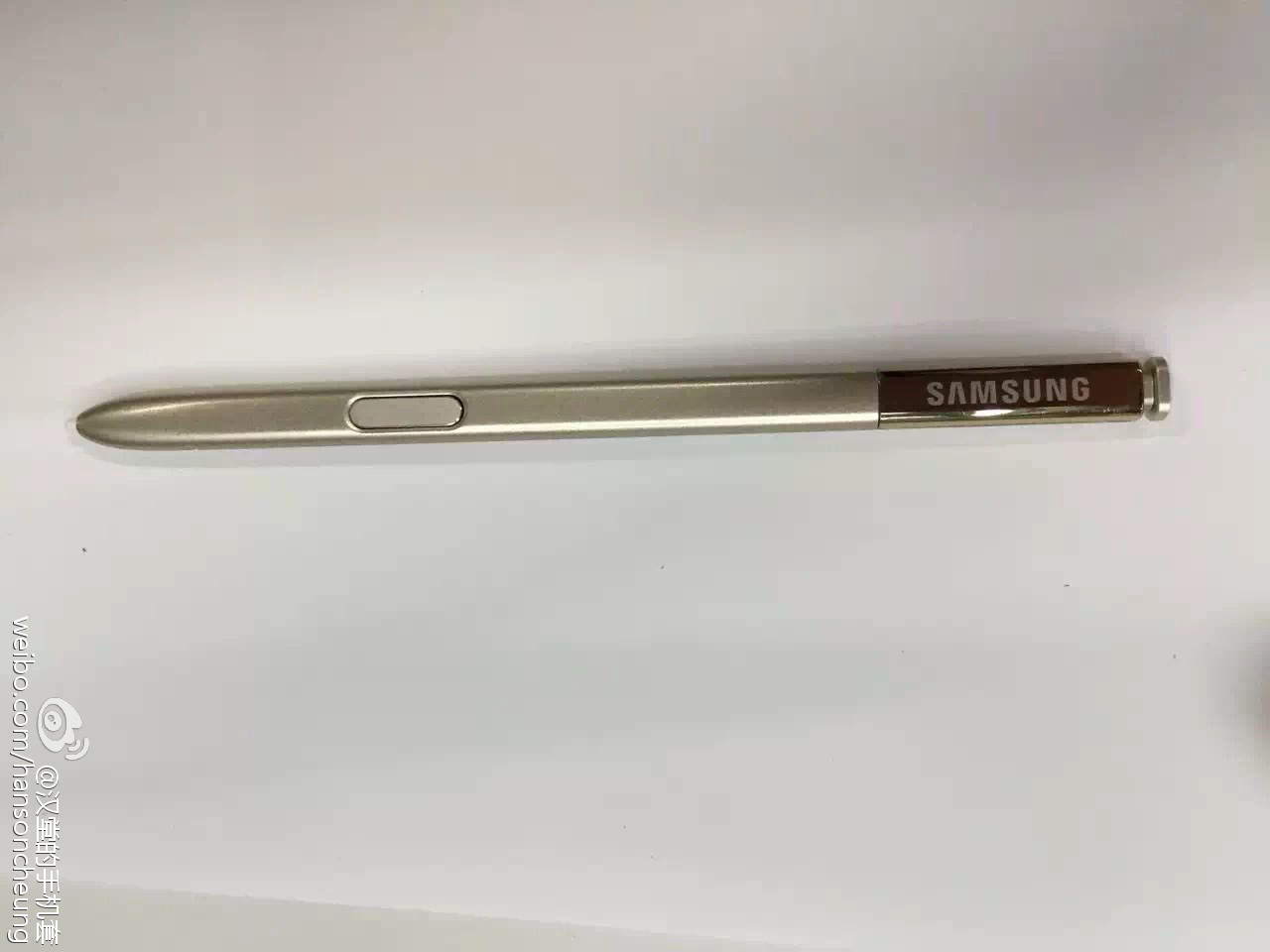 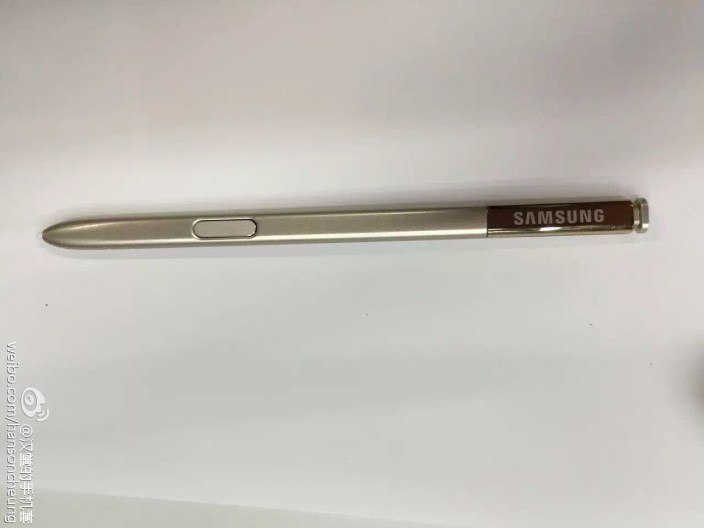 While there are tons of phablets on the market now, Samsung still manages to remain unique by equipping its Note series handsets with the versatile S-Pen. In my experience, it’s been great for making quick notes or grabbing quick screenshots to edit and share. It goes without saying then, that the Galaxy Note 5 will also ship with the advanced stylus. Judging from these most recent leaks, it’s going to be much shinier than previous versions and could have a press-able, or clickable end at the top.

Take a look at the pictures below. They were originally shared on Chinese social media site, Weibo and picked up by Steve Hemmerstoffer at NWE. If you look closely at the two images showing the top end of the S-Pen, you’ll clearly see that the gap between the end and the main shaft of the stylus is bigger in one than the other. 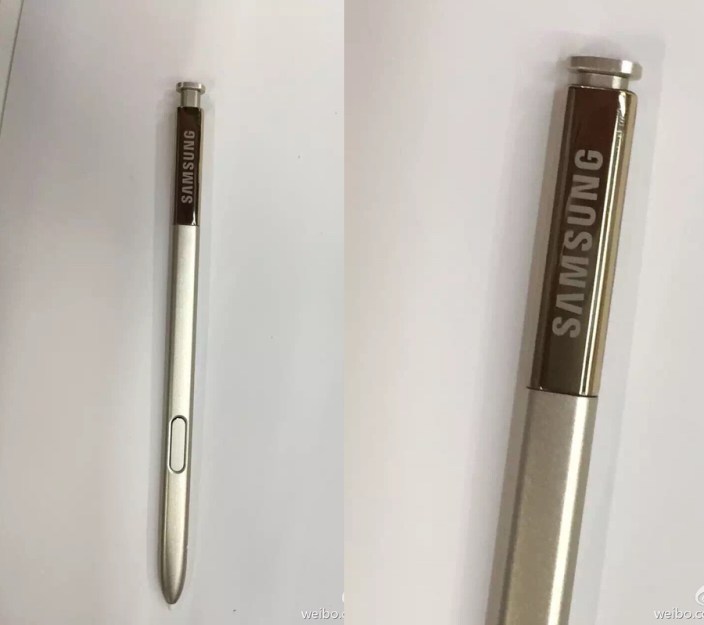 If I had to guess as to why it was designed this way, I’d suggest that it’s almost certainly to help release the S-Pen from its silo. The way the phone has been designed (based on leaks) suggests that the stylus sits flush with the metal chassis of the smartphone. Case leaks have suggested that there’s not going to be any special room left for you to pry the stylus out with your fingernail. So, perhaps the end of the pen — when pressed — clicks and extends, so that you can easily remove the S-Pen from the body of the phone.

Other possibilities are easily eliminated. It’s clearly not replacing the Air Command button, since that’s still built in to the shaft of the pen. And it doesn’t extend the tip of the S-Pen either, since that’s ever-present, and visible in the photos, regardless of whether or not the top end is extended.

Rumors so far have indicated we’ll see this new Galaxy Note 5 launch alongside a Galaxy S6 Edge+ at the end of August. Both devices will essentially look like the S6 and S6 Edge, except much larger and with the inclusion of this redesigned stylus.