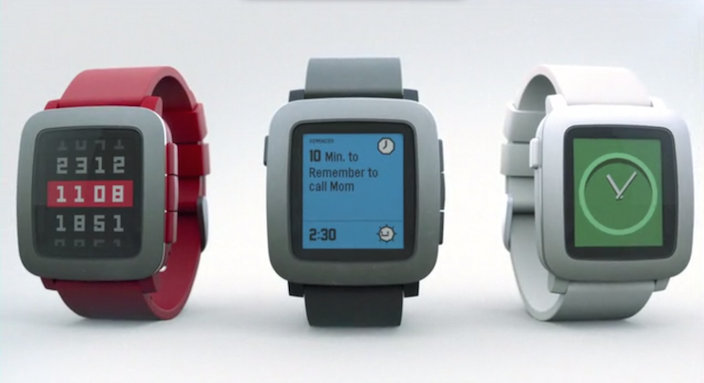 Update: It looks like you can also snag the Pebble Time from Amazon now, too.

If you’re not a huge fan of platform-segregated accessories, you’re probably also the kind of person that would go for a Pebble smartwatch over the likes of the Android-only Moto 360 or the iOS-only Apple Watch. And if you’re that kind of person and haven’t yet grabbed the new smartwatch-with-a-color-ePaper-display, you now have a couple more retail outlets to pick from.

As of today, you can grab the Pebble Time, in all of its three colors (black, white, and red), from Best Buy. The device has been available at Best Buy’s website via pre-order for a while now, but now they’re just… available.

It’s going to run you the exact same price (actually, it’s $0.99 more) that it would if you ordered it straight from Pebble, but with Best Buy you obviously have the option of picking the device up a brick-and-mortar store. You also have the convenience of of free shipping.

Along with announced availability at Best Buy, Pebble also mentioned today that it is bringing the watch to Target stores as well. Sadly, however, you won’t be able to waltz over to your nearest Target and grab the Time until the week of August 17th.

You can read/watch our full review to learn more about the device, but frankly, the general consensus amongst LG G Watch and Apple Watch wearers is that it’s stuck in the past.