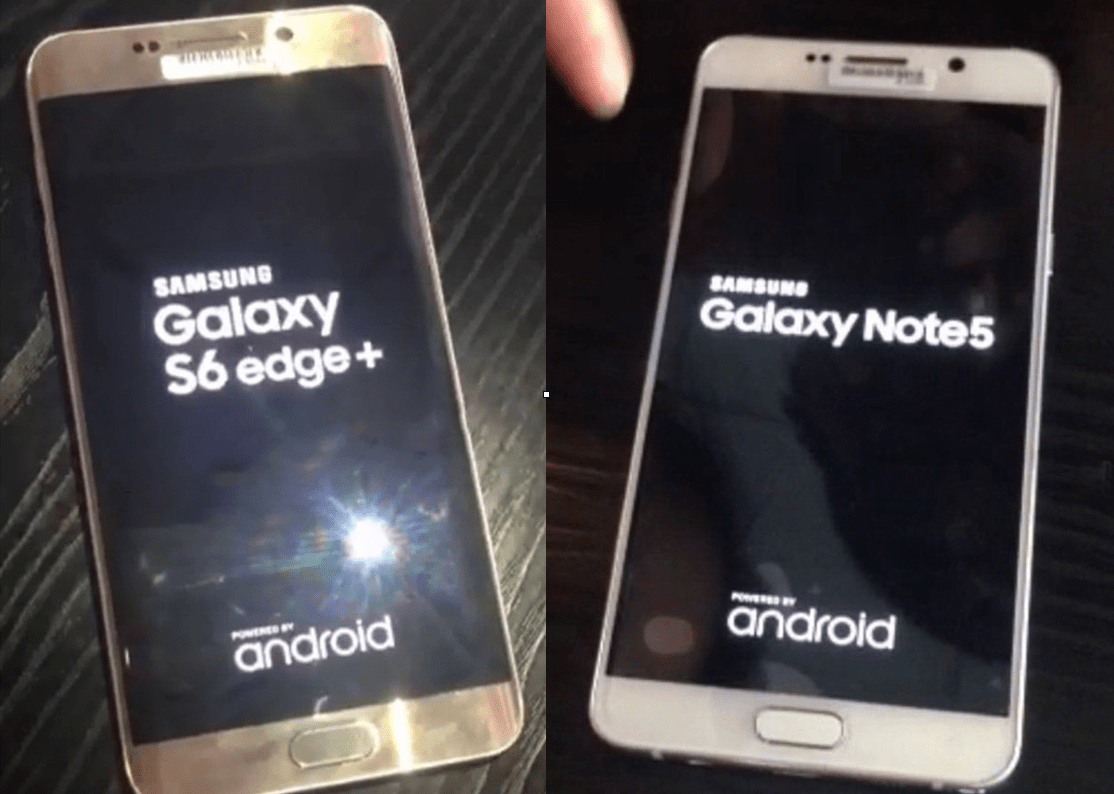 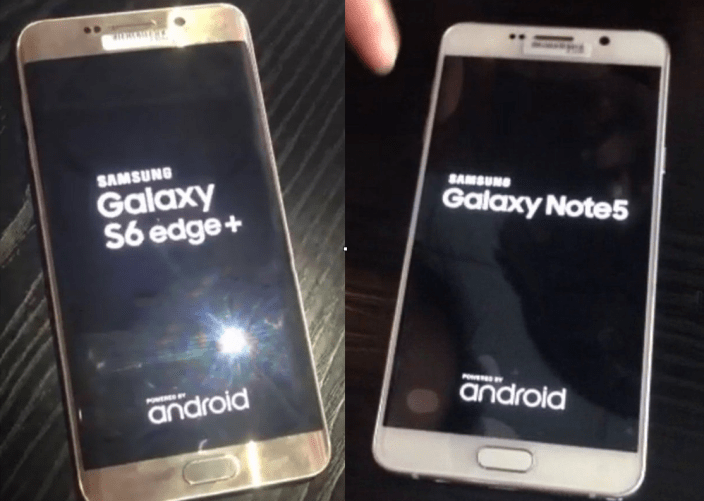 Samsung’s Galaxy Note 5 and S6 Edge+ have been shown off in a bunch of new photographs. Early leaks and rumors pointed to both devices taking on design cues from the smaller Galaxy S6 and S6 Edge. For the most part, that’s what we seem to have in the leaked pics.

What’s interesting to note (pun not-intended) is that — although it has a S6-esque metal frame — the Note 5 still retains the style and shape of the Galaxy note series. Corners are much squarer than the Galaxy S series phones. In fact, from the front, it looks virtually identical to the Galaxy Note 4. The only real difference is the placement of sensors and front facing camera on the top. The two sensors near the earpiece have swapped over to the left side, while the camera is much further from the corner that it is on the current model.

As for the S6 Edge+, that just looks like a big version of the S6 Edge. Corners are much more rounded than the Note, and it has the iconic curved display edges on both sides. Like the current S6 and S6 Edge, it also seems to have a reflective, pearlescent finish.

Both the Galaxy Note 5 and Galaxy S6 Edge+ are widely expected to launch at an event in August. If most recent rumors are to be believed, the event will take place in New York City on August 13th with a retail launch in the following weeks.