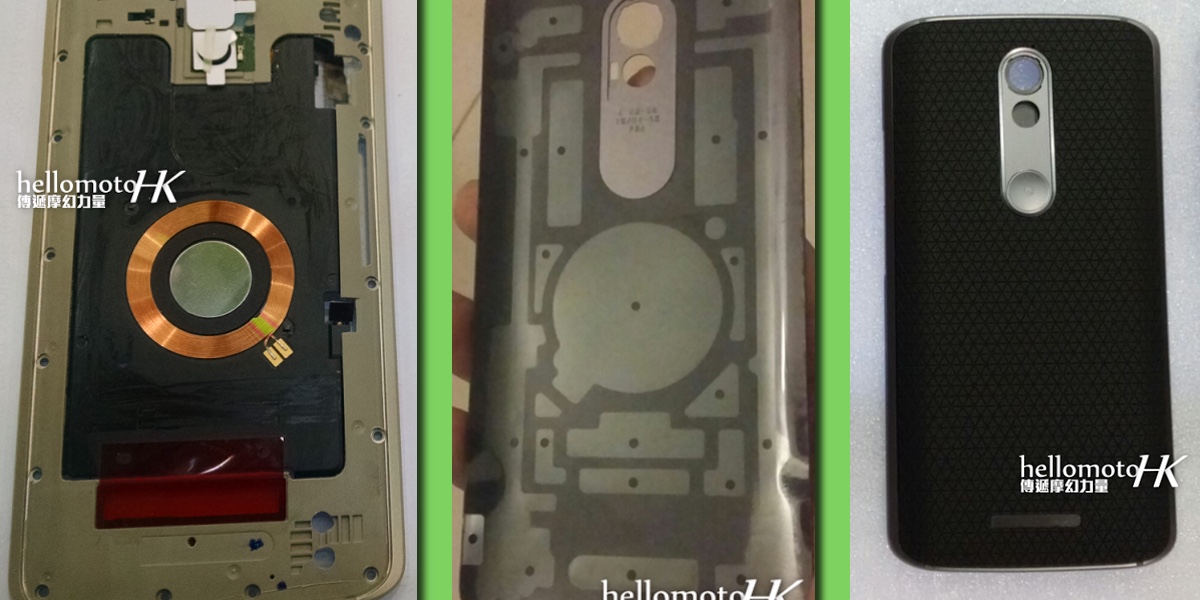 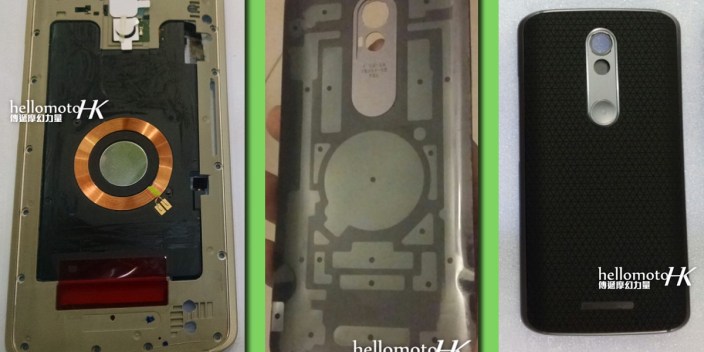 At its event just a couple of days ago, Motorola took the wraps of three new phones: Moto X Style (or Pure Edition), Moto X Play and the all-new Moto G. But if recent rumors are worth their weight, we could see a new generation of the DROID family make an appearance too. Recent leaks show a design similar to the Nexus 6/Moto X, but with little accents and features that show it to be at least a little unique.

Like the Motorola-made Nexus 6, the rear seems to be made of two parts. First, there’s the metal chassis which will contain all the important internal components. Second is the thick skin with an adhesive underside. Those of you who saw Dom’s video on fixing his Nexus 6 will have seen this make-up already.

Sadly, the main chassis of the device in these leaks doesn’t contain many internal components. All we can make out is the copper coil which makes-up the wireless charging receiver (most likely Qi). 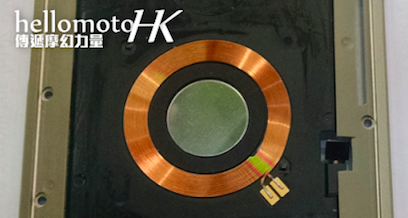 On the underside of the skin you’ll see a bunch of light and dark gray areas. The lighter portions are presumably where there is no adhesive. Given the very specific nature of those glue-less sections, we can only assume that they cover some of the more sensitive components (or at least, weaker fixing points for components). On the rear of the skin there appears to be a ruggedized finish, in keeping with previous generations of Droid, although not exactly the same. It’s not carbon fiber, or “ballistic nylon” of the DROID Turbo, but it is very similar to the finish of the newly announced Moto X Play.

But what you will notice is that this isn’t just a Moto X Play. The metal frame design is different, as is the pattern of the outer layer. It’s a much thinner metal frame on the right and left edges. 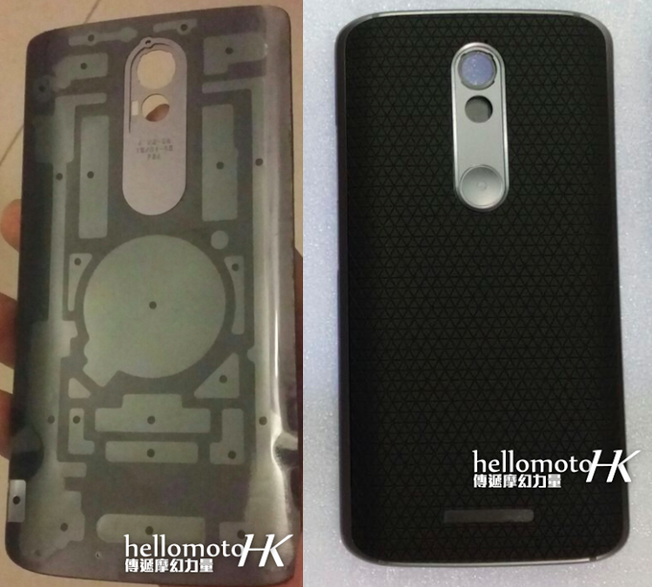 With the DROID range being traditionally exclusive to Verizon, this perhaps gives an indication as to why we didn’t see a Stateside launch announced for the Moto X Play. The design similarities between the Play and this purported new Moto Droid are too close to make it worthwhile having both phones available in the same market. Verizon perhaps demanded it this way, being the carrier that it is.

As with the other new phones, this Moto has the same camera housing design on the back along with a similarly shaped and designed metal frame. It’s definitely not as distinctive as previous DROIDs, but if it hosts a battery as big as the last one, we could be in for a super smartphone.