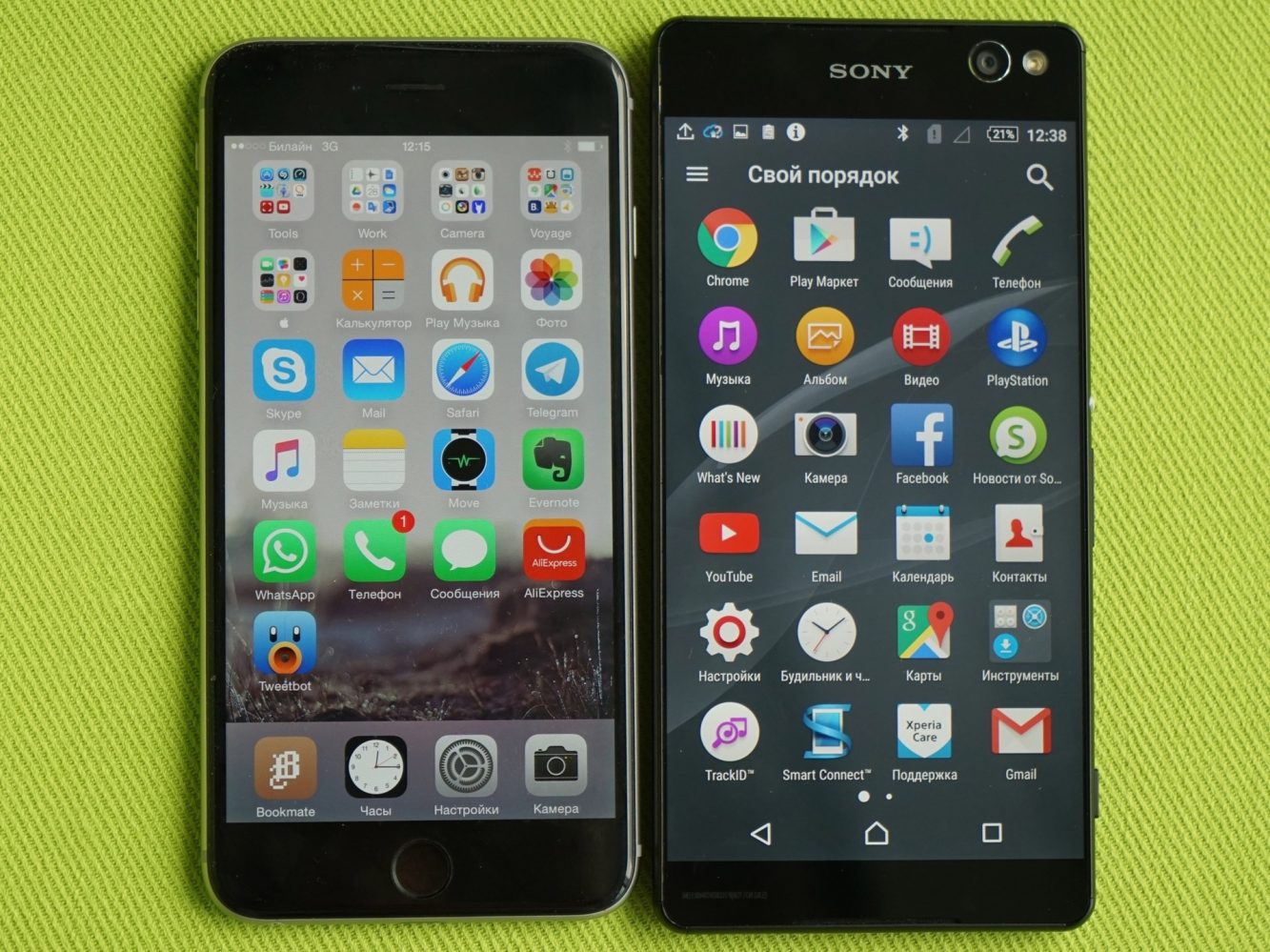 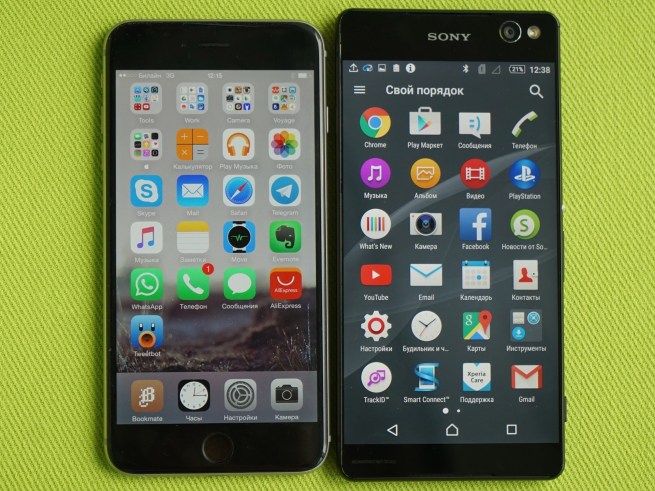 Following a tweet yesterday from Sony Xperia teasing a “new way to capture split-second photos” coming on August 3rd, we have some new images of a purported Android-powered Xperia C5 Ultra and M5 to look at, courtesy of Mail.ru. The original post by Mail.ru was located in the /reviews/ subsection of their site and timestamped for August 3rd, and was taken down shortly after we began reviewing it. It’s possible the posting was under embargo until Sony Xperia’s official announcement.

Since we did manage to see the post before it was pulled, though, we get to look at a couple purported up close images of the devices, including the Xperia C5 Ultra and the Xperia M5. Keep reading for our best attempt at a plain English translation — thanks to the rough Google translate version — of what the article says about the phones…

The (purportedly 6-inch) C5 Ultra would be a successor to the 5.5-inch Xperia C4, known for being pro-selfies with both a front-facing 28mm wide-angle camera — featuring a Sony Exmor R mobile sensor — and a front-facing flash. The big difference between the C4 and the C5 Ultra seems to be in its slim bezel and upgraded front-facing shooter. The C5 Ultra, if this post is to be believed, has an ultra-thin 0.8mm thick bezel (hence the “ultra” appended at the end) versus 2.2mm with the C4, and sports a 13MP wide-angle front-facing camera (versus 5MP wide-angle on the C4). The lack of bezel reserves most of the front panel for the screen. 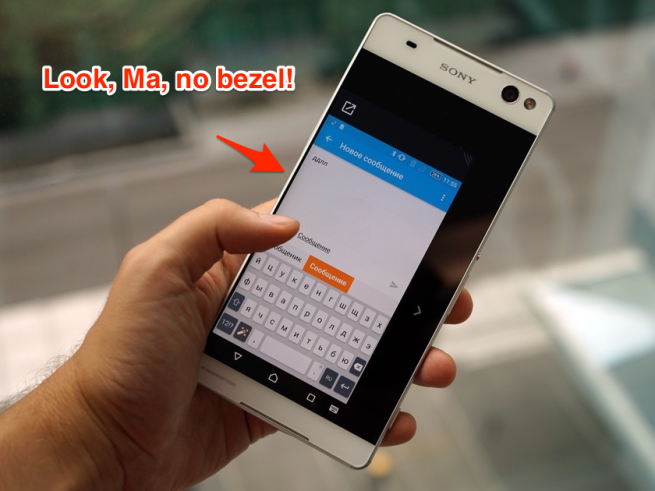 Other reported specifications for the C5 Ultra include an 8-core MediaTek processor with a clock-speed of 1.7 GHz, 2 GB RAM, 16 GB of onboard storage, dual-sim card support, and microSD card support up to 128 GB. The battery capacity is 2930 mAh, up from 2600 mAh in the C4, and is slated to last up to 2 days on a single charge using Sony’s STAMINA power management mode. The front is covered in glass, of course, while the sides are aluminum and the back is glossy plastic.

Where the M5 may lack, however, it shines in upgraded camera modules that are probably what Sony Xperia was referencing to in its tweet yesterday. Cameras are, after all, where Sony believes it can differentiate its phones from the rest. Whereas the Z3+ sports a 20.7 MP rear-facing shooter and F 2.0 aperture, the M5’s rear shooter has a 21.5-megapixel sensor and very fast F 2.2 aperture, meaning pictures can be taken in just two tenths of a second. The M5 can also apparently shoot in up to 5x zoom without any perceptual loss in quality. Like the C5 Ultra, it’s front-facing shooter has been upgraded to 13MP from 5MP, and Mail.ru says it sports autofocus in the M5 (no clarification as to whether or not this is also the case in the C5 Ultra), which is unusual for front-facing modules. 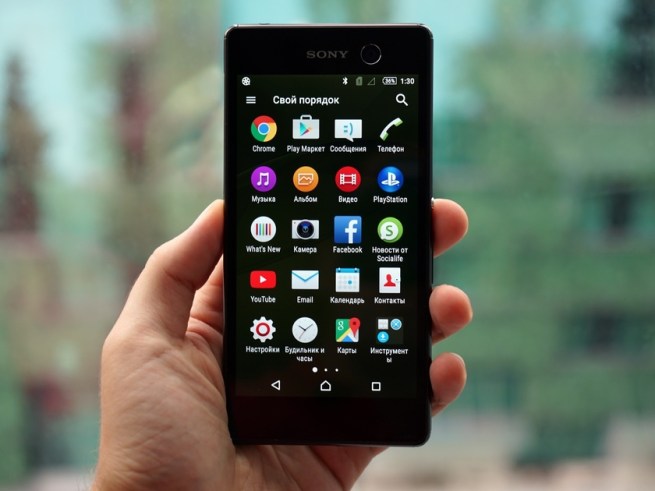 The more standard specs of the M5 as reported by Mail.ru include an 8-core MediaTek Helio X10 processor clocked at 2 GHz, 3 GB of RAM, 16 GB of internal storage, and microSD card expandability up to 128 GB. It’s battery capacity is 2600 mAh.

Mail.ru expects the Xperia M5 to be priced at approximately $400 USD and the C5 Ultra to be priced around $350 USD, although exchange rates and currency fluctuations can have an impact on that. Fortunately with the aforementioned Sony Xperia event happening this coming Monday, we don’t have to wait very long to see how much of this is accurate.