Well this is overly aggressive but not terribly surprising: Owners of HTC One smartphones have taken to Reddit to report that they’re seeing an ad for Marvel’s upcoming Fantastic Four film on their phone in the form of a push notification. Here’s the first image of it that was shared: 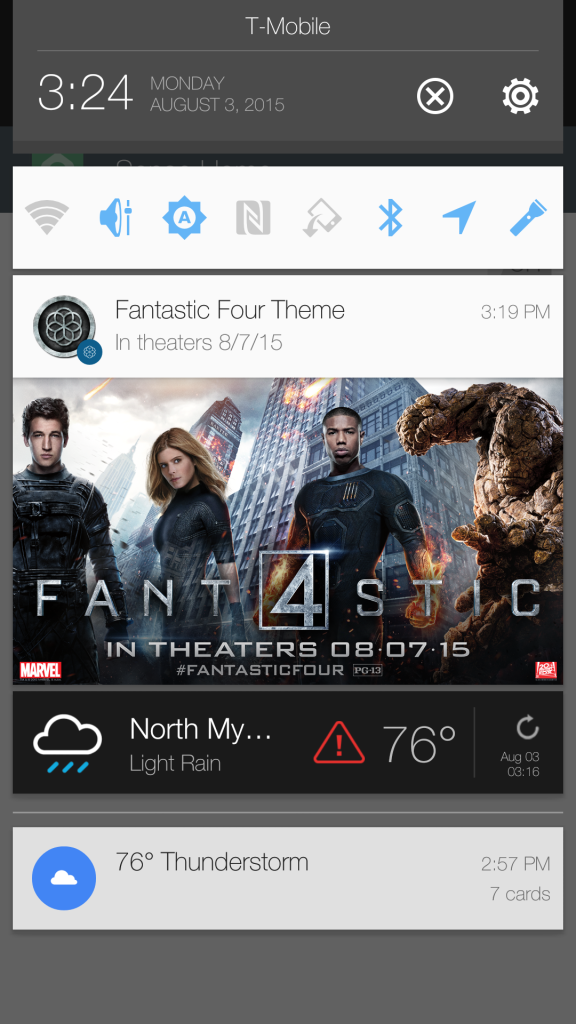 HTC just two months ago, for those who don’t remember, announced in a blog post that it had begun testing the “displaying of a limited number of promotions” in BlinkFeed, an app which aggregates news and social content and that’s part of the Taiwanese company’s Sense Home launcher. This was shortly after employee training slides on the new ad services were leaked by @Upleaks.

At the time, the company emphasized that the amount of advertisements users’ saw would be “limited.” HTC went on to say that the promoted content would be both native, meaning it will look like other content in the BlinkFeed (save for a “Sponsored” label), and relevant, meaning the ads would be targeted to users based on the content they’re subscribed to and what they tap on in the BlinkFeed.

They did not, however, make any mention of advertisements being delivered to users through notifications. And this doesn’t seem to be a fluke, either: Reddit users with One M7, M8, and M9 devices on carriers including T-Mobile and Verizon have all reported receiving notifications like the one above.

Here’s what I said at the time about HTC’s announcement to test out BlinkFeed advertisements (emphasis mine):

The company says that users will be able to opt-out of receiving the promoted content in their BlinkFeed, but unfortunately that seems to insinuate that they are not opt-in and will begin appearing without users agreeing beforehand. They hope the service will serve as a way to help users “discover new and useful apps and/or products and services,” but that seems a bit idyllic to us. While we’re all in support of advertising, HTC is primarily in the business of selling hardware and so we think more disclosure is deserved.

Better than more disclosure would be just not using sponsored content at all. At the center of the frustration around HTC’s new monetization strategy of introducing native advertising to the user experience is that people don’t expect to see advertisements when they purchase a device with their hard earned money. It feels deceptive, like cheating the way things are to make a little bit more money, and it surely can’t help with brand loyalty. A short-sighted, short term solution to HTC’s money problem.

Fortunately, HTC One owners aren’t totally out of luck, as there’s a way to disable all notifications sent by HTC Sense Home. Take out your phone and go to Settings > Sound & notification > App notifications > Sense Home. In there will be a toggle to turn them off completely. Or you could just root your phone and purge it of HTC’s pre-installed software altogether. Hopefully they’ll take all this harsh criticism to heart.