LG’s ‘Wine Smart’ flip phone coming to the US & other countries, runs Android 5.1.1 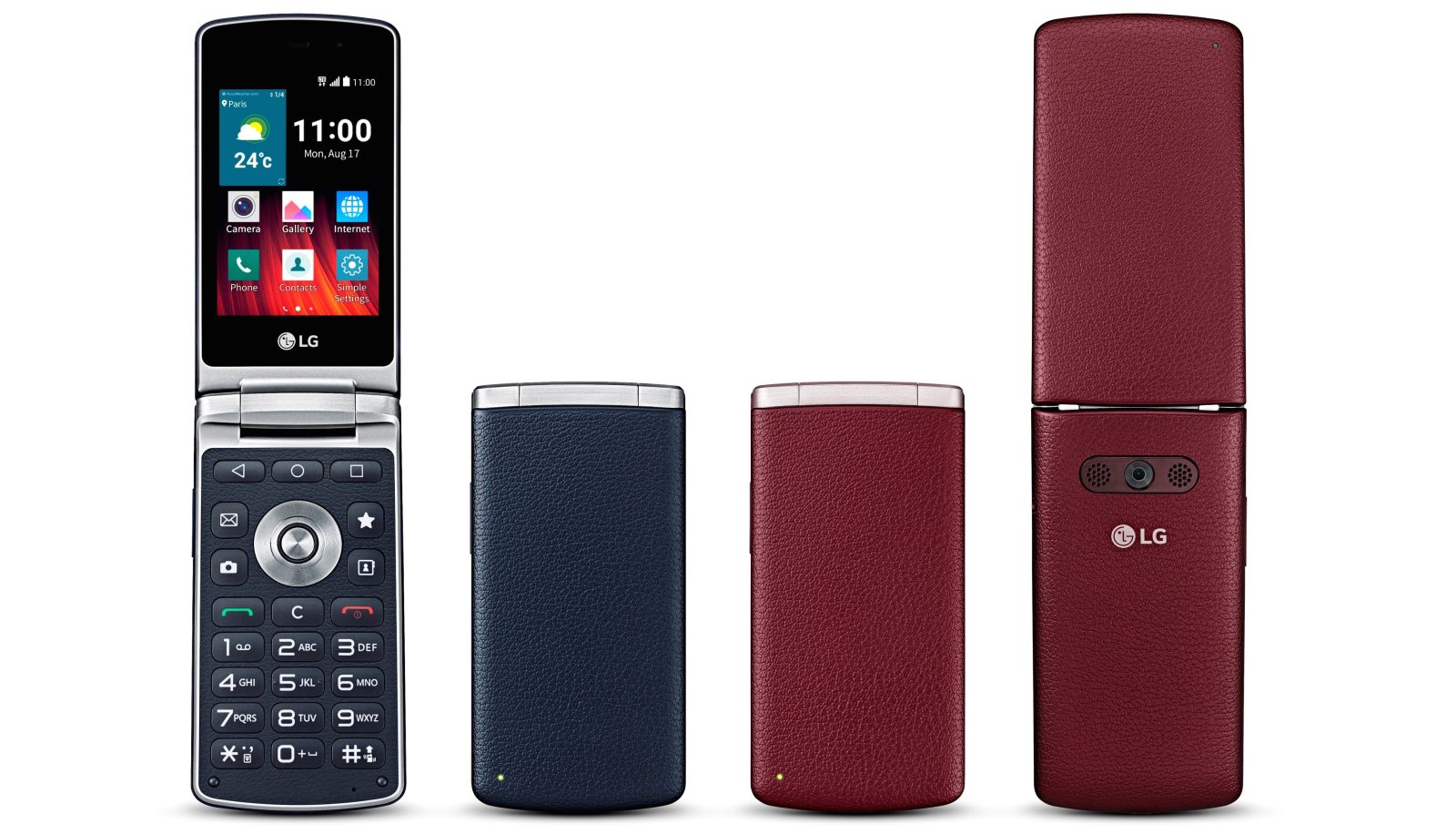 We told you about a new “Gentle” flip phone from LG last week, and now the company has announced the handset for the United States. It’s called the “Wine Smart,” and it’s pretty much identical to the device announced for Korea.

You’ll be able to purchase the device in the United States, as well as in France, Italy, Poland, Spain, Kazakhstan and Japan, among others. As mentioned, if you’re a resident of Korea, you might want to look into the LG Gentle.

Some people just prefer to have a flip phone, I guess. This is nice for those that are simply accustomed to using them. Back in the day I liked that you don’t necessarily need a screen protector, and — for those into this kind of thing — you can more easily wear them clipped on your belt.

“Be together. Not the same.” is what Google always says, right? Right?

SEOUL, Aug. 5, 2015 — LG Electronics (LG) brings global consumers with its newest hybrid smartphone designed especially for a generation of users who are more accustomed to the feel of flip — also known as folder or clamshell — phones. Originally announced in the domestic Korean market as LG Gentle, the all-new LG Wine Smart will make its international debut later this month in target countries including France, Italy, Poland, Spain, Kazakhstan and Japan, among others.

The Wine Smart combines the familiarity of a folder phone with an easy-to-use touchscreen and the connectivity and power of a smartphone. Thanks to the positive response to the original Wine Smart introduced in Korea last year, LG optimized the latest model with more advanced multimedia features to make the transition from feature phone to smartphone as seamless as possible.

“Our goal with LG Wine Smart was to create a smartphone that fans of flip phones could embrace,” said Chris Yie, vice president and head of marketing communications for LG Mobile Communications Company. “Consumers shouldn’t have to miss out on the smartphone revolution because they prefer a particular phone design over another. With LG Wine Smart, they won’t have to.”

Prices and carrier details will be announced locally at the time of launch.