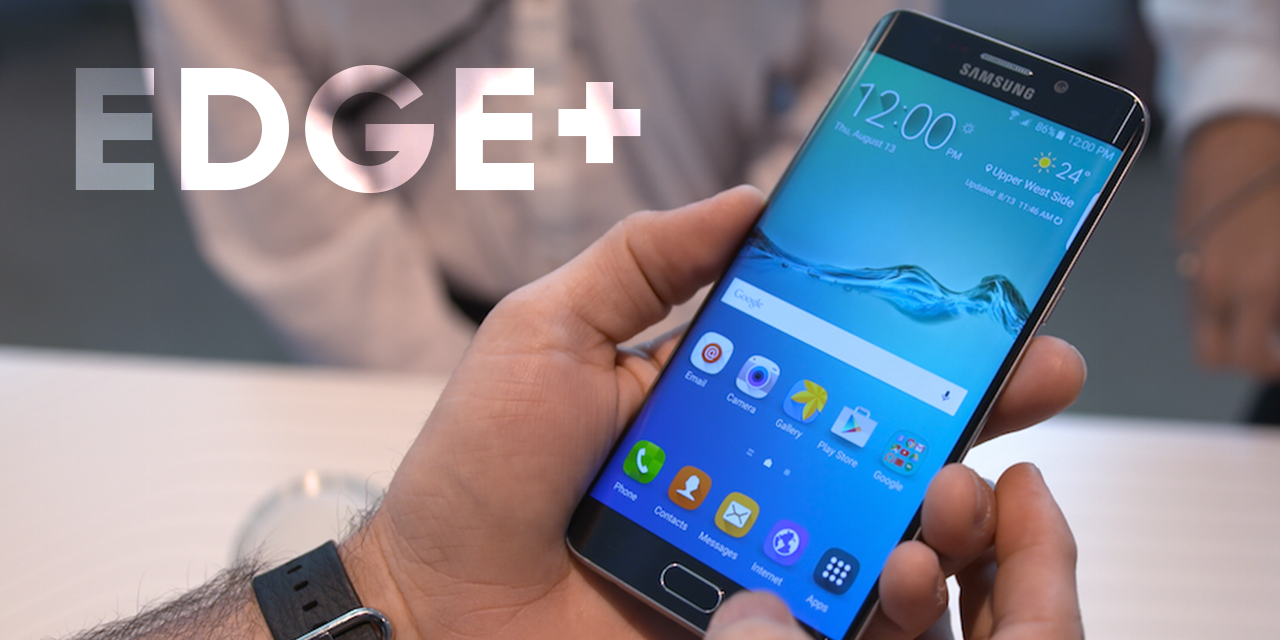 Samsung’s Galaxy S6 Edge+ is an entirely new device to which we were recently introduced. This is Samsung’s new phablet that doesn’t include a stylus. So what makes this device so special? Honestly, I’m not sure. It’s literally a scaled up Galaxy S6 Edge. Nothing more, nothing less. If you wanted a larger device with curves, Samsung has you covered. The Galaxy S6 Edge+ features the same design when compared to the Note 5 and previous releases from Samsung this year. While that’s definitely not a bad thing, it means you’re stuck with the model you buy and everything is sealed inside…

The display measures in at 5.67-inches with a 1440p resolution (QHD), which is only slightly larger than the 5.1-inch display on the Galaxy S6 Edge. Internally it’s packing a 3,000 mAh battery, an Exynos 7420 processor, a 16-megapixel rear camera, a 5-megapixel front-facing shooter, 4GB of RAM, and a minimum 32GB of storage, but no Micro SD card expansion or swappable battery.

If you’re looking for one cool feature with this device, it mainly just comes down to software enhancements. There’s a new apps shortcut menu on the edge screen that will easily allow you to launch apps like we’ve seen with the Note Edge from last year, but obviously a bit refined. Having an Edge screen is nice and I’m a fan, but really is really just a pretty face with no personality. If you want to hear our  thoughts on these features, be sure to check out the Galaxy S6 Edge review and top features video.

Check out our Galaxy S6 Edge+ first impressions video below:

Also, be sure to check out our Galaxy Note 5 hands-on video here.

There’s nearly nothing exciting about this device unless you’ve been craving an S6 Edge, but hated how puny it felt in your hand. That’s basically all you need to know. The software is smooth, camera is the same and it has a solid build which is on point with all of Samsung’s other flagship smartphones released this year. It’s all about variation with this device. Want a phablet with curves? Samsung has you covered. Need something with a stylus? The Note 5 has your back.