Google’s Project Sunroof automates much of the solar purchasing process 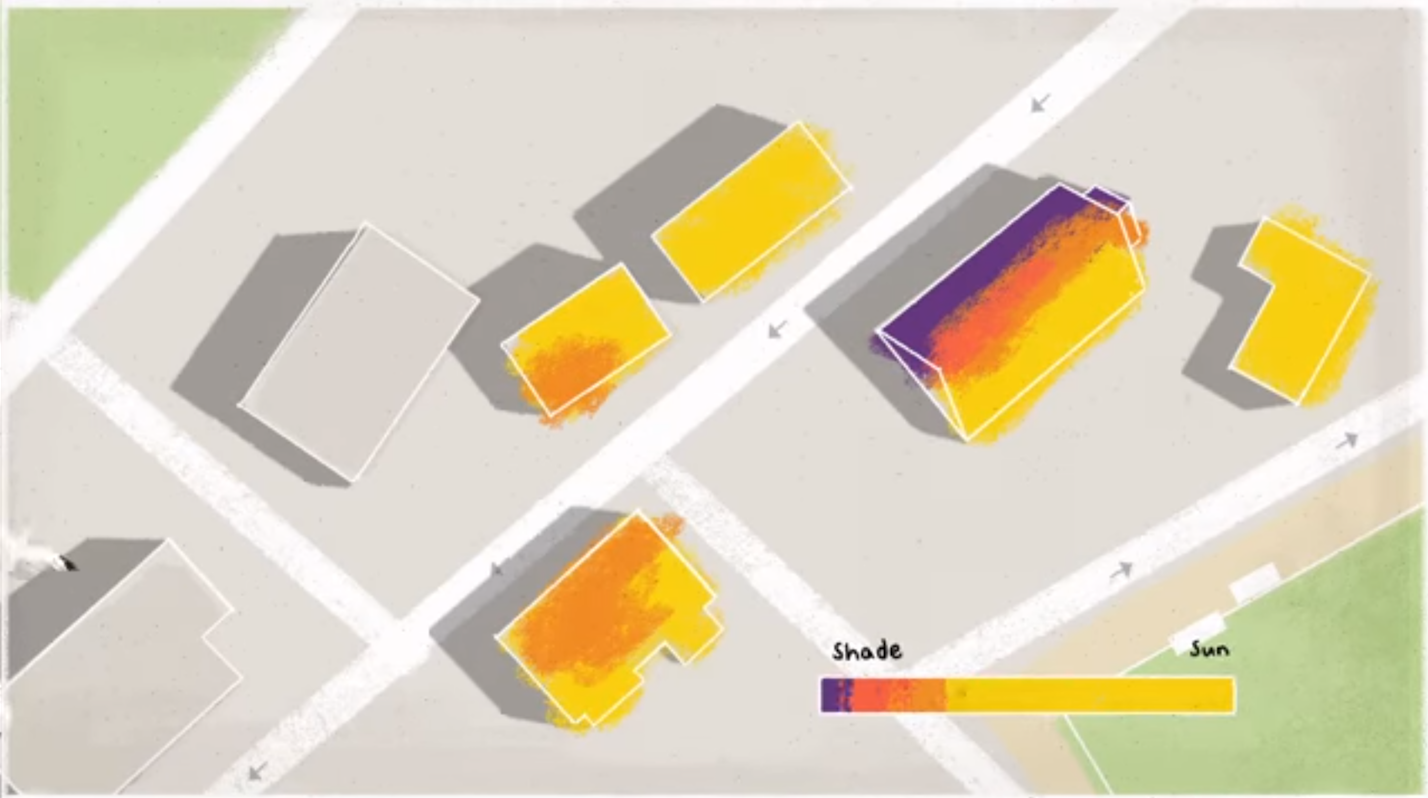 Google today used a YouTube video to announce Project Sunroof, a website through which it is automating much of the process of researching and then purchasing solar panels for the home.

The gist of it is that while the cost of solar energy has been falling dramatically over the past few years, thanks in part to subsidies and economies of scale, the actual process of determining whether solar panels are right for you — logistically and economically speaking — is still complicated. Google is (still) a very data-driven company, though, and thinks that it can use data to provide just the right insights and information consumers are in need of, tailored specifically to each individual household.

Google has data sources through which it believes it can determine the feasibility and return on investment of a household installing solar. Google Maps offers aerial imagery of a house including shadows cast by nearby objects (trees) that might block sunlight, Google Earth can model the roof of the house in 3D to see how many square feet there actually are for panels, and the company can also collect weather data from third-party sources it already works with to see how much sun the location of a house actually gets throughout a given year.

Combine all this data with the input of an address and Google’s Sunroof service can recommend an installation size that will generate nearly 100% of a household’s electricity use (but not quite 100%, as there aren’t huge benefits to contributing energy back to power grids). Going further, Sunroof uses current solar industry pricing data to run estimates on how much it would actually cost a household in the long-run to install solar under different circumstances — whether that be leasing the panels, buying them outright, taking a loan, or whatever else. Homeowners could then easily decide whether or not it’s worth the effort to switch to solar, or continue to rely on the power grid. Sunroof finishes by providing interested homes with a list of solar panel installation companies in their local area.

Interestingly, American solar provider SolarCity already uses a similar system to Project Sunroof to unearth these same insights for potential customers, and Google itself indirectly invested $300 million into that company just six months ago on top of $280 million back in 2011 by purchasing debt backed by solar assets. Google’s indirect investment in SolarCity means it benefits from the company doing well, but means it can recommend other installers without issue. Google has proven to be very interested in solar energy, and isn’t solely vested in SolarCity — it holds a patent for solar canopy systems to cover parking lots, for example.

The co-founder of SolarCity, Elon Musk, is also the founder of Tesla Motors, which aside from electric cars recently announced the development of power packs for storing energy generated from sunroofs. Reliance on power grids at night because there wasn’t a way to preserve power generated by solar previously prevented households from switching over completely.