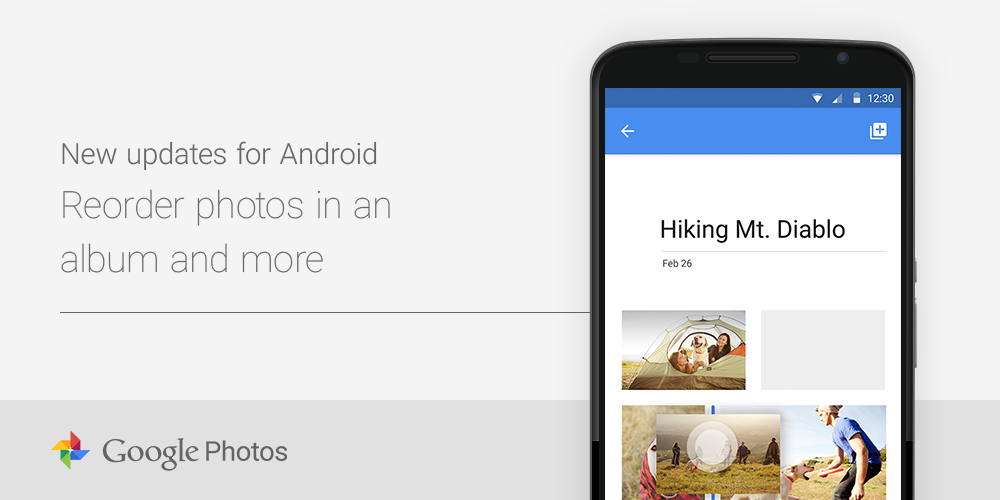 Google today has announced a minor update to the Google Photos app on Android. The update, which is rolling out via the Play Store now, includes a couple of minor tweaks. First off, users now have the ability to reorder photos in albums. This means that albums can be ordered by whatever metric you want and are no longer restricted to Google’s automatic ordering.

Next up, the update also allows users to adjust video length in movies. This means that you can trim a video that you shot or uploaded to Google Photos to be shorter and include only the bits that you want to include.

Finally, the update also includes the ability to login to Google Photos from a Google+ Page, as well as a new timeline user interface while editing movies.

The update is rolling out now via the Play Store, but may take a while to hit your device. In the meantime, the most recent APK can be downloaded now from APKMirror.