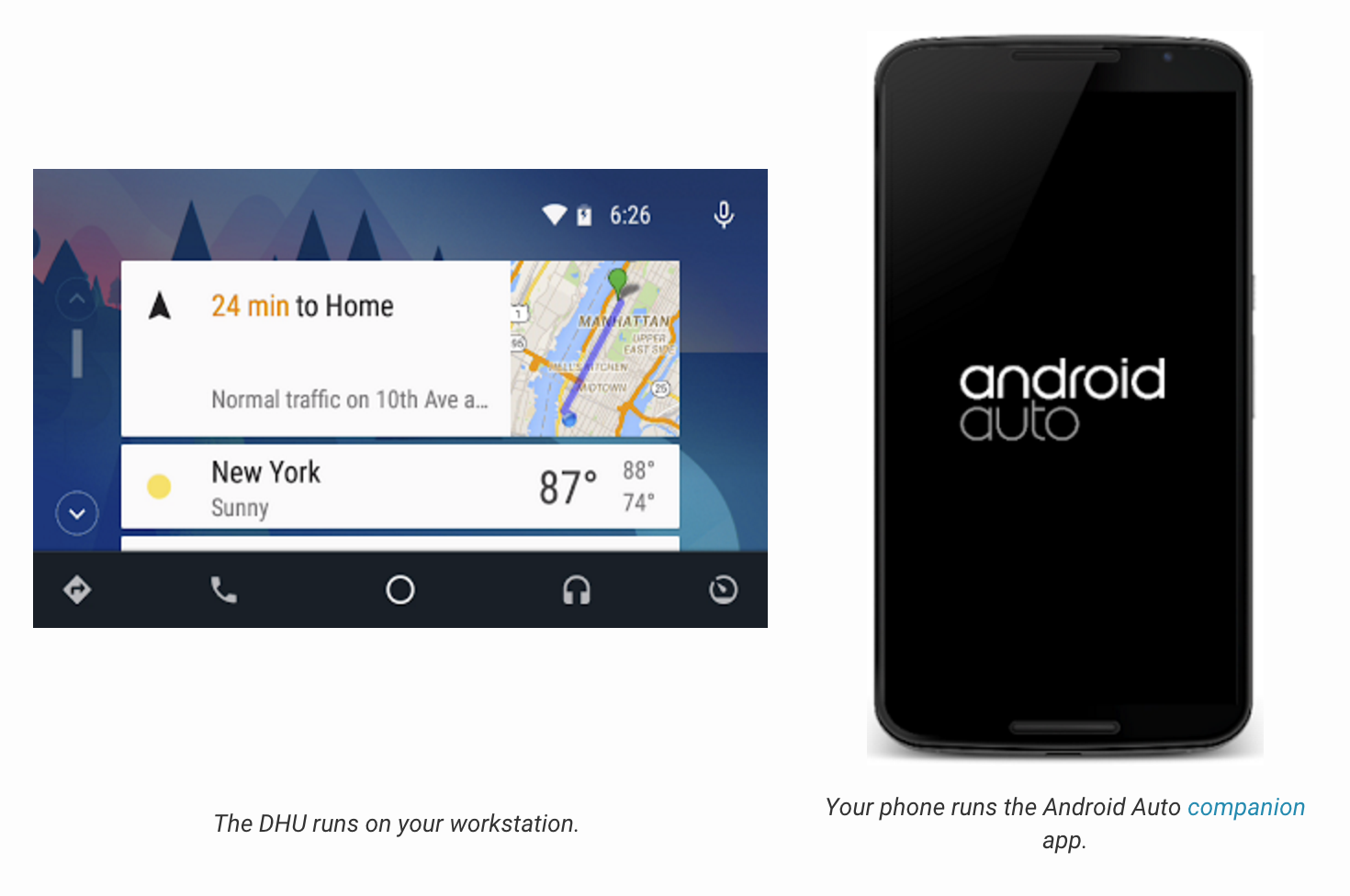 It seems crazy that this didn’t exist before, but today Google released Desktop Head Unit (DHU), a testing tool which emulates the Android Auto in-car experience on desktop computer hardware.

Once installed, you can connect your phone to your computer over USB and the companion app will behave as if it’s connected to a car which has Android Auto installed, while the emulator will display the Auto app you’re testing just like it would in a car with Android Auto.

Here’s my favorite part of the post, emphasis mine:

Now you can test pre-released versions of your app in a production-like environment, without having to work from your car. With the release of the DHU, the previous simulators are deprecated, but will be supported for a short period prior to being officially removed.

Auto developers who want to go back to working at their desks can head over to the blog post on the official Android Developers Blog to see all the details on how to get started with DHU.