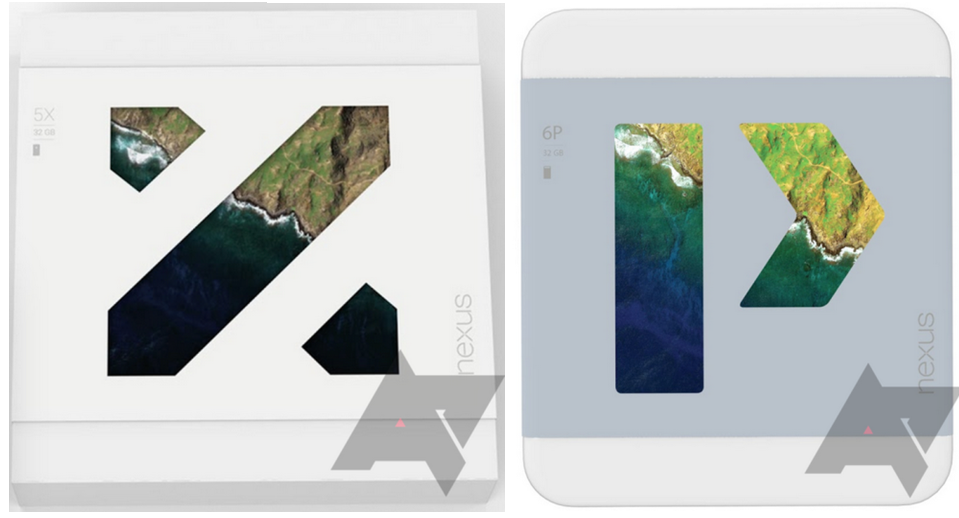 We know way more than we probably should about Google’s upcoming September 29th event, and now we know a little bit more (via Android Police). While the names of the two upcoming Nexus phones were previously rumored to be “Nexus 5X” and “Nexus 6P,” we now have what is effectively confirmation of those names in the form of retail box graphics for both phones…

As you can see above, Google’s using a very modern box art for both phones, with background images being very familiar default wallpapers from Android Marshmallow. Very clearly, the boxes show small glyphs that resemble both the LG and Huawei devices that we’ve seen leaked over the last couple of months.

According to an earlier report out of Android Police citing a “reliable source,” LG’s upcoming “Nexus 5” (which reportedly isn’t firmly the device’s name yet), will sport a Snapdragon 808 processor, a 5.2-inch 1080p display, 3 GB of RAM, a 2700 mAh battery, support for USB-C, a 12.3-megapixel main camera sensor, and a 5-megapixel front camera.

Details on the Huawei Nexus phone have been more scarce, with one leak from Evan Blass suggesting that the phone will have a 5.7-inch QHD display with a “metal body,” alongside a Snapdragon 820 system-on-a-chip, a fingerprint reader (clearly), and a ship timeline for Q4. According to the most recent reports, the higher end Huawexus is going to be the first Nexus to offer 128 GB capacity.

There’s no need for much more speculation at this point though, as the phones are set to be announced in about a week.