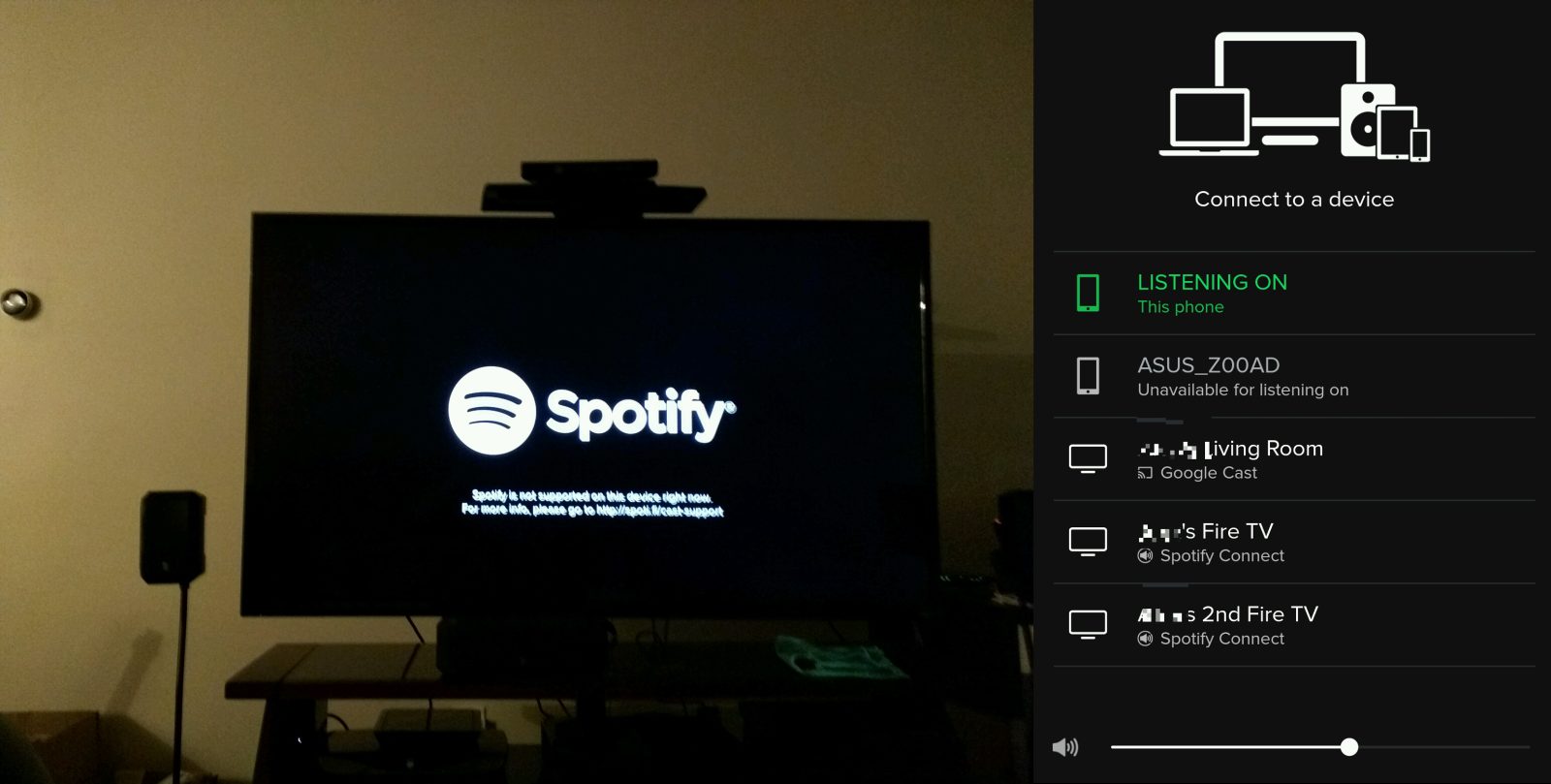 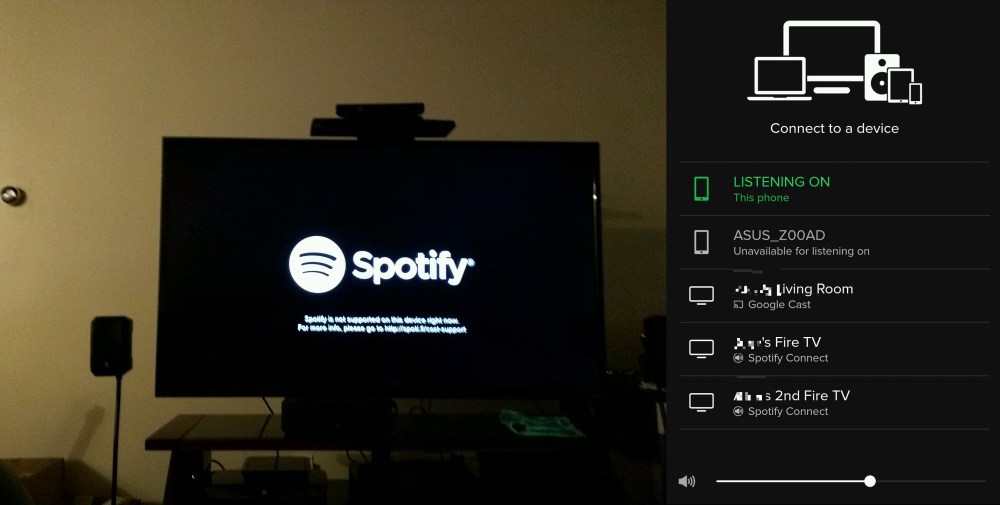 As we exclusively reported earlier this month, Spotify is teaming up with Google to — finally — introduce support for the Chromecast. Now, as the event is nearing kickoff, some users are already noticing their Chromecast devices appearing in the Spotify Connect list, although the feature doesn’t seem to be working quit yet.

As you can see above, it looks like Spotify is going to include Google Cast devices in the same list as other Spotify Connect devices (via Reddit). However, as of right now at least, try to cast your stream to a Chromecast simple results in the following error message: “Spotify is not support on this device right now.”

Google is sure to make mention of Spotify’s new support for its platform at its event scheduled to kick off at 9 AM PT. If you want to keep in the loop on this as well as new Chromecast hardware, new Nexus devices, and more, be sure to head over and watch the livestream when it becomes available.