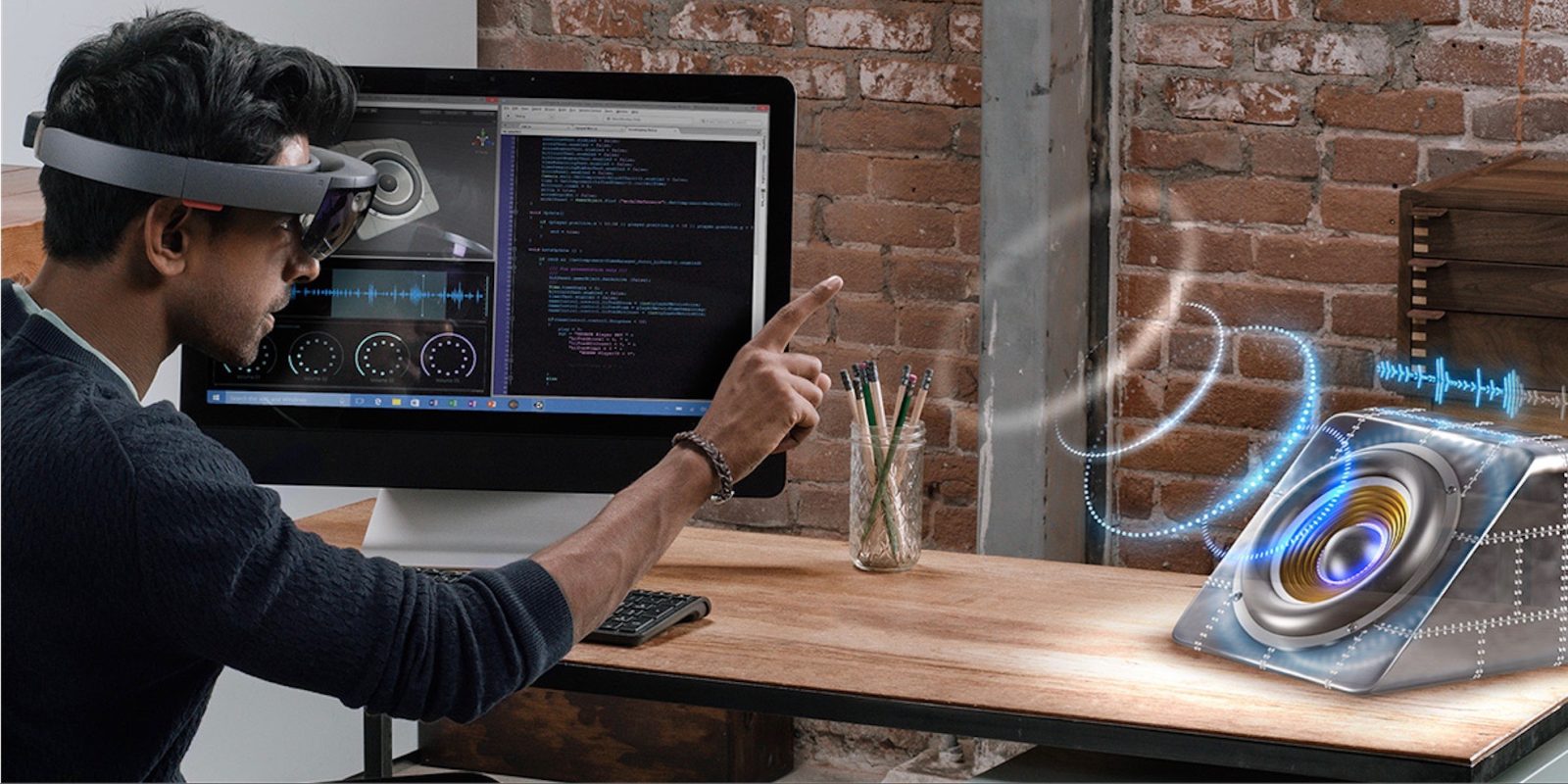 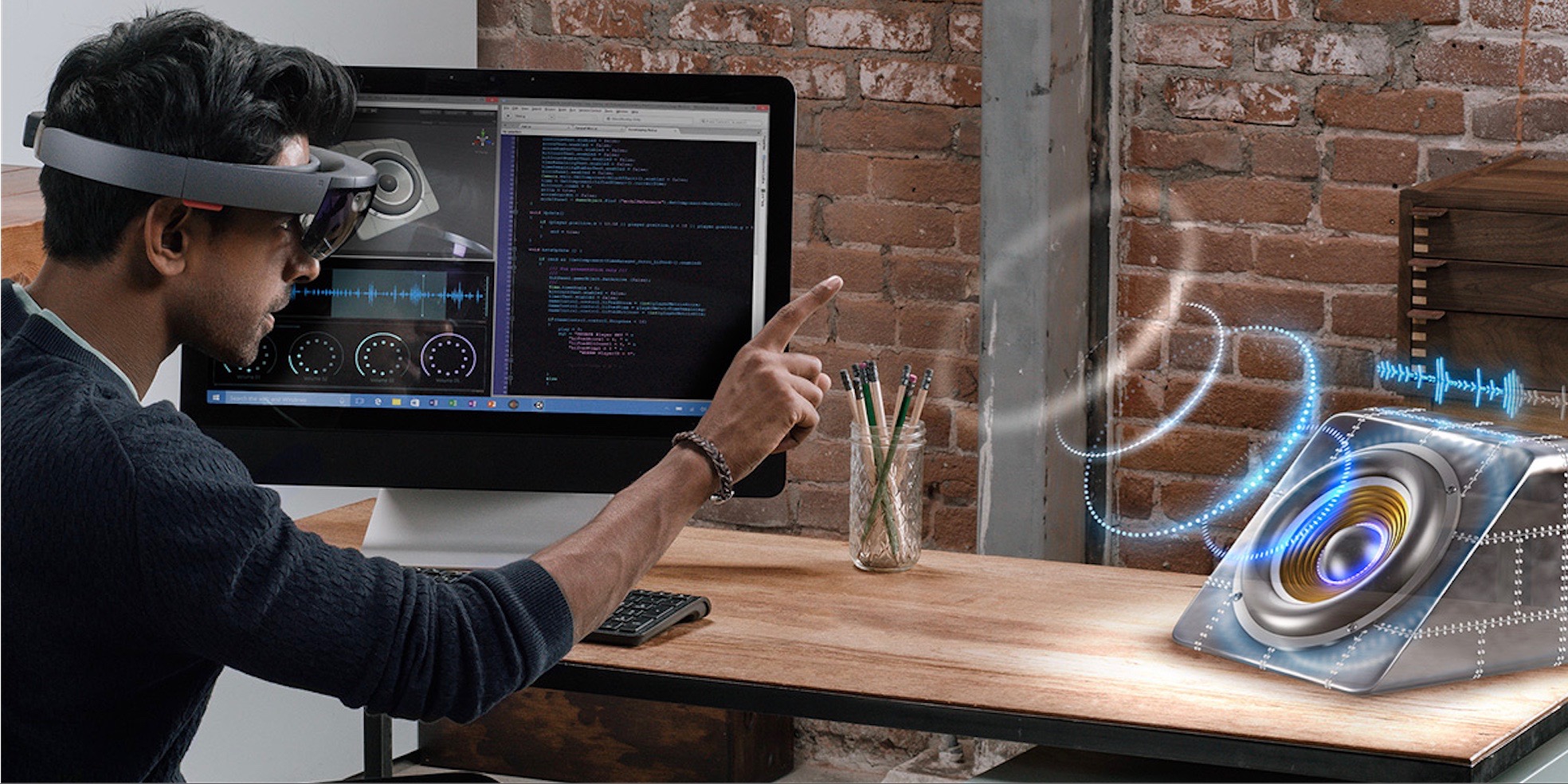 Microsoft's Hololens now has a price for developers
0

Microsoft’s Hololens now has a price for developers

At Microsoft’s event today it unveiled a huge array of ambitious and interesting technology which should be enough to make Google and Apple stand up and take notice. The once-giant of the consumer electronics world has had to reinvent itself over the past couple of years, and judging from today’s event, it’s doing enough to get people interested again at the very least. At best, it could transform the way we see technology and computing.

Microsoft is going all-out on fitness monitoring tech with its newest Band. Apart from the obvious difference in form factor, the Microsoft Band is in every way a smartwatch. The Band is redesigned to be a little more svelte, with a metallic frame around the display. It’s designed for people who work, but “also like to work out”. In other words, it can turn around your wrist.

Feature-wise, it’s very competitive. It has built-in GPS, UV monitoring, sleep and calorie tracking and smart notifications as well as the usual heart-rate monitor. What’s more, it has a barometer built in so that it can measure elevation and can even track your golf swing. If that wasn’t enough, it supports apps like Uber, RunKeeper, Starbucks, Subway and Twitter and also now has Cortana integrated for voice-controlled actions. As fitness trackers go, it’s a true all-rounder, and Microsoft’s built a brand new health app to help you monitor all your activities with precision.

The latest Microsoft Band is cross-platform and compatible with Windows 10, iOS and Android, so you don’t even need to buy a Lumia to make use of it. If there’s a downside, it’s price. The Microsoft Band is available to pre-order from today for $249. 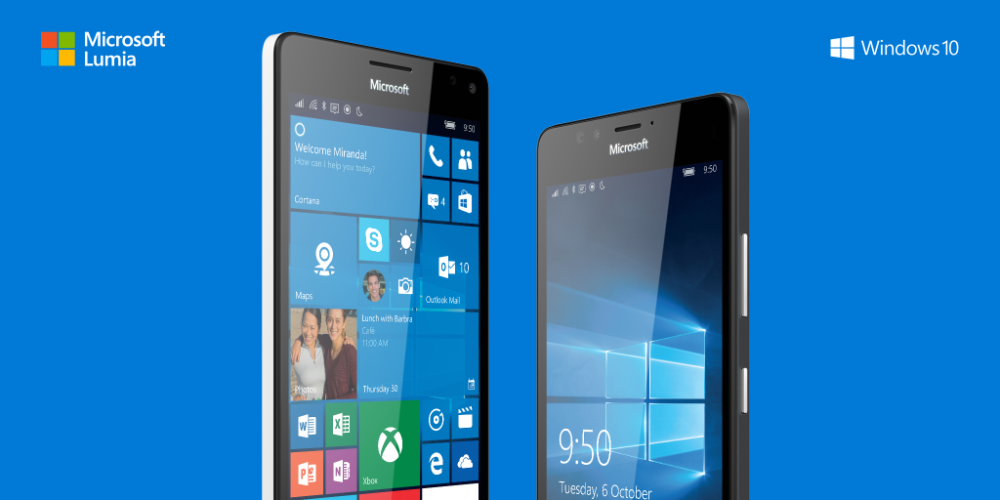 These two new smartphones are Microsoft’s newest flagship phones and — spec wise — they may not be too much of a threat to the traditional champions of the smartphone market. But, they do have a secret weapon which has the potential to complete change how some consumers do computing.

The 950 and 950 XL have 5.2-inch and 5.7-inch WQHD resolution OLED displays respectively. The larger of the two is powered by Snapdragons octa-core 810 chip, while the smaller uses the Snapdragon 808 hexa-core processor. Both sport 20MP cameras with 4K video recording and OIS paired with a triple-LED RGB natural flash. They also both have 32GB inbuilt storage, and full USB Type-C support which will give the user a 50-percent charge in 30 minutes. They also both happen to be liquid-cooled. You read that right: A liquid-cooled smartphone. It’s not just fancy cooling for fancy cooling’s sake though, both the 950 and 950 XL support Continuum.

Continuum will essentially let Lumia 950 and 950 XL users turn their phones in to PCs by wirelessly connecting Bluetooth keyboards, mice and monitors. It even adapts the mobile in to one that looks and works like the fully-fledged Windows 10 for PC. To compliment the Conituum feature, Microsoft built a Display Dock which makes it super-easy to get the Lumia phones hooked up to an external monitor. The dock has three USB ports, one HDMI and one DisplayPort and charges the phone while it’s connected.

We’ve seen manufacturers try the mobile-to-PC conversion in the past. Motorola tried it with Android, but ultimately it failed to catch on. It’ll be interesting to see if Microsoft fairs any better. Windows 10 is a much more universal platform than Android was a few years ago when Motorola launched the Atrix 4G with the dock. To make Continuum work as well as Microsoft wants it to though, developers do need to make their apps compatible. 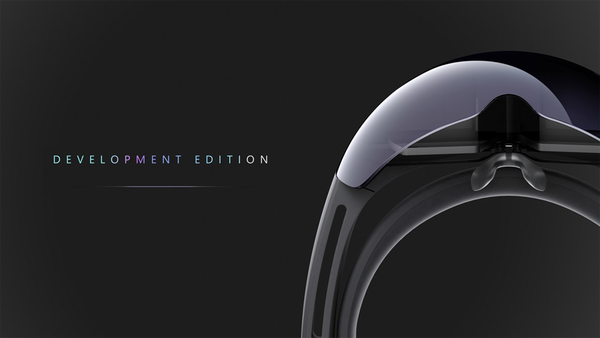 While Apple is yet to step in to the world of head-worn virtual reality of any kind, Google has launched both Glass and Cardboard. HTC and Samsung have both created VR solutions, and Microsoft is about to release HoloLens. Today, the company showed off its wearable holographic headset and wants to promote it as a business and entertainment tool. What makes it different to most VR solutions, however, is that it doesn’t need to be tethered to anything. It doesn’t require cables or even a remote PC connection to work.

The headset has been shown off by the company in the past, and resembles a very futuristic — albeit bulky — pair of sunglasses. You wouldn’t be surprised to see someone wearing these in a Sci-Fi movie. HoloLens uses its sensors to measure the space any user is in, and uses surfaces like walls and tables to project 3D images, videos and content on to them.

At its event today it showed off a game called ‘Project X-Ray’ which uses the device’s spatial mapping technology to simulate enemies jumping out from the walls of your living room. But it can be used for anything, from gaming to conference calling. The possibilities are only limited to what developers can imagine, or create. That is, if they’re willing to pay up the eye-watering amount required to get access to the HoleLens Developer Kit. From today, developers can apply for the privilege to cough up a cool $3,000 to get hold of the development edition.

With Google having just launched the Pixel C tablet, there’s a clear feeling among tech manufacturers that the market needs big tablet/laptop crossovers. Truth is, however, that Microsoft’s been doing this for years with the Surface lineup. Today, Microsoft arguably announced the most compelling solutions so far.

The Surface Pro 4 has a 12.3-inch “PixelSense” display, with a pixel density of 267ppi (5 million pixels on-screen) and is coated by a ludicrously thin 0.4mm sheet of Gorilla Glass. It has a new G5 chipset designed by Microsoft and comes alongside a new Surface Pen which has 1,024 levels of pressure. This newly redesigned stylus also has a tail eraser and a full year of battery life. As a kicker, the pen can be stored magnetically on the Surface Pro 4. The new Surface Pen comes in silver, gold, red, blue, and black and the pen tips are interchangeable.

Specs include up to 1TB of storage and 16GB RAM, and Microsoft claims it’s 30 percent faster than the Surface Pro 3. Like other tablet-PC crossovers, the Surface Pro 4 comes with the option of a magnetically-attaching slim keyboard (in colors to match the Surface Pen). It has a bigger trackpad than previous versions, and the keyboard is backlit. Prices start from $899 when the product goes on sale at the end of this month.

Google has its Chromebook Pixel, and now Microsoft has made its very first laptop, the Surface Book. And it’s a little weird. The hinge looks more like links on a watch strap than a traditional notebook hinge. Like the Surface Pro 4, the Surface Book has a 267PPI PixelSense display, but over 13.5-inches rather than 12.3-inches. It’s also bonded to the glass to make the content look like it’s on the surface of the display, rather than behind it. It has a backlit keyboard with 1.6mm travel, which Microsoft claims is “perfect” and is almost silent when used.

Inside, the Surface Book uses the latest Intel Core i5 and i7 processors, and an NVIDIA GeForce GPU with GDDR5 memory. All these internal components make the Surface Book “the fastest 12-inch laptop ever made anywhere on the planet”, according to the company who made it. It’ll be on sale on October 26 with prices from $1,499.