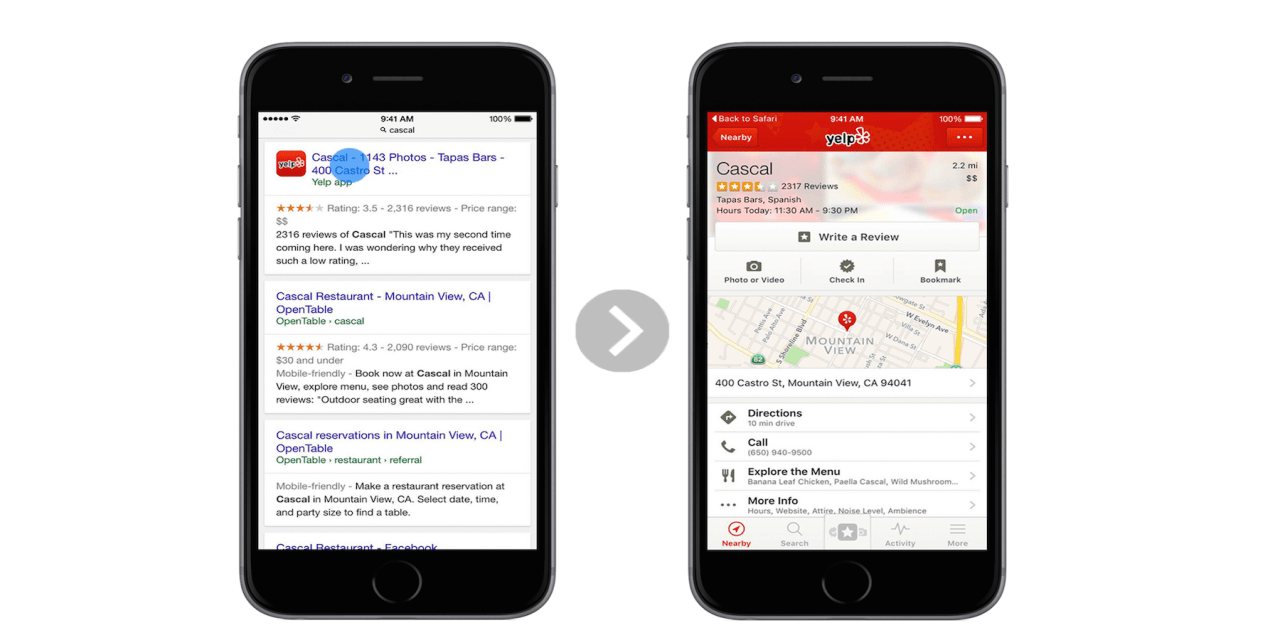 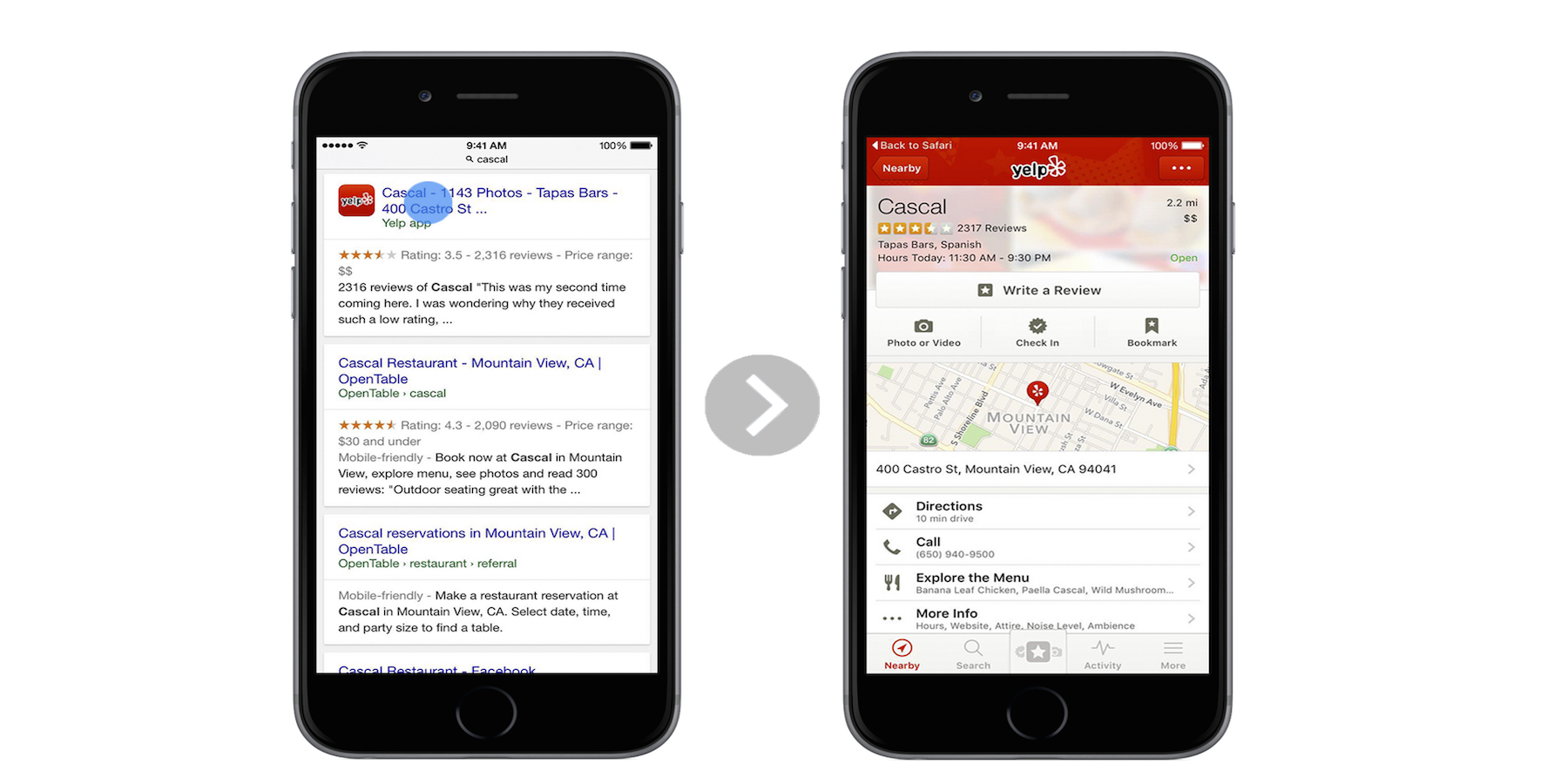 Google first introduced app indexing for iOS apps in search back in May, allowing in-app content to appear in search results with links that send users directly to an app. The feature was originally only available in the Google app and Chrome browser, but now Google is launching an updated version of the framework that will make the app links also appear in Google search results in Safari.

Getting your app content found on Google just got easier. App Indexing is now compatible with HTTP deep link standards for iOS 9, as it has been on Android from the beginning. That means that you can start getting your app content into the Search results page on Safari in iOS, simply by adding Universal Links to your iOS app, then integrating with our SDK.

Developers simply need to support the Universal Links standard to get their apps to show up in search results. Users will begin to see the app indexing links showing up in Safari on iOS by the end October.

Devs can read more on how to support the feature here.