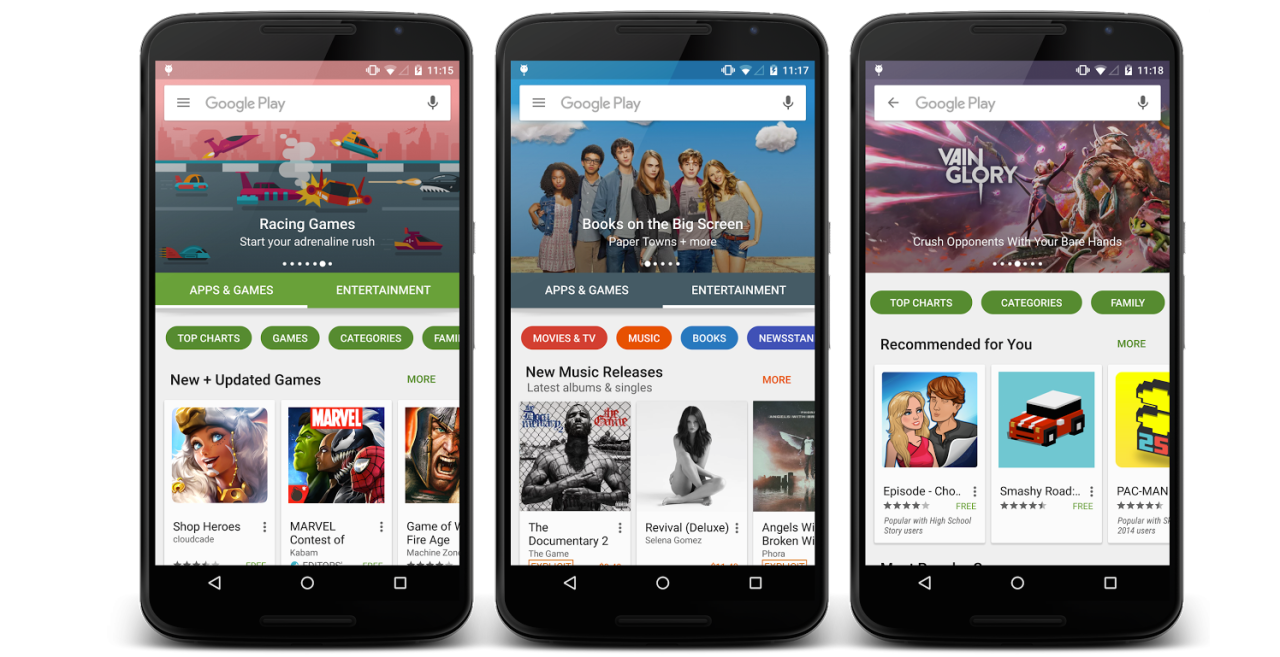 Googler Kirill Grouchnikov has today shared a handful of images that show a redesigned interface that is soon coming to Google Play. In the images, you can see that almost every aspect of the app’s interface has been redesigned, as has the main way of navigating.

First off, there’s a new splash screen followed by a pair of screens explaining what has changed with the new layout. For one, the app is now broken into two main sections: “Apps & Games” and “Entertainment.” As you’d expect, those are the two tabs on the main homepage of the new Play Store. You can either swipe between the two or tap on the titles. It’s a much simpler interface when compared to the current layout of six shortcut buttons for Apps, Games, Movies & TV, Music, Books, and Newsstand.

Within each tab are sub headings for Top Charts, Categories, new releases and updates, popular titles, and more. When transitioning between the two tabs, there’s a new smooth animation that seamlessly replaces the headings and tags for whatever heading you’re viewing at the time. Along the top of each of the two sections are hero images showcasing content presumably curated specifically by the Google Play team.

Grouchnikov didn’t specify exactly when this redesigned Play Store interface would begin to rollout, but he did claim that it was coming “soon,” so we shouldn’t have to wait too much before our eyes are graced with this refreshed interface.

In the meantime, Google has updated the current version of the Play Store with the ability to copy and paste changelogs from the Play Store, a feature that is certainly welcome by bloggers everywhere (via Android Police).