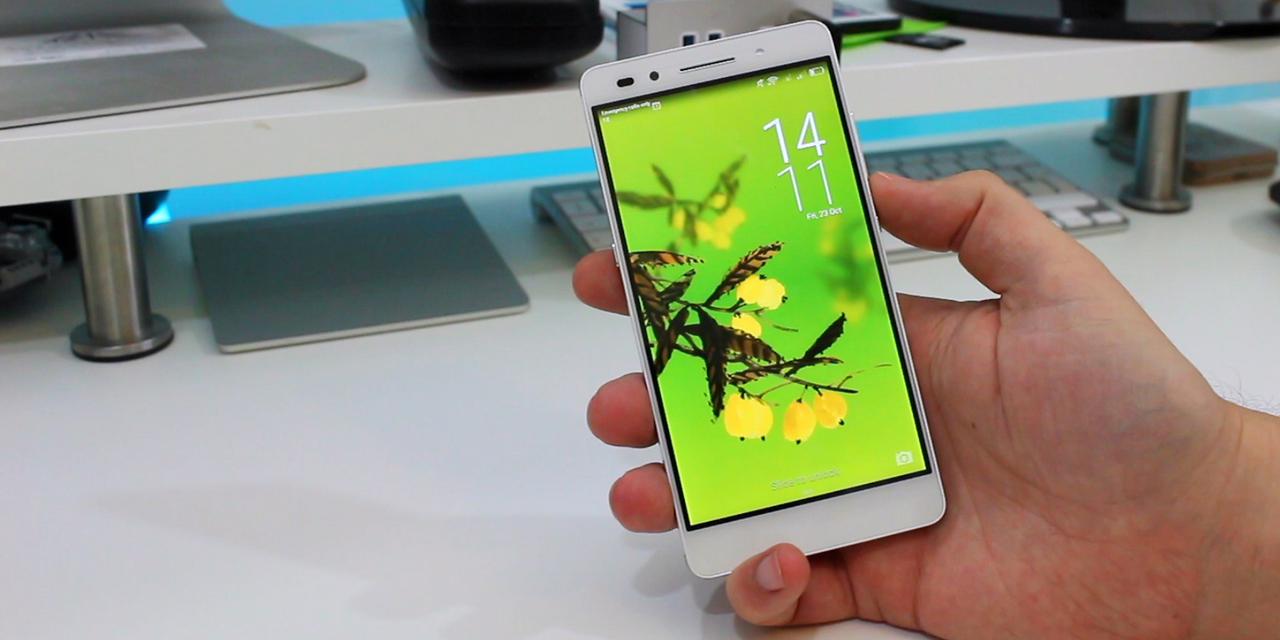 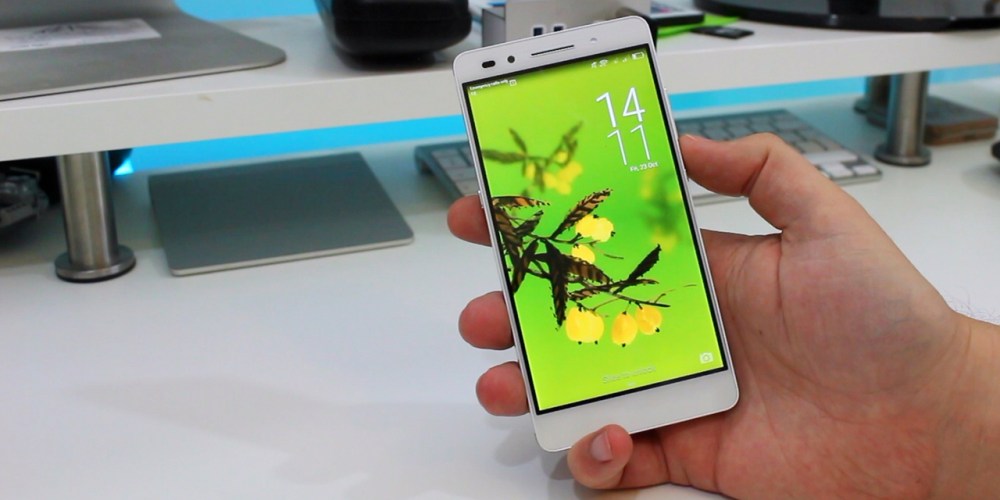 Honor is Huawei’s affordable brand in Europe, and the Honor 7 promises high end design and features, but without the normally associated price tag. It’s all metal, has a full HD display and a fingerprint sensor built in. But it’s not perfect…

The Honor 7 uses many of Huawei’s usual design traits. The metal has a shimmery bead-blasted finish and a curved back, with matching metallic plastic caps at the top and the bottom. Polished metal trim around the fingerprint sensor and protruding camera add a hint of elegance to a phone which has the overall look and feel of a much more expensive phone. It’s one of those devices where you know that it only costs £250, and so you go looking for faults in its design, somewhere Honor has to have gone cheap. But there isn’t really one. At least, not from a hardware and design perspective. It’s a real joy to look at and to hold. It’s very comfortable in hand.

Even the buttons on the side are among the most solid, and clicky I’ve ever felt in a smartphone. On the left edge, there’s a third button, suitably named the Smart Key. You can program it to do a number of different things, depending on how many times you press it. I found it particularly useful to quickly launch the torch pressing the button once, or grabbing a screenshot by double-tapping.

From the front, it’s a fairly standard affair. With the screen switched off, the phone looks like it has impossibly slim bezels. Switch the screen on, however, and you’ll see a black screen gap all the way around the edges of the 5.2-inch display panel.

And the display itself is rather wonderful. It’s a full HD 1080 x 1920 display, with a pixel density of 424ppi. It uses IPS-NEO LCD technology and is one of the best displays I’ve seen in a mid-tier phone. It’s sharp, it’s clean, videos and games all look great and colors are well balanced. The best part is it looks good from almost any angle. As long as you can ignore the black frame around the screen, you’ll not be disappointed.

As cameras go, the 20MP snapper on the back can take some great images. They can be sharp and balanced if light levels are really good. It’s especially good at capturing fine details when up close to an object. But, at times, it seems to get fuzzy and grainy, like it’s missed the focus point somehow. It gets especially noisy in low light. That said, with some great slow-exposure features like ‘light trails’ for cool night-time effects, it’s definitely one of the most fun cameras to use.

The one part of the multimedia experience that isn’t so hot, however, is the loudspeaker quality. There’s only one speaker, and it’s placed awkwardly on the bottom edge of the phone. I found myself covering it so often and muting the sound. Even when it’s not, the audio has a tendency to be a little tinny.

As experiences go, the Honor 7’s is heavily dictated by the software. As with most Huawei phones, it runs EMUI on top of Android. In this case, on top of Android 5.0 Lollipop. EMUI’s default launch is very similar to the iPhone’s. There’s no app drawer, folders open in their own screen with an attractive animation. You can install third-party launchers, but Huawei insists on placing a rounded square behind every app icon. It does have its upsides: you can download and install some themes. Huawei’s live wallpapers respond to gestures when swiping across the screen, too, which I really like.

Huawei’s HiSilicon Kirin 935 octa-core processor makes light work of pretty much everything. The entire experience is snappy and fast, animations are smooth and the fingerprint sensor is stupidly fast. It has 3GB RAM too, and never seems to get bogged down. I had the odd instance of stuttering here and there, but no more than I’ve seen on almost every phone I’ve used.

Battery life is also impressive. The 3,100mAh battery can get me through almost two full days, and easily gets me to the end of a work day, even if I’ve been heavier with my mobile use than normal. What’s more, it has a ton of power optimization features to help squeeze even more life from the battery juice.

As an overall package, the Honor 7 offers a lot. It’s fast, looks and feels great, and has the aesthetics of an elegant premium device. How good a value it is depends on which side of the Atlantic you sit. In the UK, at £249 it’s cheaper than a Moto X Play. In the US, it’s over $480. A that price point, it has some serious competition, like the Moto X Style which starts at $399 and has much better specifications, and a cleaner version of Android.