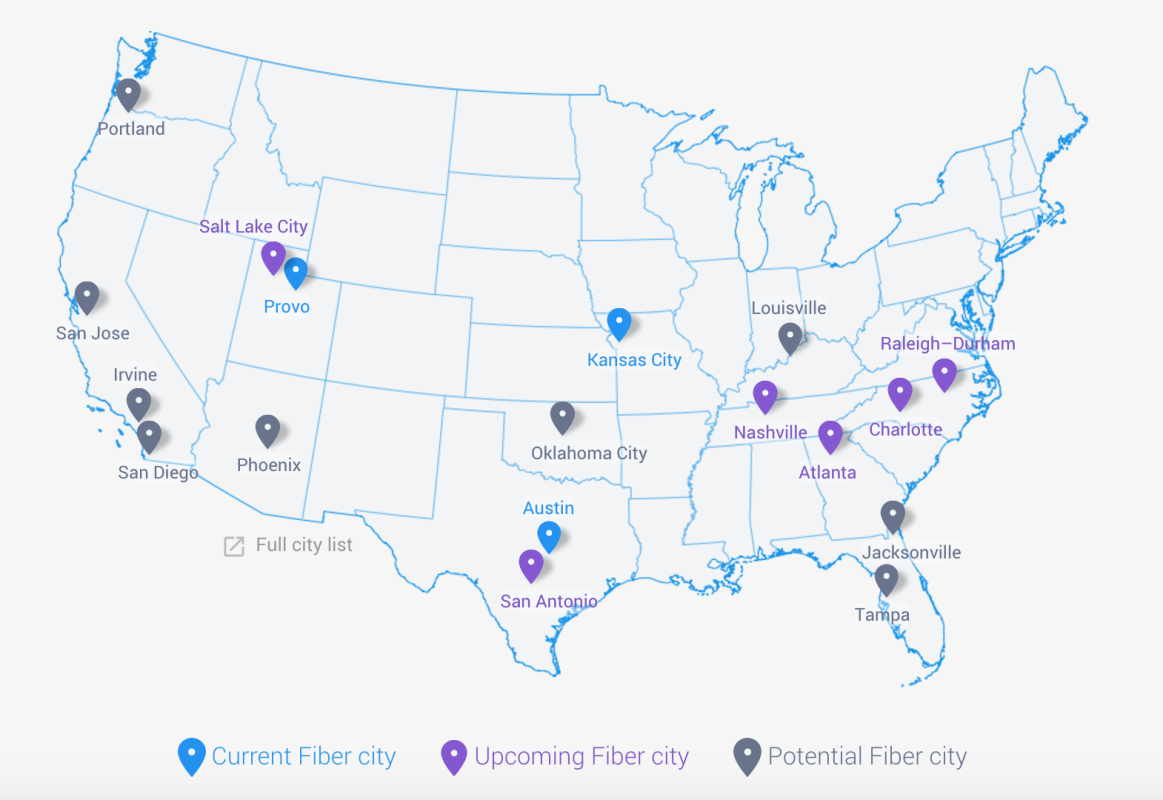 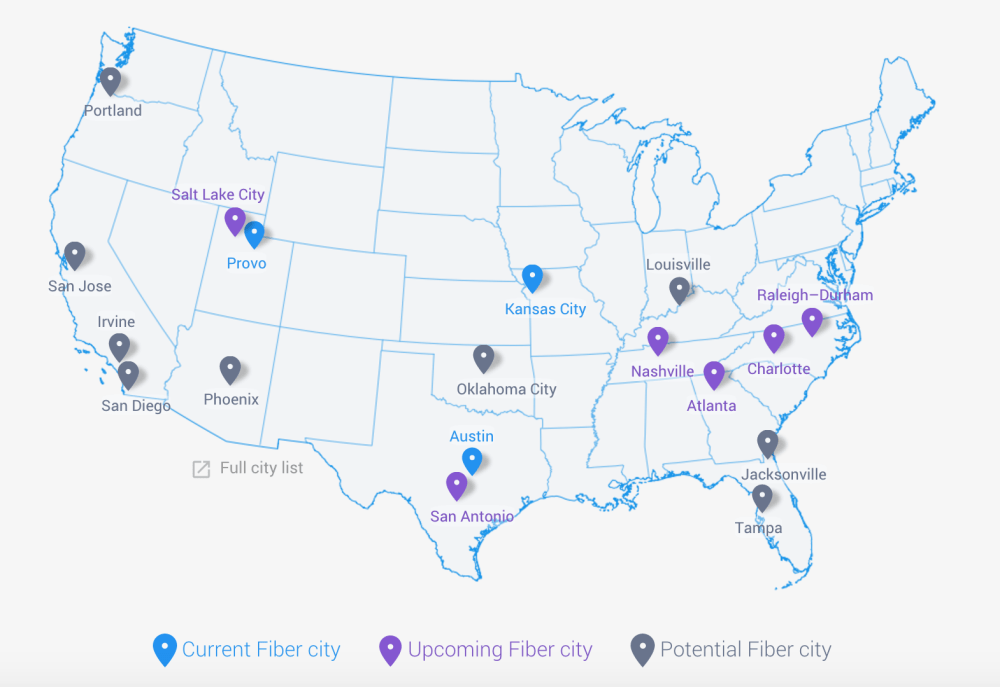 Google Fiber is slowly but surely gaining momentum, and the Mountain View company just last month announced that it began exploring Irvine, Louisville, and San Diego as potential cities for the service. Today, it looks like there are three more cities being added to the “maybe one day” list (which is definitely an upgrade from the “who knows” list most cities are still on): Oklahoma City, Oklahom, Jacksonville, Florida, and Tampa, Florida.

That’s why today, we’re inviting Oklahoma City, OK, Jacksonville, FL and Tampa, FL, to explore bringing Google Fiber to their communities, as we did last month with three other cities. These growing tech-hubs have a strong entrepreneurial spirit and commitment to small business growth. Their list of accolades is long—from Jacksonville’s title as a top 10 city for tech jobs, to Tampa Bay’s #2 spot on the list of best cities for young entrepreneurs, to Oklahoma City’s recognition as the #1 city to launch a business. One of our goals is to make sure speed isn’t an accidental ceiling for how people and businesses use the Web, and these cities are the perfect places to show what’s possible with gigabit Internet.

There are currently 3 Fiber cities, and 6 that are definitely on the way. This announcement leaves us with 9 cities that Google has designated as potentials, with the other 6 being Portland, San Jose, Irving, San Diego, Louisville, and Phoenix. Now, Google is going to start the “joint planning process” in collaboration with the three new cities’ local leaders to study their respective communities. Now it’s just a waiting game for those lucky enough to reside in these cities.