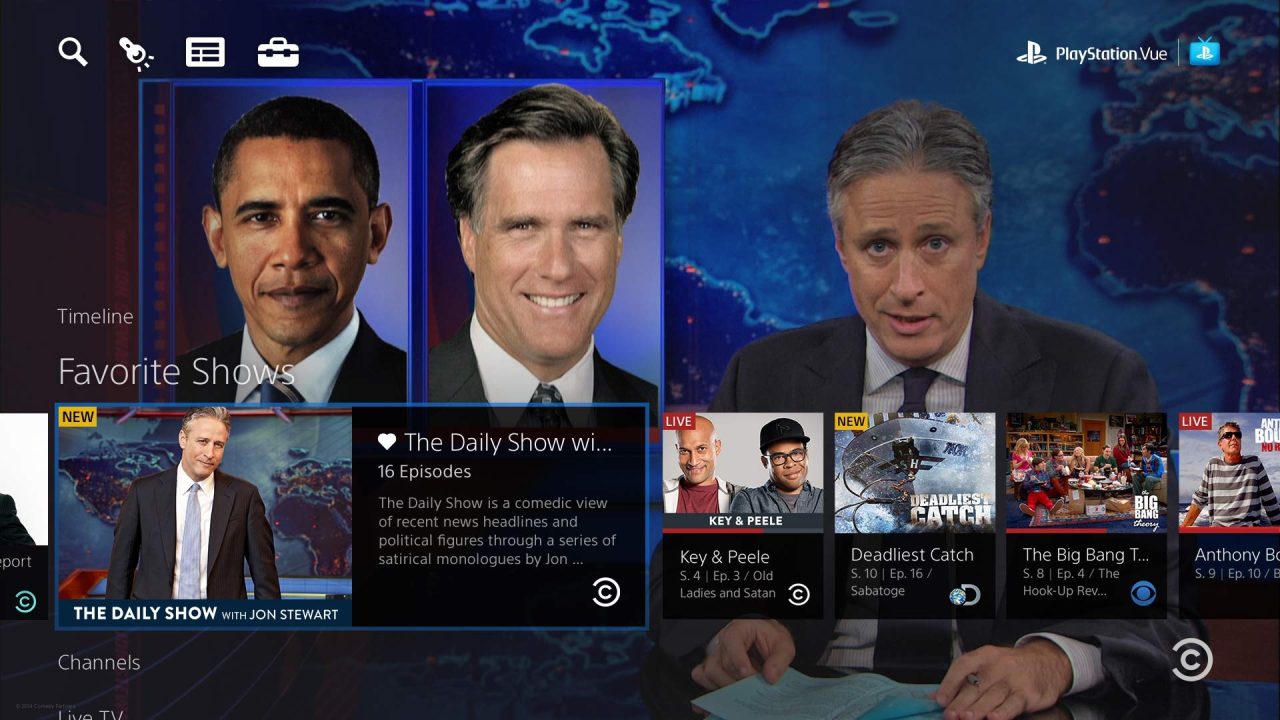 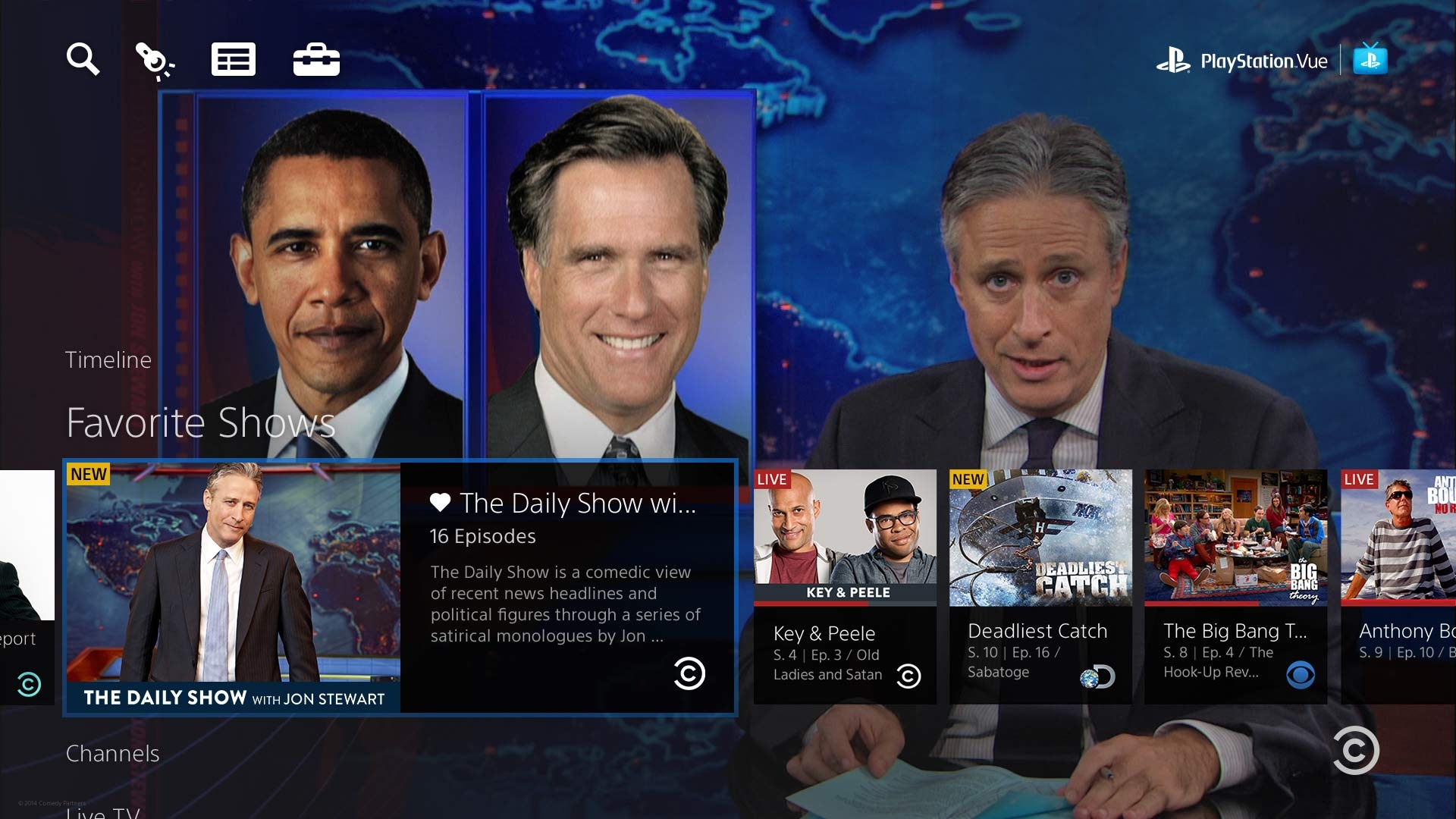 Watching content on Vue through Chromecast will work by controlling it from the PS Vue Mobile app:

Users with an existing subscription will also be able to access the cloud-based TV service on Google Chromecast via the PlayStation Vue Mobile app from compatible iOS devices later this year.  This brings the availability of PlayStation Vue to a total of seven devices:  PS4, PS3, Amazon Fire TV and Fire TV Stick, iPhone® and iPad®, with Chromecast coming soon. The launch of PlayStation Vue on new devices gives viewers more choice and flexibility to access the service’s unique offering of live TV, movies, and sports without a cable or satellite subscription.

Sony is also reducing prices for its Core and Elite plans starting today: PlayStation Vue’s sports tier package, Core, will be available at $54.99 (reduced from $59.99) and the premium tier package, Elite, at $64.99 (reduced from $69.99). The standard Access package sticks around at $49.99 while offering ” includes 50+ broadcast TV, movies and sports channels.”

Find out more about PlayStation Vue, coming soon to Chromecast, on PlayStation’s website.