The Pushbullet you know and love isn’t going to be the same for much longer, at least for those that don’t want to throw $40 at the company for a year-long “Pro” subscription (or $5/month). Today, the company announced a “Pro” version of its app, which sadly doesn’t add any new features at all. Instead, Pushbullet is simply using emotional appeals and asking for users to start paying for features that were — until today — free.

What’s more, it looks like the original Pushbullet creator, a man by the name of Ryan Oldenburg, once promised that exactly this kind of thing would never happen happen…

I do plan on finding a way to make some money to support PushBullet eventually, but it won’t be by taking away functionality, it will be by offering additional, so don’t get too worried :)

But here we are, with the following little tidbit popping up on the Pushbullet blog:

Pushbullet Pro is an optional premium account that has features not available to free Pushbullet accounts. Some previously free features do now require a Pro account.

To put it lightly, people aren’t really happy about this. Phil Nickinson was quick to say that the new pricing scheme is “close to a shakedown,” /r/Android Redditors are notably furious despite their love for the app, and the comment section on Pushbullet’s blog is blowing up with people claiming that the price for the new pro tier is just too high.

So what does the new tier offer? Well, as I already mentioned, there aren’t really any new features here. That said, a few features, most notably mirrored notification action support and universal copy & paste, are now restricted to only those that go pro. Pro users will also be able to send files up to 1 GB in size, as well as send unlimited messages through the service (limited to 100 for free users).

I’m personally not expecting this plan to last very long (at least not at this price), so stay tuned as the drama continues to unfold. Artem Russakovskii first teased yesterday afternoon that Pushbullet was about to unveil their monetization plan, but not many expected this mess. Instead, most Redditors jumped to the conclusion we were about to witness a would-be-much-more-welcome Google acquisition. Sad day. 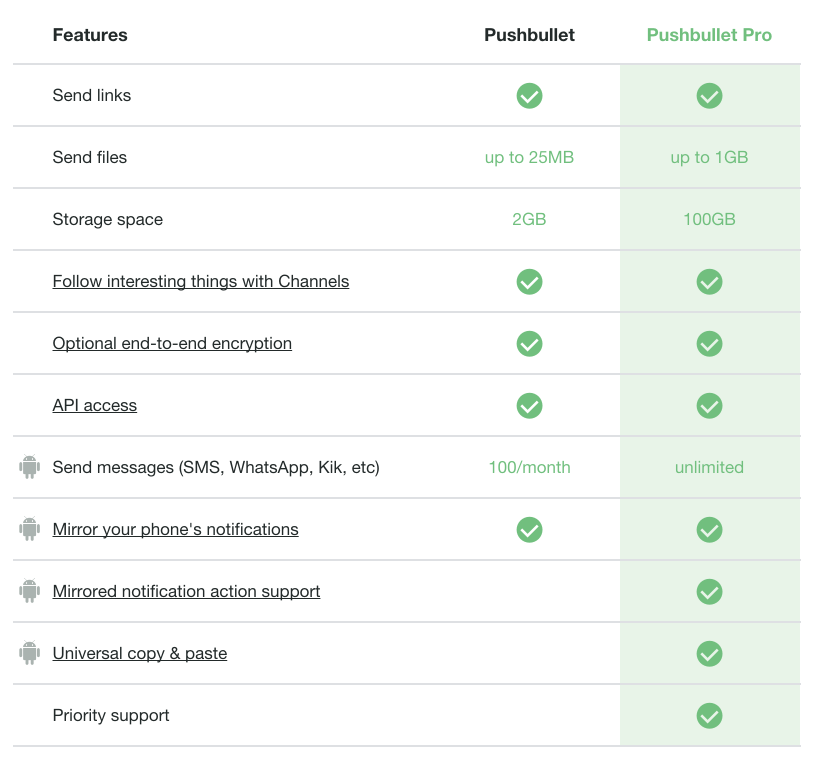