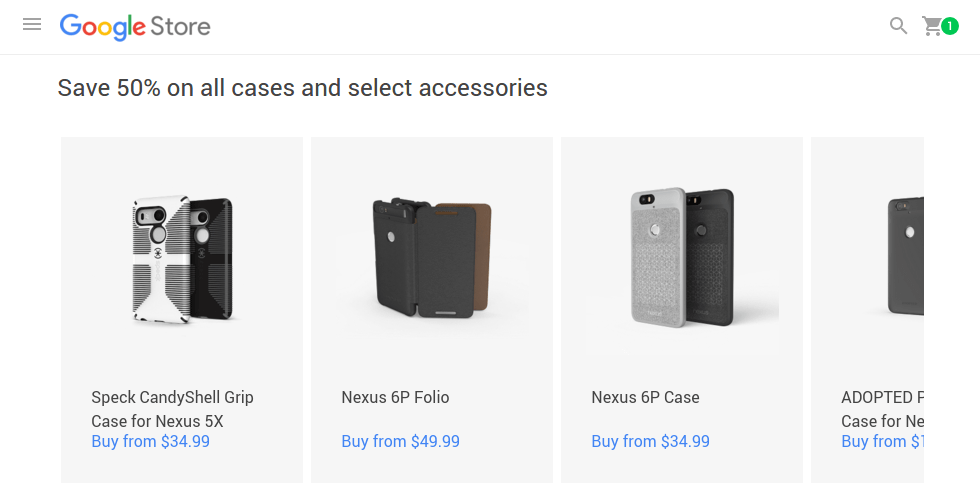 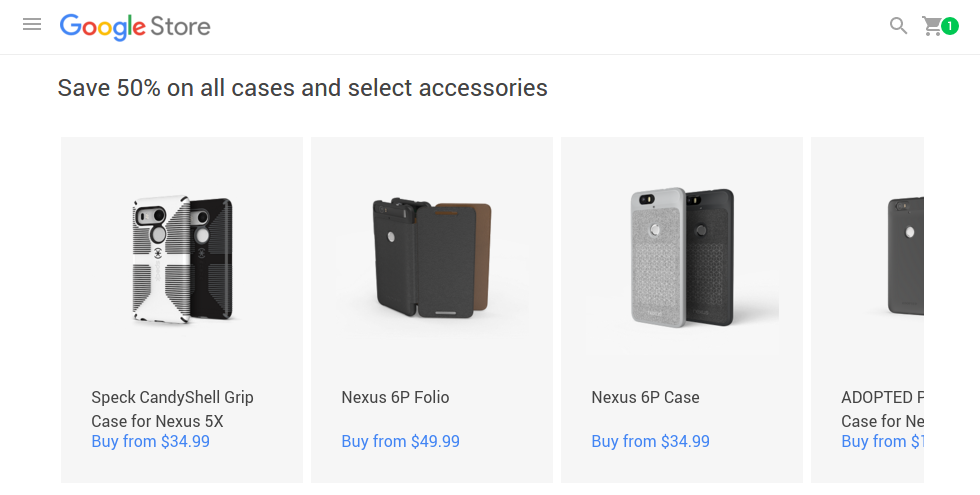 In addition to knocking $80 off all Nexus 5X models, the US Google Store is also discounting all cases for the latest Nexus devices by 50%. The discount is applied at checkout and covers the Nexus-branded Case and Folio, as well as those made by ADOPTED and Speck…

With this deal, all the cases are priced at under $20 and are comparable with those you’d find from other accessory makers on Amazon. The Nexus-branded and ADOPTED case are only sold through the Google Store, while the Speck CandyShell is priced $40 everywhere else.

Also half off is a Nexus 6 case and the Nexus 9 cover and keyboard folio. The latter object drops in price to a rather respectable price of $64.50 and when paired with the currently on-sale Nexus 9 tablet it makes for a cheap laptop-esque combo. The sale on Nexus devices lasts till Monday, but it is unknown how long the accessory deal runs for.

Another gadget with a drastic price cut is HTC’s RE camera at Best Buy. Its on sale for $74.99 (from $199) in all colors. Several of its accessories are also on clearance.