Since routers work better when they’re left out in the open (rather than hidden down in the depths of the cabinets of the desk in your 1st floor office), Google thought it would be a good idea to make that one of the main selling points of OnHub. The new router platform is actually a really pleasant experience as a router (and looks a lot better than most of the current options), but the TP-LINK model’s price tag is just really hard to swallow. And rather than introducing a cheaper OnHub, Google recently decided to launch a more expensive one from ASUS.

Not much about the OnHub makes sense at this point, at least from my perspective.

Now (in hopes of making the platform more attractive?), Google has launched three new stylish covers for the already-$200 TP-LINK router. The Mountain View company is calling them shells, and they’re available in both bamboo and plastic. Oh, and Google is inviting creators to create their own shells as well through OnHub Makers…

One of the more practical designs in my eyes is a lamp cover from New York designer Katie Stout. Not only does this cover completely hide your router, but it actually transforms it into a lamp that can be plugged in as well. That makes a little bit of sense, and well, it’s a nice piece of art. Other less-useful designs include a fruit bowl from potter Helen Levi, a knitted yarn sweater (yes, like the kind you put on your pets during the holidays), and even a slinky made by creative studio BROOK&LIN.

In reality, these are just interesting ideas for most of us. Google isn’t mass-producing them (and if you want to grab them anyway, that depends on the studio — the slinky, for example, costs more than double the price of the TP-LINK router itself). 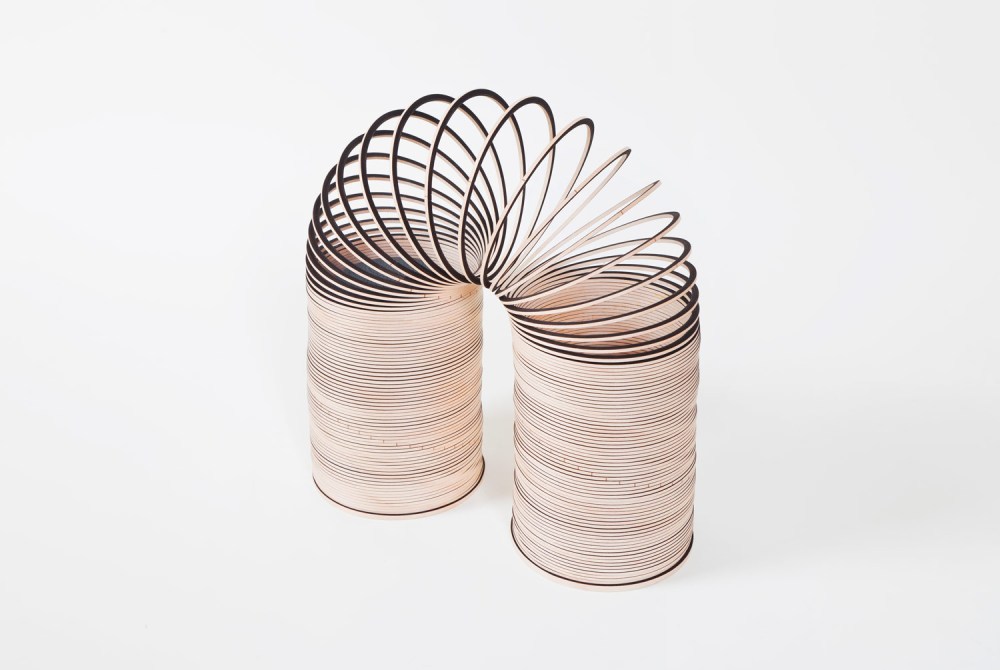 You can, however, make some for yourself if you’re into that kind of thing (I’m not). Google is offering up a PDF that outlines a few guidelines and provides links to an Illustrator template and a 3D file for the existing shell. Google specifically warns against using “3” thick concrete” and various metal and electronics that could disrupt the router’s signal. Darn. I was hoping to cover my OnHub with an actual trash can so that I could turn my router trash can into a real trash can.

On the slightly more sensical side of today’s announcements, you can grab a few much less eccentric covers for the TP-LINK OnHub on the Google Store. There’s a bamboo one that’s $39, and a couple different plastic designs for $29 a piece. That sounds like a lot to me, but I guess if I were the kind of person to spend $200 on a fancy (although good, I admit) router, $30 or $40 on a cover isn’t that big of a deal.