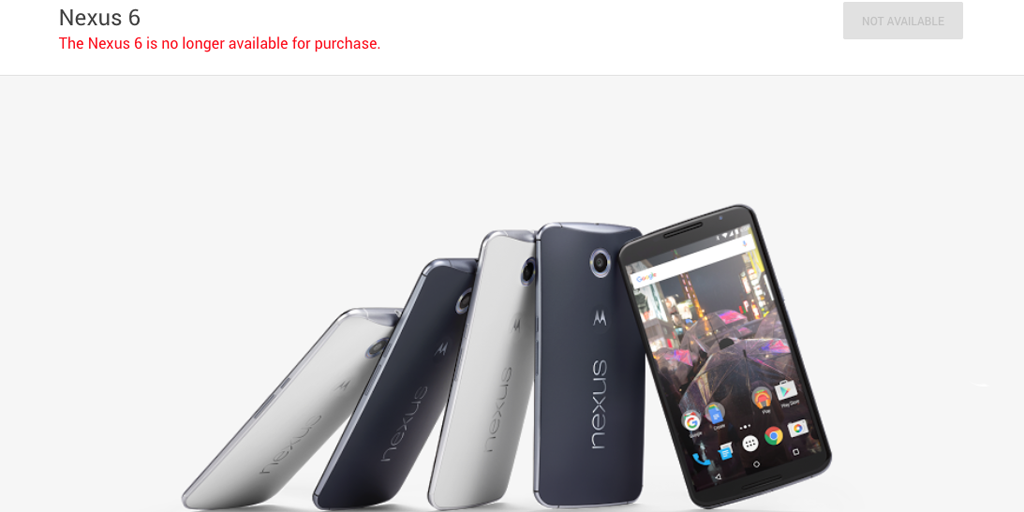 We were surprised by just how good a deal you could get on a Nexus 6 on Black Friday, and we now know why: Unsurprisingly, Google was clearing old inventory before officially discontinuing the model a couple of months after it was replaced by the 6P.

As the Google Play store now shows a message stating that ‘The Nexus 6 is no longer available for purchase.’ Don’t despair if you were still hoping to get your hands on one, however.

You can still find models for sale on eBay and Amazon but who knows for how long.