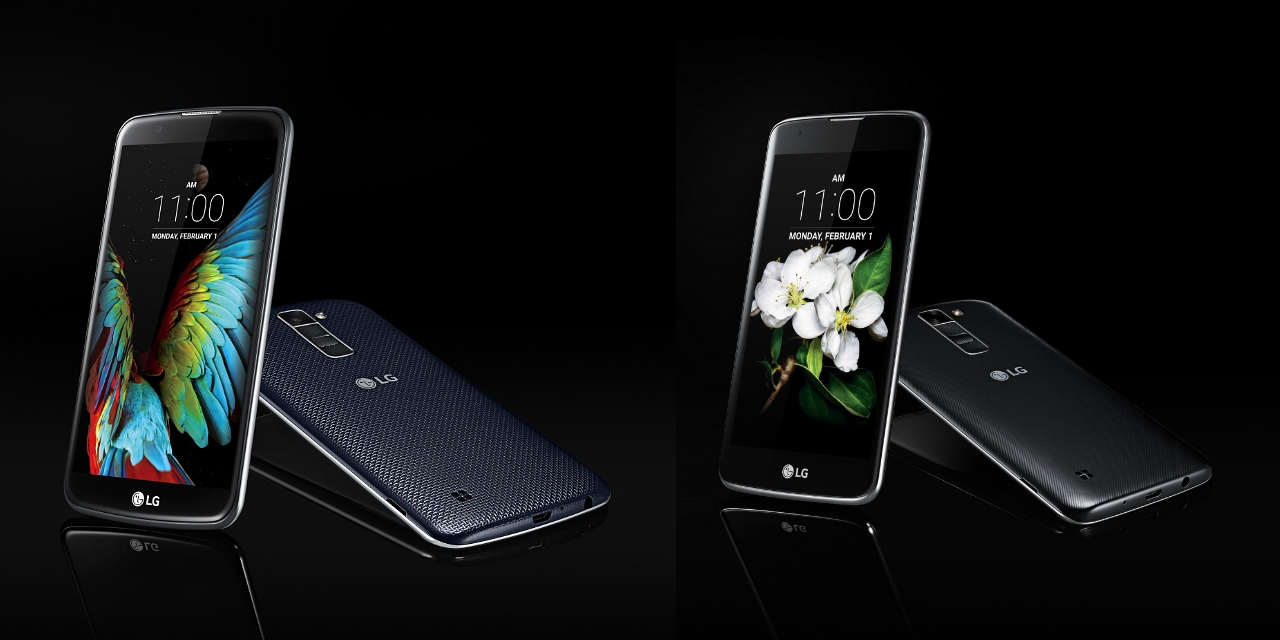 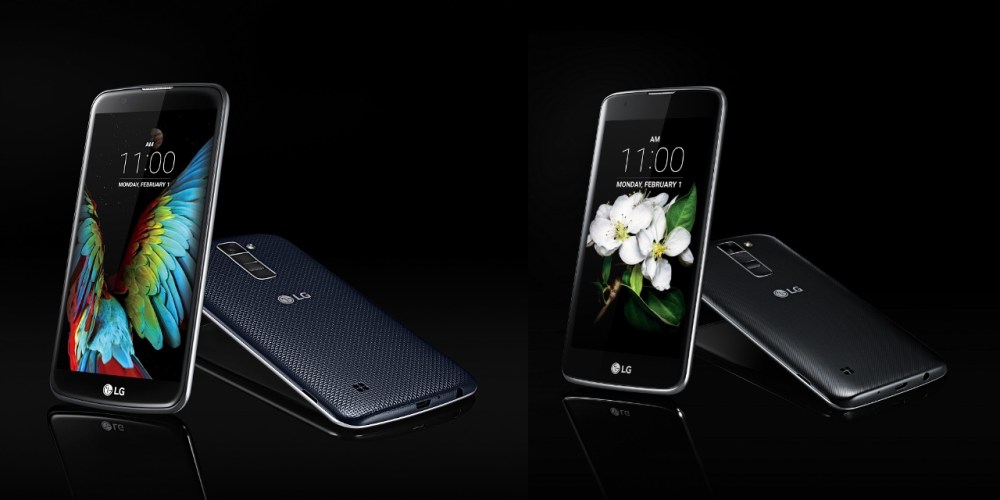 LG has shown its hand at Vegas this year and announced a couple of new mid-tier smartphones for the budget-conscious consumer at CES 2016. LG claims that both of the new devices have been inspired by nature, and are the first to offer the company’s ‘glossy pebble’ design language which is aimed at a younger target market. Both the K10 and K7 run Android and feel premium, according to the company’s press release…

While featuring different specs, the two new K-series phones for 2016 feature many of the same traits. Design, for instance, is noticeably similar on the two devices. Both have the rounded 2.5D glass on the edges of the front panel, and a similar curve towards the edges on the back. What’s more, they’re both free of any physical clutter on the front. Like many of its other phones, LG opted to place the power and volume buttons right on the back, within reach of either index finger.

Keeping with the rear shell, LG designed a woven pattern to increase grip, making it less likely to slip out of the user’s palm when being particularly active.

“Our 2016 K Series is the latest example of LG applying it best mobile technology and premium design philosophy across numerous smartphone categories,” saidJuno Cho, president and CEO of LG Electronics Mobile Communications Company. “Customers equate the LG name with great smartphone imaging technology and we are committed to delivering on that flattering expectation.”

Because it’s going to launch in a number of different markets, LG is going to offer both phones with a variety of different specifications. Bear with me, it gets a little confusing.

No pricing has been announced yet, but given the sheer number of model variations available, LG will more than likely announce those on a market-by-market basis once they launch.