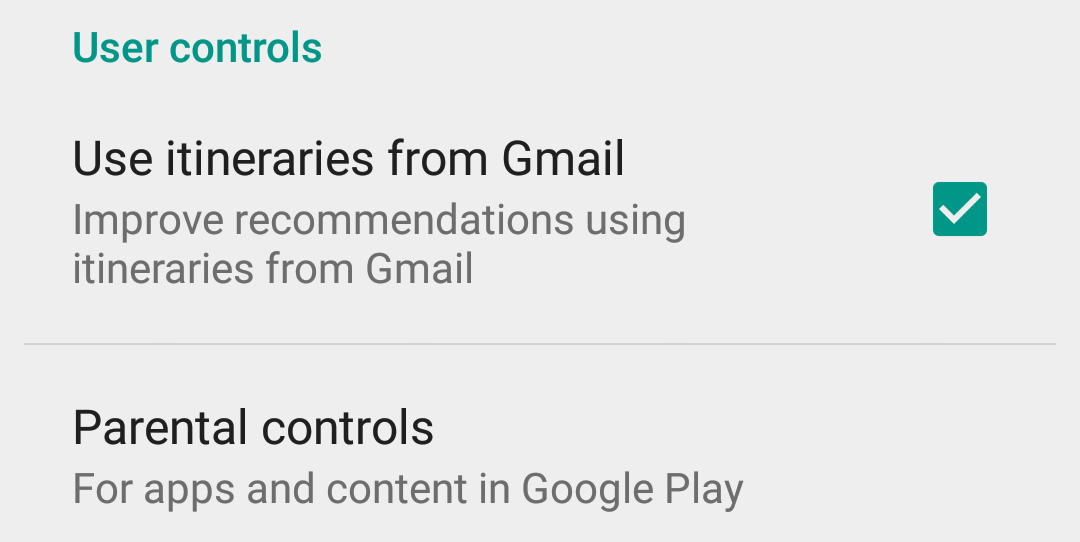 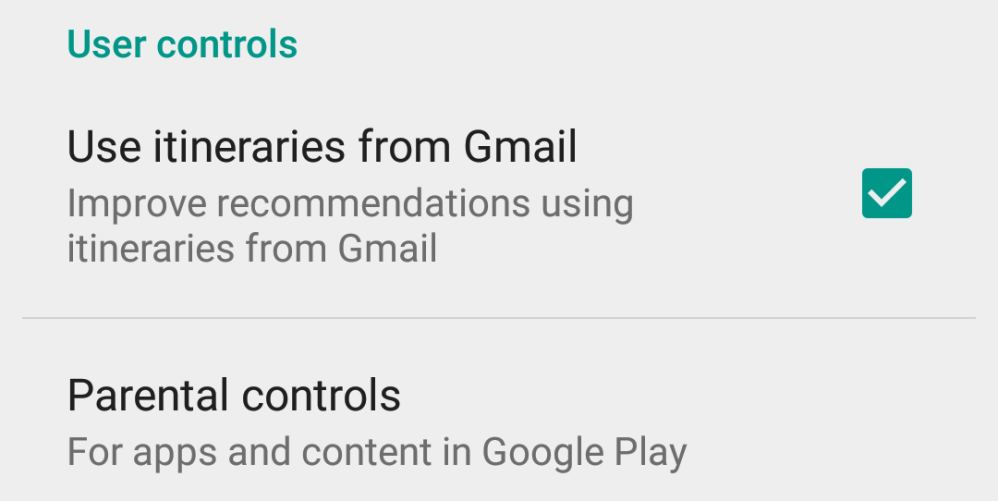 The Play Store currently recommends apps based on various signals from the people you follow on Google+. Starting with version 6.2, the store will also begin using a user’s Gmail itinerary to make app suggestions. Here’s how it will work:

Google services like Now and Inbox already scan a user’s emails to automatically surface cards and create travel bundles with useful reminders. The new Play Store feature will likely recommend apps from airlines and hotels based on the emails that those services usually send out as confirmations. Presumably, those apps would provide their own notifications and thus reduce people’s need to dig around their inbox for that pertinent information.

While the feature is turned on by default, users will have the ability to turn it off in settings under ‘User Controls’. Other changes in this version include some minor tweaks in the navigation drawer. The gift card/promo code redeem feature is now ranked higher and gets a new icon. ‘My Wishlist’ is shortened to just ‘Wishlist’ and is dropped a rank. Additionally, there is bolder numbering in the ‘My Apps’ section.

The updated Play Store is rolling out to users now.