Revamped Google Contributor now starts at $6.99 to see fewer ads on the web 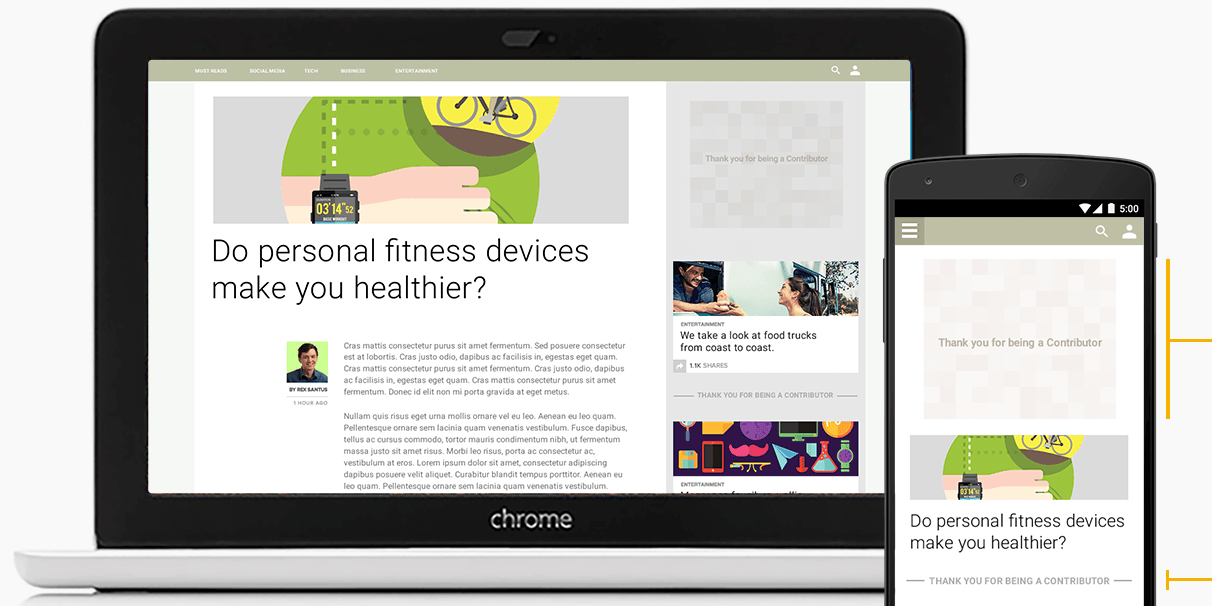 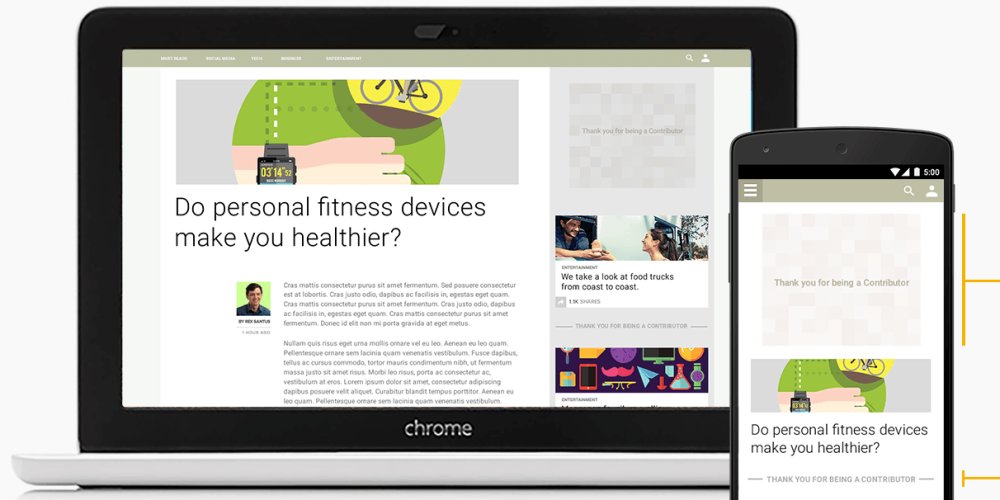 Google Contributor allows readers to pay a monthly fee to see fewer ads on the sites they visit. Ads are either outright removed or replaced with a thank you message. The service launched in 2014 and was opened up to those in US last year. Today, Contributor is getting a revamp that sets the starting monthly fee users can pay to $6.99.

When Google Contributor opened up to the public in July of last year, users could pay $2, $5, or $10. Depending on which tier, users would see a percentage of ads. At the lowest tier, typical users were guaranteed to see 5-15% fewer ads, while at $10 per month a person would see 25-50% fewer ads. Each replaced ad would deduct a small amount of the fee to pay publishers.

As part of today’s revamp, users have to pay $6.99 per month. Google picked that amount to ensure users saw a noticeable reduction in ads. They have also changed the percentage metric to a specific number of fewer ads users will see. Google claims that a typical person would see 400-2000 fewer ads. After their first month, users can go into settings to change their contribution level. Any unused credits are refunded at the end of the month.

In this patron model, some ads are removed outright and others are replaced with a simple thank you message. The ad removal works on all modern browsers and most mobile devices, as long as users are logged into their Google account. Any site that uses AdSense or DoubleClick is eligible to sign up. At this time, Google Contributor is still limited to users in the US.