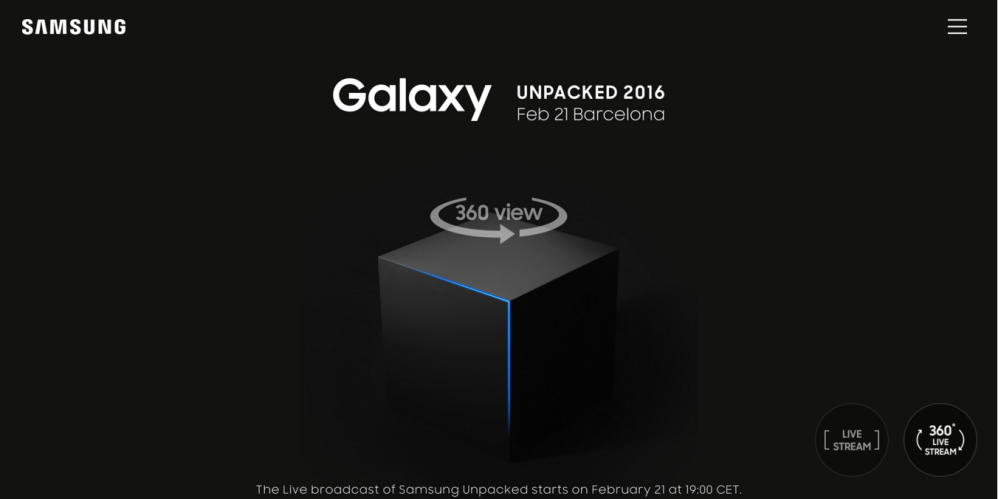 With LG’s G5 event out of the way, Samsung’s will be the last major Android-related event of press day at Mobile World Congress 2016. The event begins at 10AM PST / 1PM EST and will be streamed by Samsung in a variety of ways…

Users can watch it via YouTube, but Samsung will also be providing a stream in 360 degree virtual reality for their Gear VR and Google Cardboard. Those with the Gear VR and a compatible Samsung device can download the Unpacked 360 View app from the Oculus Store, while Android and even iOS users can download a similar app from their respective app stores.

Users will be able to watch the event from four different views and can switch between them at any time: auditorium, stage left, stage right, and from center stage. Those on a desktop can get the same angles by watching the event from Samsung’s Galaxy Unpacked page, though without the benefit of it being in 360 degrees.