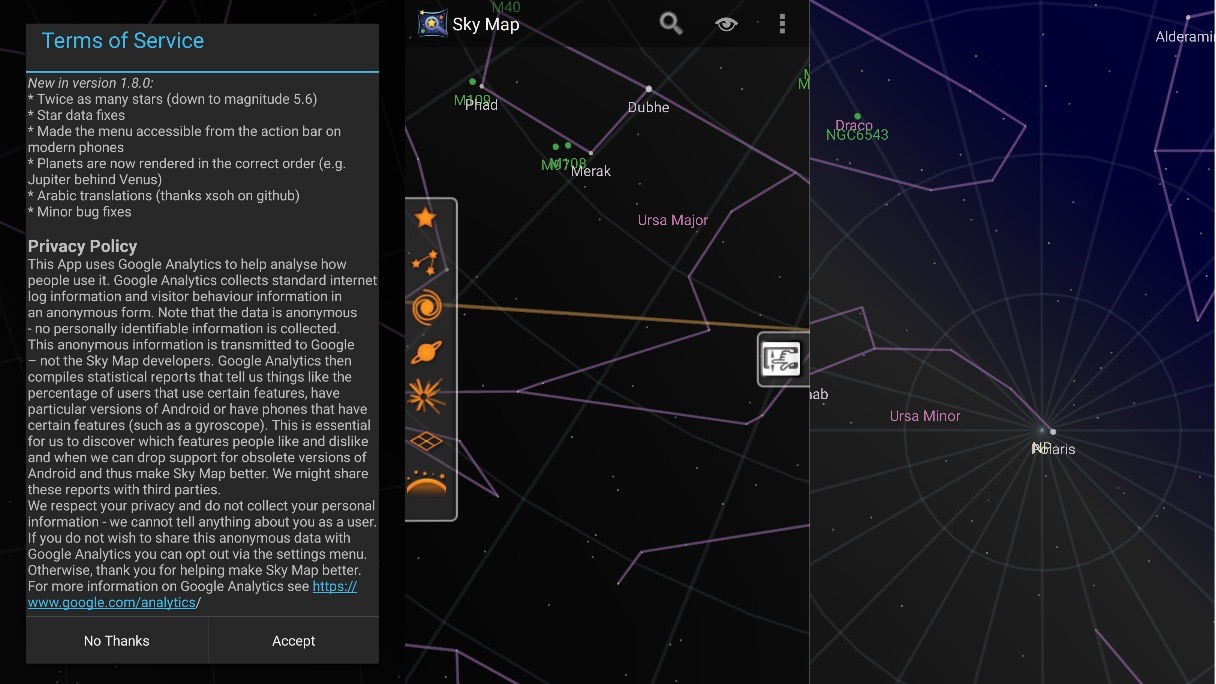 During the early days of smartphones, one of the coolest apps you could show off was an augmented reality-like stargazing app. At the time, Google made a free version called Sky Map. The app is showing signs of life again and received its first update in four years.

Sky Map was created by Googlers as part of their 20% time in 2011. The app allowed users to point their phone at the sky and see what constellations were in that direction. Users could add different layers to show stars, constellations, and planets, as well as a cool search feature that would help guide users to a specific object.

Google decided to open source the app and announced a development partnership with students from Carnegie Mellon University. The developer of the app switched hands from Google to Sky Maps Devs. Despite this, the app has not been updated since 2012.

As a result, the app looks wildly out of place with Material Design conventions. The main interface is a mix of Gingerbread and Ice Cream Sandwich UI elements, while the settings pane is in Holo. Back in the day, sensors on Android devices were not consistent and as such the app has sensor settings that allow users to change the sensor speed and add damping. Today’s update adds more stars and fixes some data errors. Additionally, several interface issues were fixed. Some of the changes come from Github.

It’s rather odd for an app to receive an update out of the blue. Hopefully, future updates to the app will at least bring a new interface.