Google Store is setting up a crazy huge claw game at SXSW, and we’re going to play it 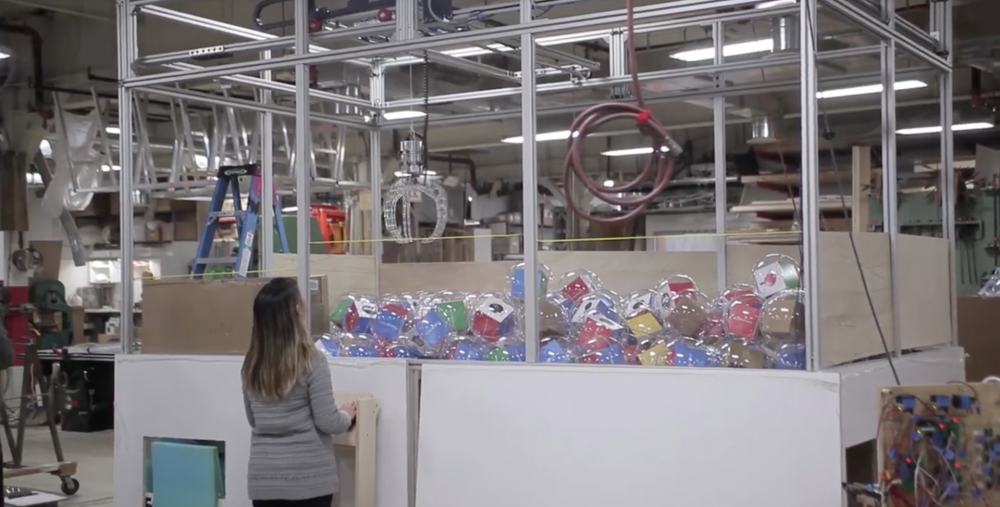 Google has typically had at least a little bit of presence at SXSW in the past, but we’ve never been there to cover it. That’s changing this week, and it looks like I already have some Google-y fun to look forward to. The Silicon Valley company is heading down to the Silicon Hills to set up a huge game called “I’m Feeling Lucky,” allowing anyone to try their hand at winning some Google Store swag…

The details are over at a Facebook event page:

We’ve got something big in store for SXSW this year. For the first time ever, we are launching “I’m Feeling Lucky” presented by Google Store! Test your luck (and skills) on the claw machine to win Google Store products including Chromecast, Android Wear, or even a shiny new Nexus!

Step into our bubble-booth and snag a selfie inside the claw machine itself! And don’t forget to share your experience using #GoogleStoreClaw.

Google says that the game is open to those with and without a badge, and looking at the below video, it looks like there’s going to be a huge variety of prizes. Chromecasts will probably be the low-hanging fruit, but there also seems to be a variety of Android Wear watches and Nexus devices up for grabs too. If you’re not at SXSW, Google says there will be instructions as to how to play along on its Twitter page.

This is our first year at SXSW, but we’re going to do our best to bring you as much coverage of Alphabet-related events and talks as they happen. If there’s something specific happening that you think we should hit up, drop me a line on Twitter. So far, we have a couple of talks (Chris Urmson from the self-driving car team, Regina Dugan from ATAP), and a Huawei event later in the week.

Here’s a little behind-the-scenes look at the “I’m Feeling Lucky” game, and stay tuned tomorrow when we get our hands on it ourselves!