While Google surprised us all by releasing the Android N developer preview last week, it hasn’t seen fit to announce a name for the software yet. Of course, that could simply be because it hasn’t thought up a name. After all, it didn’t see fit to finally confirm that Android 6.0’s ‘Tasty Treat’ name would be Marshmallow until late August last year, a couple of months after the dev preview dropped at Google I/O 2015.

Google took immense pleasure in trolling us over possible names for Android M, and it seems this year that it wants our opinion. According to one of Android Police‘s readers, the company is using its Opinion Rewards app to see what we think would be a good name for Android ‘N’.

Interestingly ‘Nutella’, the current front-runner on social media, isn’t even included as an option. However, we do have a number of popular options like ‘Nougat’ and ‘Neapolitan ice cream’ in the list.

Personally I’d love to see a savory option chosen for once. Google has said in the past that its naming is based on ‘tasty treat’ names and that it doesn’t necessarily need to be a sweet treat or desert. With that in mind, I’d throw my hat in the Android Nachos ring, although Android Napoleon does have an appeal. 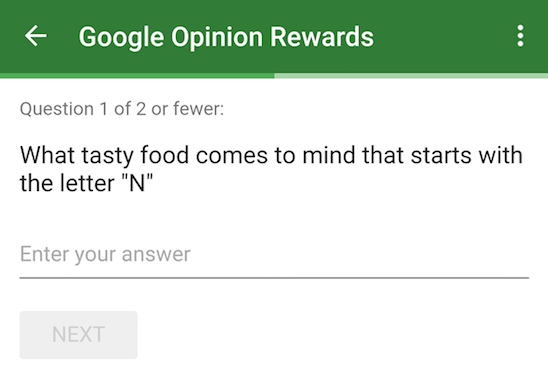 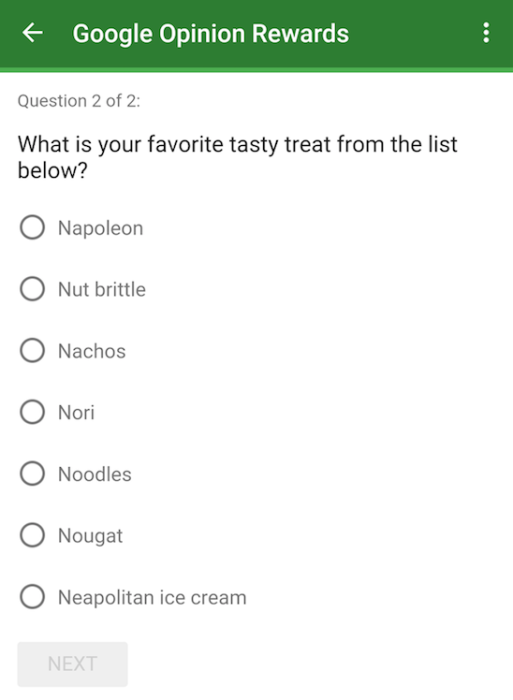 If you want to have your say, you can install the Google Opinion Rewards app for free and hope the survey comes up. None of us here at 9to5Google have seen it appear as an option yet, and it may not show up for you either since surveys are targeted and often region-specific. Or, you can simply take part in our poll.

What do you think the name should be? Select your favorite option from the list below.