While Samsung continues to make their phones harder to repair, LG’s devices remain relatively easy to fix. Modular internal components play a large part in iFixit giving the LG G5 the same repairability score as the G4 before it.

Getting into the phone is as easy as sliding out the removable battery module and removing two standard Phillips #00 screws. Being a long-time advocate of removable batteries to prolong a phone’s lifespan, iFixit is very happy with modular unibody phone. Additionally, the lack of adhesive and few screws on the main part of the phone is also considered a plus.

The only part that uses a significant amount of adhesive is the phone’s modular chin that houses the USB Type-C port, speaker, and several antennas. However, getting a chin replacement should be easy to do.

The teardown notes that LG used a different fingerprint sensor than the one found in the Nexus 5X. As most recently seen on the cheaper Nexus device, LG again uses spring contacts to attach many components inside the phone. In theory, it would be very easy to pull out a broken part and snap in a new one. Like on other phones, the display assembly is fused and would require replacing the entire part if the LCD or glass shatters.

iFixit praises LG for “finally figur[ing] out the modular unibody” and gives the G5 a 8/10 repairability score. They add that “the display is seamlessly mounted in the rear case, making for a luxury feel—while still maintaining battery access. We hope this trend catches on.” 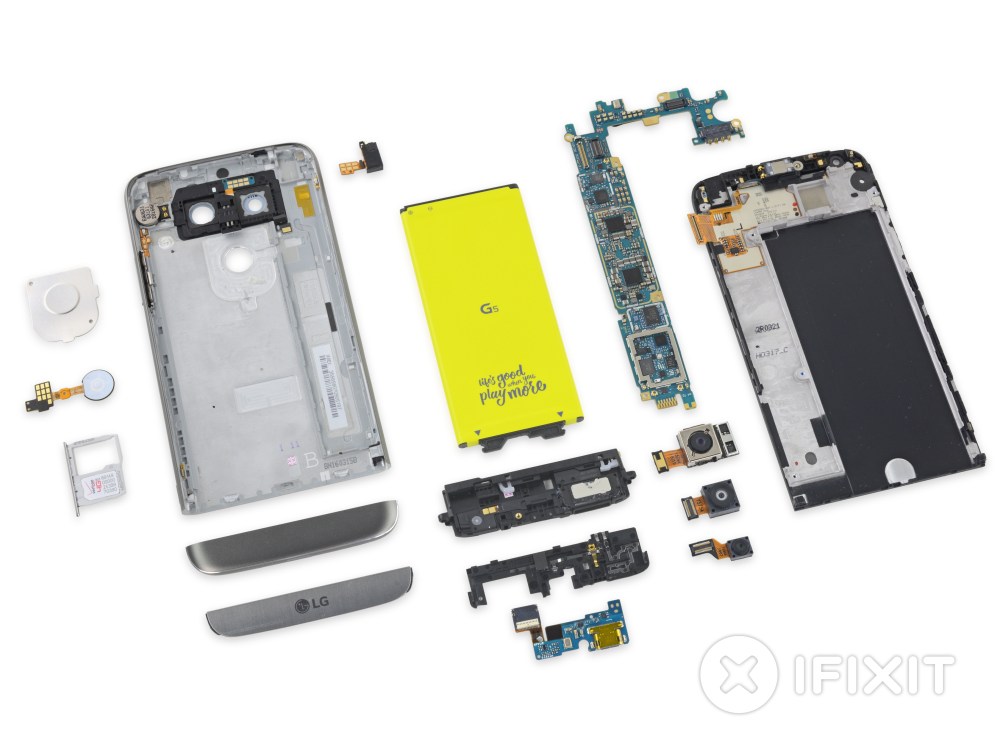