We’re pretty big fans of the Huawei-made Nexus 6P, even arguing at one point earlier this year that it was the best Android device available. Now, if a trademark filing is any indication, Huawei appears to be planning some sort of successor to the device as the company this month has filed for a new trademark for a device named the “Huawei 7P” (via Phandroid).

Unfortunately, the trademark filing doesn’t offer any indication for how the Huawei 7P might differ from the Nexus 6P. The description of the trademark clearly indicates that it’s some sort of smartphone, but doesn’t get too specific. The original application was filed on April 7th, but the document first surfaced today.

One possible scenario is that the Huawei 7P is actually a successor to the Nexus 6P without stock Android. Huawei has its own custom overlay for Android called EMUI that ships on devices like the Honor 5X and the recently announced P9.

It’s interesting to see Huawei move away from the combination that made the Nexus 6P such a well-liked and well-received device. People praised the device for its solid hardware and stock Android experience. But now, it looks like Huawei could be moving in the opposite direction and shipping a device with its not-so-well-received overlay. Earlier this year, we wrote that the EMUI was holding back the budget-friendly Honor 5X, so to see it ship on the likely high-end Huawei 7P is somewhat disheartening. 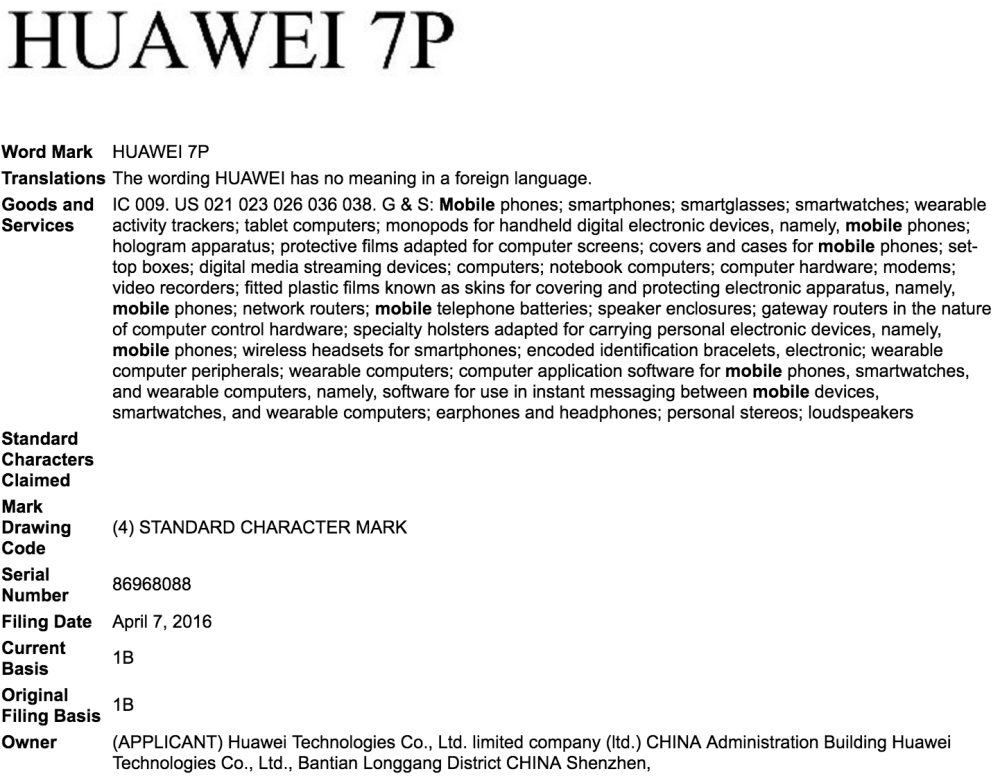 It would, however, make sense for Huawei to want to retain the brand that the Nexus 6P built for the company. With the ‘7P’ name and a solid hardware design, the device could be enticing even with Huawei’s custom overlay slapped on top.

Nevertheless, we’ll have to wait to get official confirmation from Huawei before assuming too much about this mysterious Huawei 7P. Would you be interested in a Nexus 6P successor without stock Android? Let us know in the comments.