iFixit teardown: Huawei P9 is easy to repair due to modular parts, but uses pentalobe screws 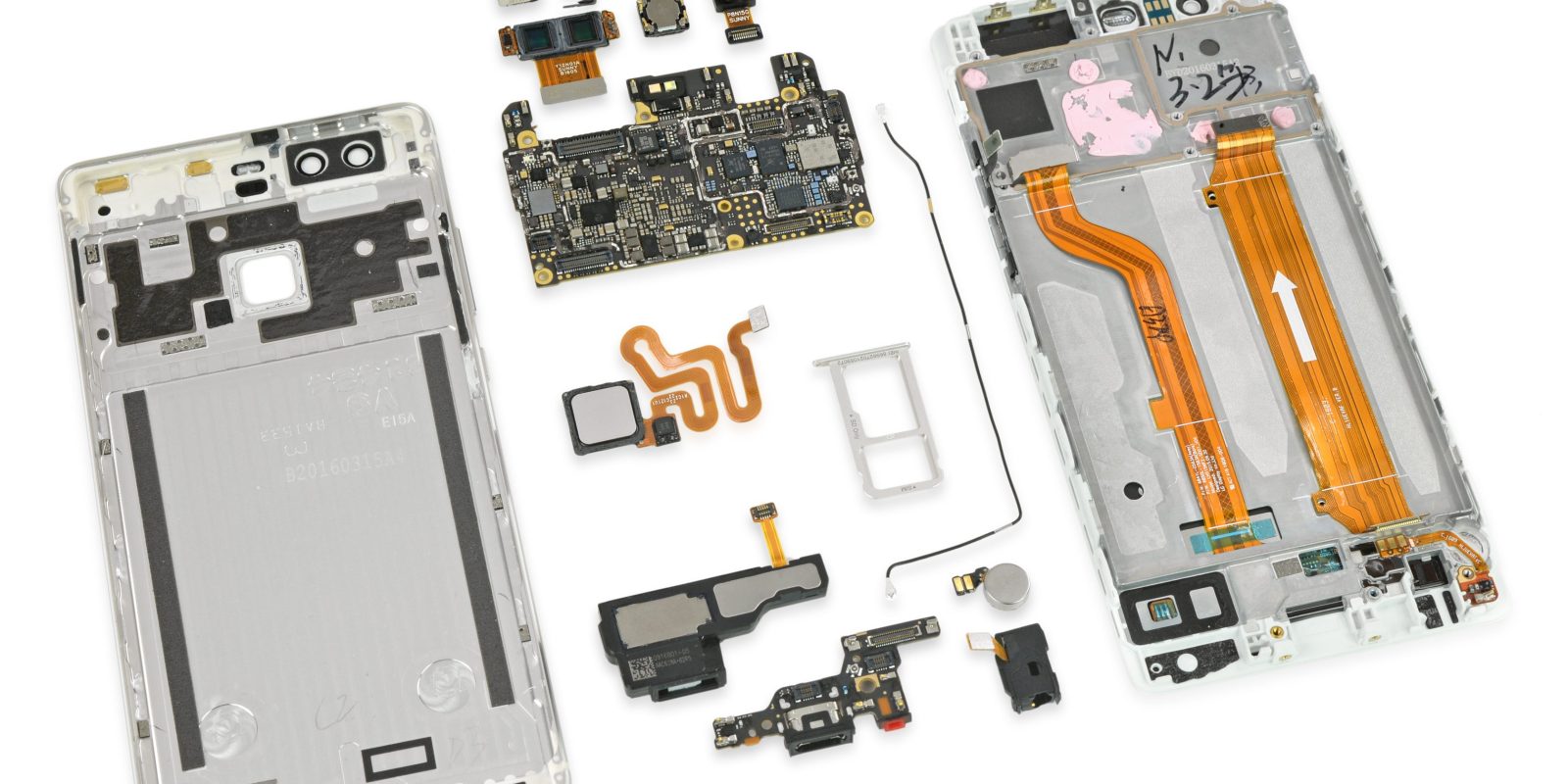 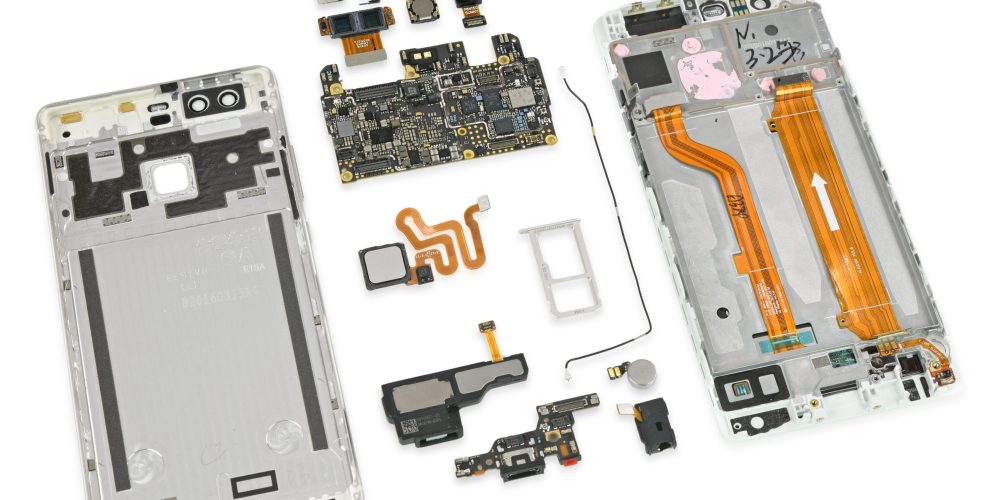 With a dual-camera system that takes good pictures, the Huawei P9 is an excellent hardware showing from the company. As usual, iFixit has a teardown of Huawei’s flagship and reveals an easily repairable device with modular components and easy access to the battery.

iFixit notes the many similarities — antenna bands, chamferred edges, and brushed aluminum — between the P9 and the iPhone, but applauds Huawei for having no camera bump. Unfortunately, the similarities extend to the use of two proprietary pentalobe screws in order to get into the device.

The teardown experts assail their use, saying “there’s no good reason to use pentalobe screws. They are shallow and have round lobes, making them excessively easy to strip. The only reason to use them is to prevent the average user from getting them out.”

Inside the device, the P9 uses a similar fingerprint sensor to the Nexus 6P and like the Nexus 5X has many modular components. The headphone jack and USB Type-C port easily come off without the need to de-solder. Spring contacts are used to connect the earpiece to the display assembly, while there are adhesive pull tabs under the battery for easy removal and replacement.

Like with most devices, iFixit quips that the display assembly is fused and replacement requires a complete disassembly of the phone. But with a 7 out of 10 repairability score, the Huawei P9 is one of the easiest flagship devices to repair.