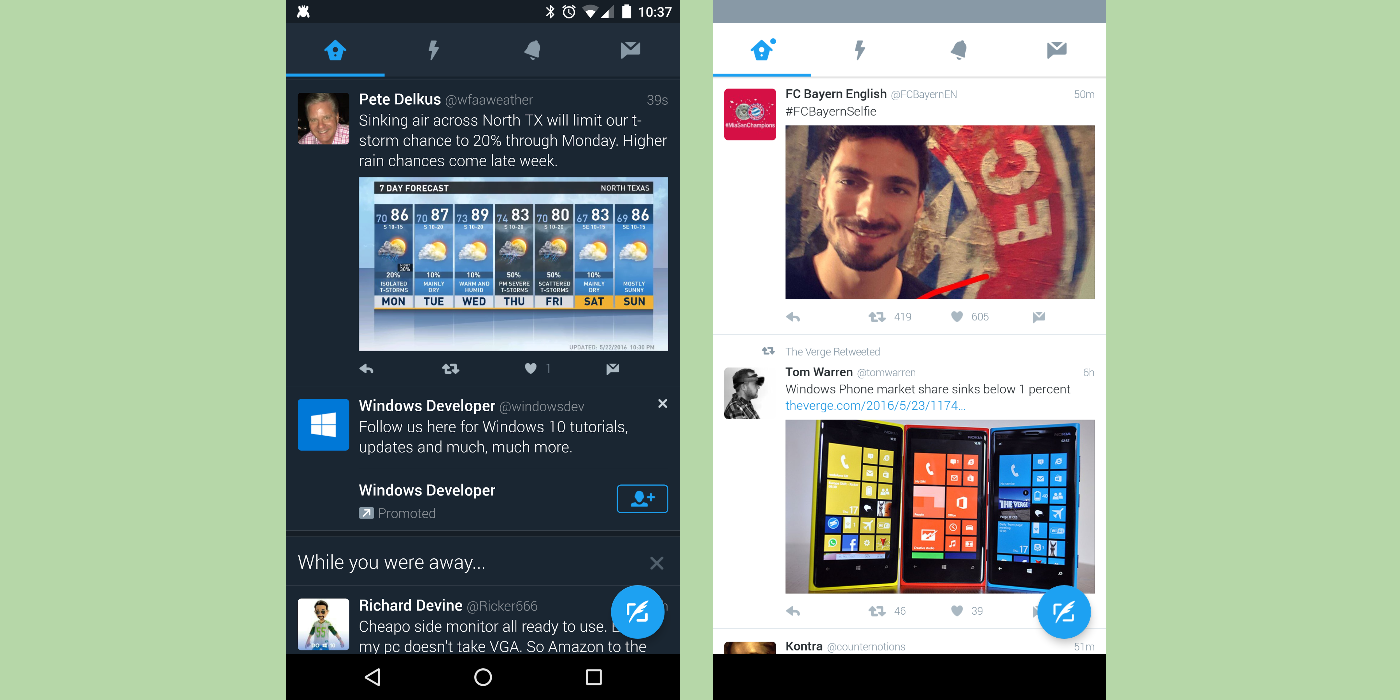 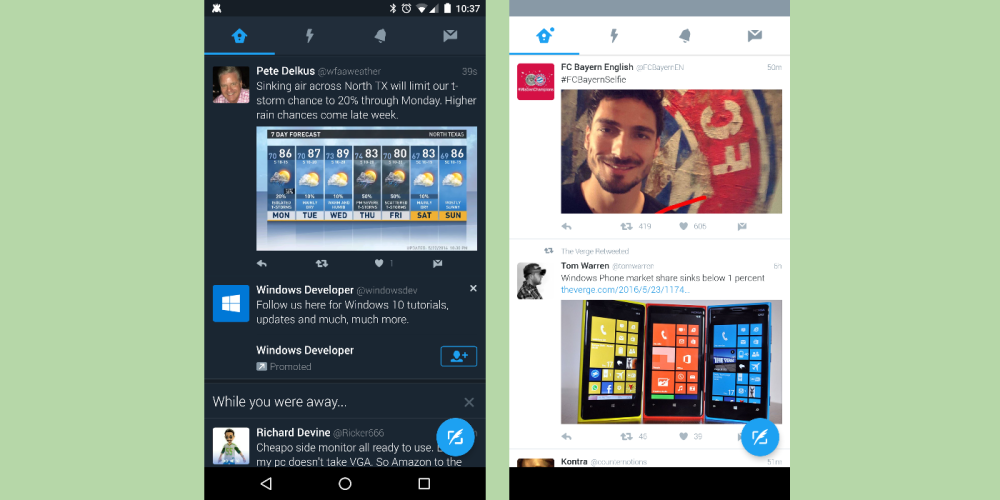 While the Android N Developer Preview 3 removed a system-level dark mode, apps can still automatically switch between day and night modes. Introduced as part of the Android Support Library 23.2 in February, developers can now easily add a night mode that switches based on the time of day and location. Twitter appears to be A/B testing a night mode in the alpha version of its app.

Twitter’s night mode swaps out white with a dark blue color. This particular user is on the latest Twitter alpha (5.112.0-alpha.423) and reported that the app automatically reverted back to a white day mode in the morning. Furthermore, there was no option in the app to manually switch off the night mode.

The night mode shown here is active on top of the Material redesign of the Twitter app. Spotted last month, the app makes use of tabs for the Timeline, Moments, Notifications, and Messages. Some variants have a hamburger slide out, while others use a three dot overflow menu to access the profile and other settings. The app also returns to using a FAB to compose a new tweet.

Twitter is usually discreet with A/B testing, but it is highly likely that the app is using the new feature found in the Android Support Library. The company has yet to even officially announce the Material redesign of its Android app that quite a few users are now seeing.

It might be a while before this Alpha features makes its way to the stable version of the Twitter. Hopefully, Twitter will add more controls over the mode before then. Users who want to sideload the latest alpha APK should note that even on this version A/B features are rolled out server side.