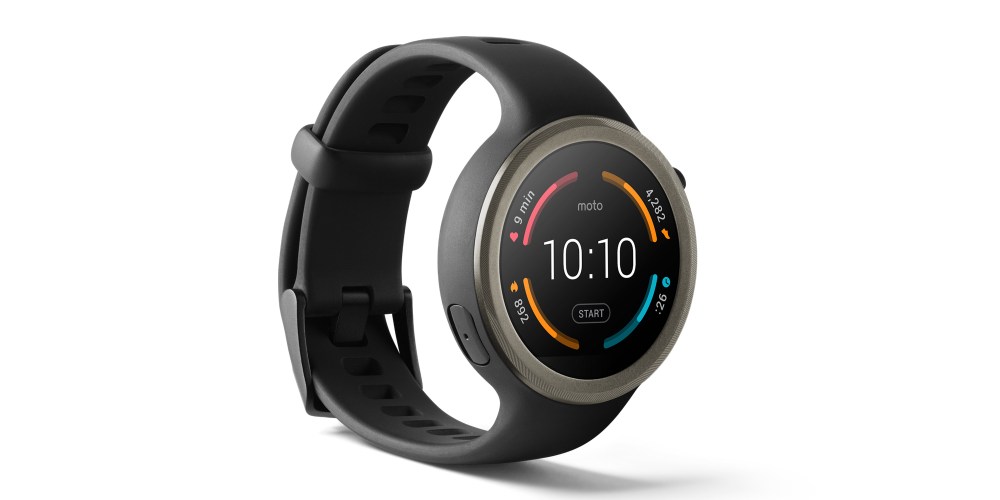 The Moto 360 Sport, which we said earlier this year is the best Android Wear fitness solution so far, has today popped up on Amazon for a new low price of $161.32 shipped. That may not be as great of a deal as the crazy bundle that Motorola offered last week (which combined the Moto X Pure and the 360 Sport for just $400), but it’s the best deal we’ve seen yet for the watch by itself. $161.32 is about $40 less than the current going price of $200 and $140 less than its original retail price of $300…

Despite the fact that we — and many others — thought the watch was a decent offering from the now Lenovo-owned company, it seemingly didn’t do too well in terms of sales. After a short stint of only a few months, the watch was pulled from the Google Store last month.

This deal is unfortunately just for the standard 45mm black model, but you can also find the white and red models at Amazon for $200. No matter which one you go with, you’re getting an Android Wear-powered smartwatch that offers great visibility in the sun, a super comfortable (although not interchangeable) watch band, and a collection of fitness features preloaded by Motorola.

Here’s a quick look at the product’s features: