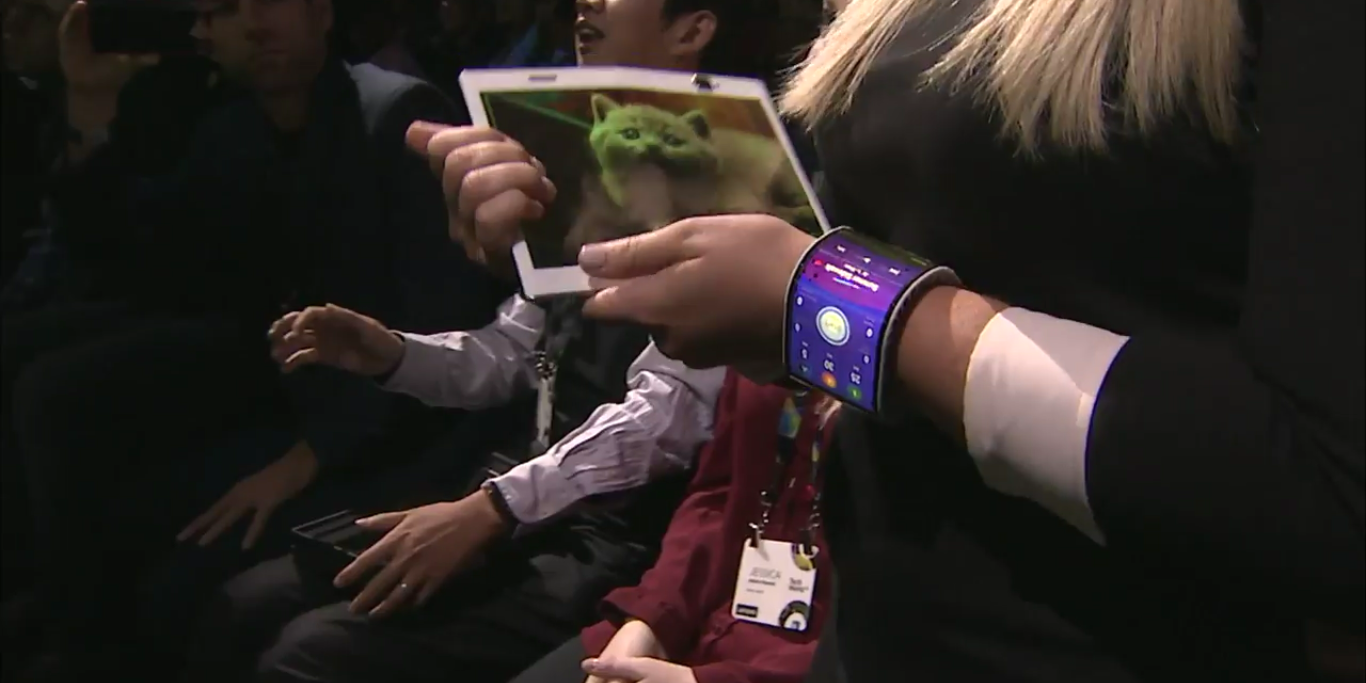 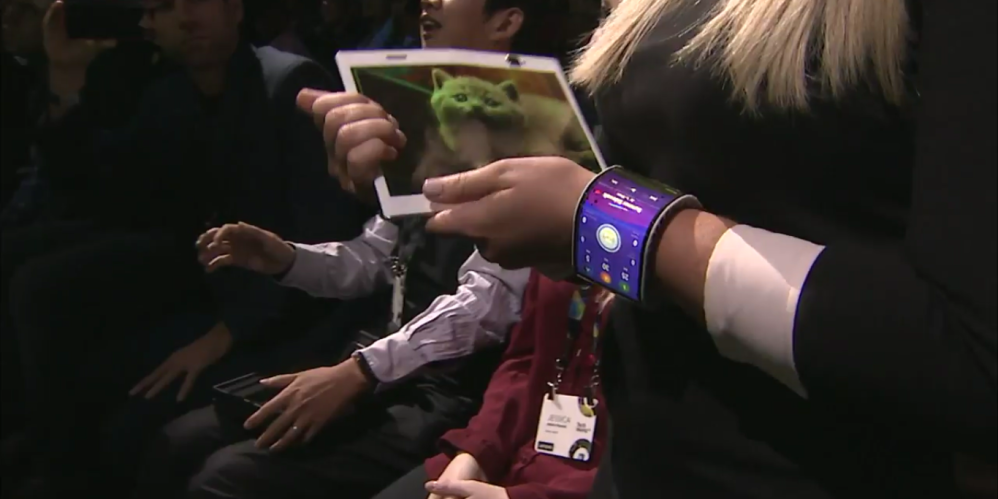 Framed as a way to reduce the number of devices a person needs to carry, Lenovo showed off a pair of devices with foldable and flexible screens at Tech World 2016. The first is a phone that bends into a wearable bracelet and the second is a tablet that folds in half and converts into a phone. Both devices were functioning, and it seems the tablet runs Android.

Lenovo CTO Peter Hortensius spoke of how in addition to flexible screen technology, other components — like the battery and motherboard — have to bend. Another issue involved is maintaining the rigidity of the device so it can fold back into a slab.

The prototype phone is quite narrow and features a large bulge at the bottom that likely houses many of the more delicate components that cannot bend. In a render video, the phone wearable is running Android and has a rubbery back and rubber frame inside to provide support.

The second device shown off in the live demo was a tablet clearly running Android, as seen by the bottom navigation bar. A hinge on the center rear of the tablet allows it to bend in half. When folded, it looks like two back-to-back phablets and specifically the Galaxy Note Edge due to the folded screen on the right hand side. In the video below, the OS is shown adapting to whatever form factor the device is in.

Lenovo says these are of course not products ready for the market, but rather a sign of things to come in the future.