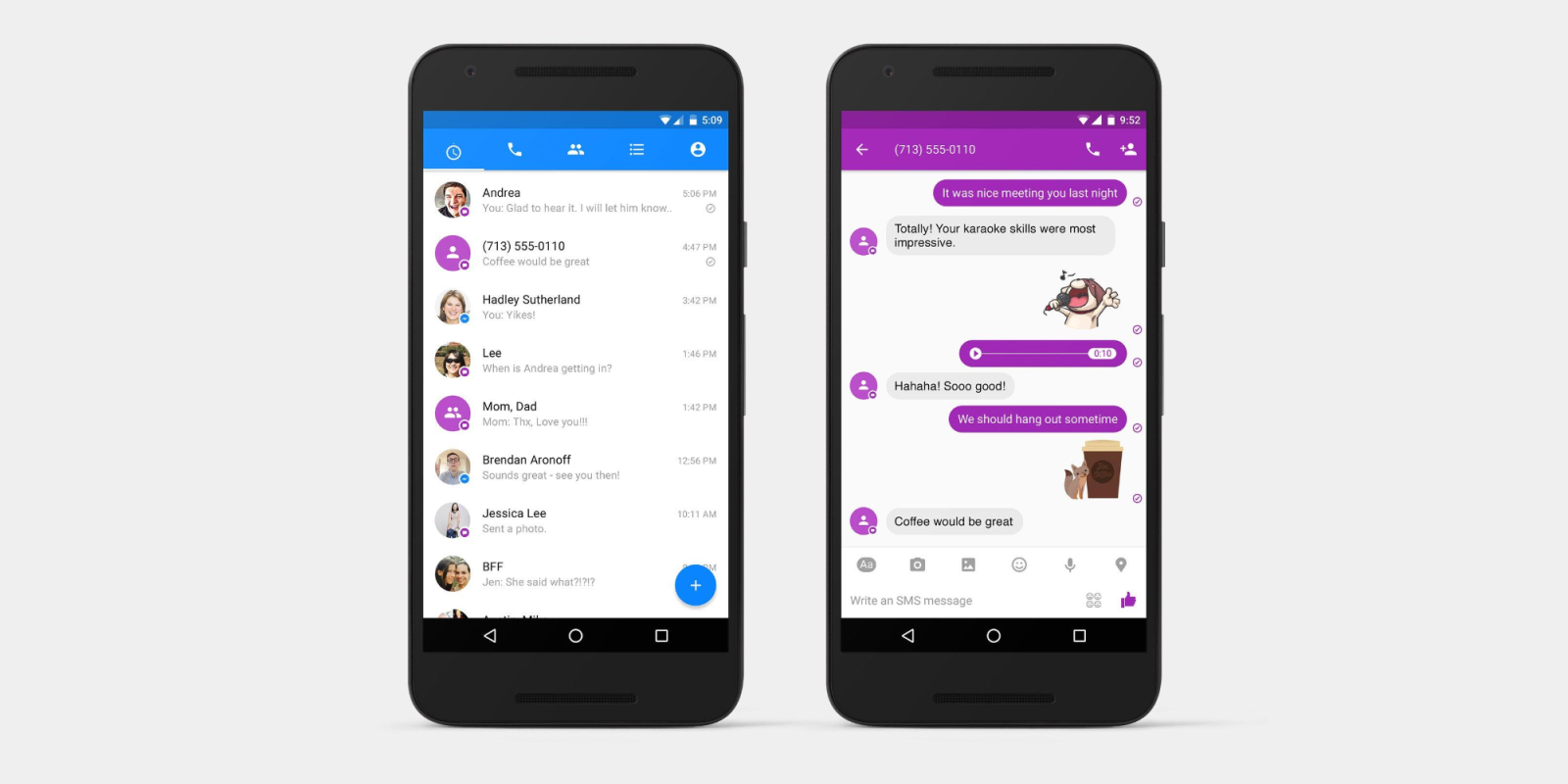 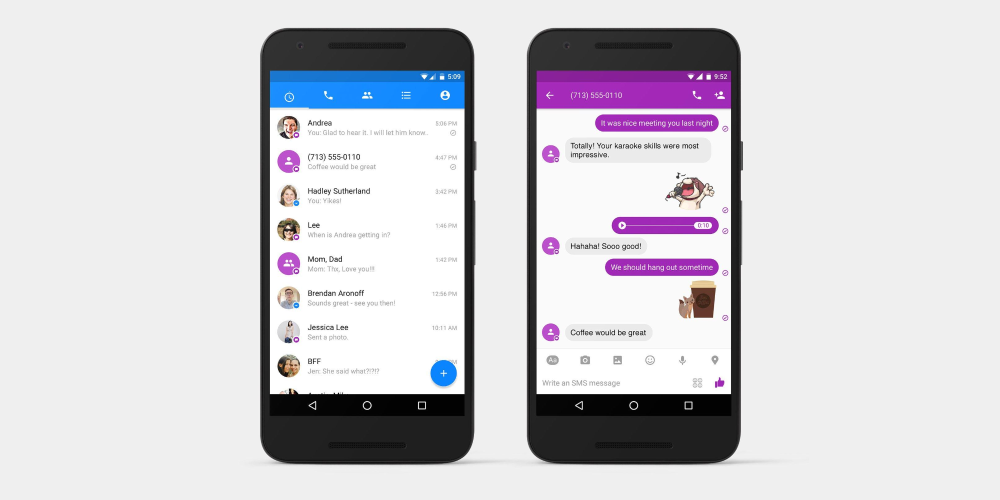 Facebook Messenger is increasingly a good citizen of the Play Store by adopting the latest Android features and having a Material design. Now, after a few weeks of testing, Facebook has officially announced that Messenger can now send and receive texts as your default SMS client.

Technically, this is not the first time Facebook Messenger gained SMS integration. The feature was removed due to a lack of use in 2013, but with Messenger now being one of largest communication apps, Facebook likely wants to become the only messaging app on your phone.

Unlike in Hangouts or iMessage, SMS threads are separate from other Facebook messages. On the main screen of the app, text messages have a purple profile image. Verified users can show their own image with a small purple icon denoting SMS threads at the bottom right.

The purple motif carries over to the conversation view with purple messages instead of the default blue and a purple status and action bar. Messenger recently added the ability to customize message colors on a user-by-user basis, but that feature does not show up for SMS.

To enable, users might first need to verify their phone number with Facebook. After receiving a text message, SMS will show up in the profile tab at very right. There are options to auto-retrieve SMS and toggles for roaming auto-retrieve and to make Messenger the default SMS app. Tapping the latter option will bring up a system prompt on Marshmallow and above to confirm.

SMS supports is rolling out today as part of version 75 of Facebook Messenger.

Get all your messages in one place on Android starting today! SMS on steroids come to Messenger pic.twitter.com/mpnfSyyEQB