We’re at the OnePlus 3 pop-up event in London, and the line is iPhone long [Gallery] 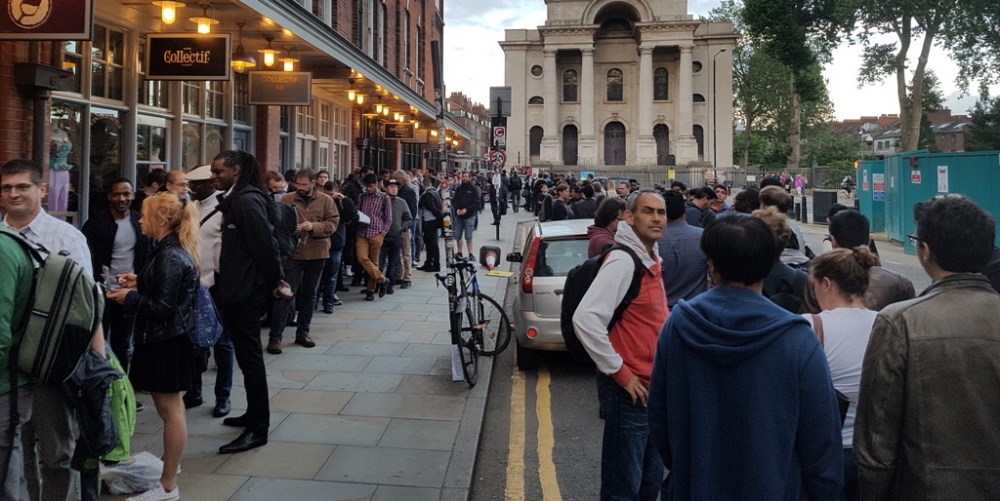 Our own Edoardo Maggio is in London today, attempting to get his hands on the newly-announced OnePlus 3. But surprisingly for him, and us aswell, the line to get a chance to touch the phone — and a limited number of people, buy it — is just ridiculously long. iPhone long…

We’re getting mixed reports, but apparently one OnePlus employee came out saying that the line was too long and that most folk wouldn’t be able to make it in. One employee said that the company was already out of OnePlus 3 stock, but another said there were plenty of units up for grabs. I guess these hundreds of people will find out soon.

One kind OnePlus employee did come out to give Ed a quick hands-on with the phone — the rep even let him take photos of the phone in action. The company was also walking down the line handing out codes for a free case that you can redeem upon purchasing the OnePlus 3.

Check out the gallery below: